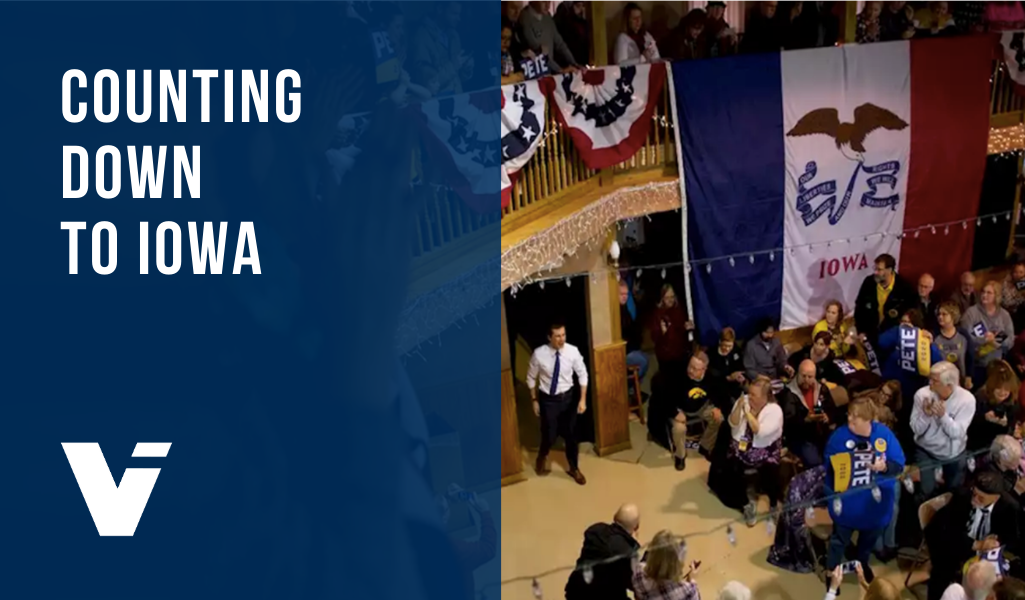 The 2020 election in four defining narratives

The 2020 Democratic primary has been a chaotic affair with dozens of candidates and plenty of drama. But the race leading up to Iowa can be distilled into just four simple narratives.

Just days away are the Iowa Caucuses, which mark an important stage in presidential primary campaigns the first ballot results. Here, I reflect on the past year of primary politics and review the narratives that have thus far defined the race.

Throughout much of 2019, the main contenders for the Democratic nomination were former Vice President Joe Biden, Senator Bernie Sanders, and Senator Elizabeth Warren. By October of 2019, these candidates were firmly in the upper tier of polling while Senator Kamala Harris and Mayor Pete Buttigieg battled it out for a distant fourth place.

However, these national numbers started to diverge from early-state polling when in October Buttigieg’s strong ground game in Iowa started to pay off. Buttigieg surged and briefly led the field in Iowa polling from mid-November to the end of December. Buttigieg has seen similar support in New Hampshire and has now firmly established himself in national polling as a major candidate with about 7% support, tied with former New York City Mayor Michael Bloomberg, who is not competing in early-state contests.

Buttigieg’s status as a frontrunner was firmly cemented at the sixth Democratic debate after he withstood blistering attacks from both Senators Amy Klobuchar and Warren. Klobuchar went after Buttigieg’s experience, emphasizing that he has only been elected the Mayor of a small city and has never won a statewide office like herself.

He was also attacked by Warren–and eventually the rest of the stage–for spending time with wealthy donors at “wine cave” events–high-dollar fundraisers. Buttigieg answered that the donors at his “wine cave” events only contributed $2,800 each, which is the maximum amount of money that federal law allows individuals to contribute to a political campaign. Warren countered that the problem with his fundraisers was that he was selling access to his time to the wealthiest in American society.

Buttigieg fairly pointed out that Warren used to attend similar events during her Senate campaign and even transferred money raised from those events to her presidential campaign. Ultimately, Buttigieg’s time in the hotseat did not significantly hurt his campaign, and he is still a top contender in the upcoming Iowa Caucuses.

Following Warren’s entry to the race as a staunch progressive, the question of who would consolidate the Democratic left loomed. The answer to this question may break along demographic lines, as Sanders’ support is relatively younger, less white, and more working class.

Warren has vied for these voters with her progressive policy proposals, but she also receives considerable support from affluent white voters. In national polling, Sanders and Warren were neck and neck throughout the summer. But in the fall, Sanders’ support took a hit and Warren surged. Her support peaked in October, when she briefly seized first place over Biden in the RealClearPolitics polling average.

In the same period of time, Sanders has seen his support rise from a nadir of 14% after his heart attack to 24% today (+10%). Likewise, more moderate candidates like Bloomberg and Klobuchar have seen a combined increase of 10% in their national polling support since the end of October.

One explanation for Warren’s fall is that she has been pinched for support from both the left and right of the party after releasing her Medicare for All plan in October. Indeed, after releasing her plan Warren received criticism from the left that she lacked the commitment to pass single-payer healthcare as well as criticism from the right of the party that her plan was unrealistic.

Despite her recent fall in the polls, Warren remains a top contender in the early states. Recent endorsements from the New York Times and Des Moines Register may give her campaign the boost it needs to have a strong showing on Caucus night.

In a 2019 October surprise, Bernie Sanders had a heart attack. With the Iowa Caucuses just four months away, the media raised questions about Sanders’ chance at the nomination, with Politico reporting that the event had “cast a cloud of uncertainty” over the future of his campaign.

In a CNN interview following his heart attack, Sanders was asked if he was considering dropping out. Even more worrying, the heart attack came at a time when Warren seemed to be consolidating her status as the progressive alternative to Biden.

Questions of whether the left was abandoning Sanders were halted when just days later, Representative Alexandria Ocasio-Cortez–a rising star on the Democratic left –gave an enthusiastic endorsement of the Vermont senator. Her support for Sanders was quickly bolstered when two other progressive House congresswomen, Representatives Ilhan Omar and Rashida Tlaib, endorsed Sanders as well.

Surprisingly, Sanders’ support for the Democratic nomination after his heart attack has seen a steady upward trend. In terms of key progressive endorsements, Warren had an edge when the Working Families Party endorsed her over Sanders in September.

But after Sanders’ heart attack, he secured the endorsements of major advocacy groups including Dream Defenders, People’s Action, and the Center for Popular Democracy Action. More recently, the Sunrise Movement–a national youth-led movement advocating for political action on climate change–gave an overwhelming endorsement (76% of voting members) of Sanders.

In the final weeks leading up to Iowa, Sanders has nabbed the endorsements of both co-chairs of the House Progressive Caucus, Mark Pocan and Pramila Jayapal. These endorsements, combined with recent polls, have suggested that Sanders has edged out Warren as the standard-bearer of the progressive-left heading into Iowa.

One of the biggest questions leading up to the launch of the 2020 Democratic primary race was who would emerge as the establishment favorite. While Secretary Hillary Clinton was the undisputed party favorite heading into the 2016 primary, the waters have been murkier leading up to 2020.

Between Biden failing to consolidate support from former Obama and Clinton staffers, to Obama himself signaling that he would not endorse Biden in the primary, it is clear that the party has not decided on Biden.

Unlike Clinton before him, Biden had been expected to go up against many younger and flashier establishment candidates and media favorites such as Beto O’Rourke and Senator Kamala Harris.

Ultimately, O’Rourke’s campaign failed to gain any traction. Harris had a breakthrough moment after confronting Biden on bussing in the first Democratic debate. However, she failed to turn her post-debate surge into a long-term, formidable campaign. In a shock to many, Harris suspended her campaign in December, citing insufficient campaign funds.

Meanwhile, Biden has held his steady front-runner status at about 27% support nationally despite his tendency for gaffes on the debate stage and campaign trail.

Although Biden has held a steady lead in national polling for the majority of the pre-Iowa primary season, the latest polls suggest a narrowing race just a week ahead of the Iowa Caucuses. Biden’s lead over Sanders has shrunk from 12 points in December to nine in January to just four today. Additionally, four of the eight polls in the polling aggregate have Biden and Sanders in a statistical tie for first.

All-in-all, it is far too soon to predict who the Democratic nominee will be. With just days to the Iowa Caucuses, two things are clear: Biden is the candidate to top and Sanders has the momentum. But surprises may lie ahead in this primary election cycle, and the Democratic Presidential primary is still anyone’s game.

NPR - Buttigieg Is On The Rise, But Has Work To Do Winning Over Young Voters

James Bonanno ‘20 is majoring in neuroscience and cognitive science. He has interests in American politics and international relations.