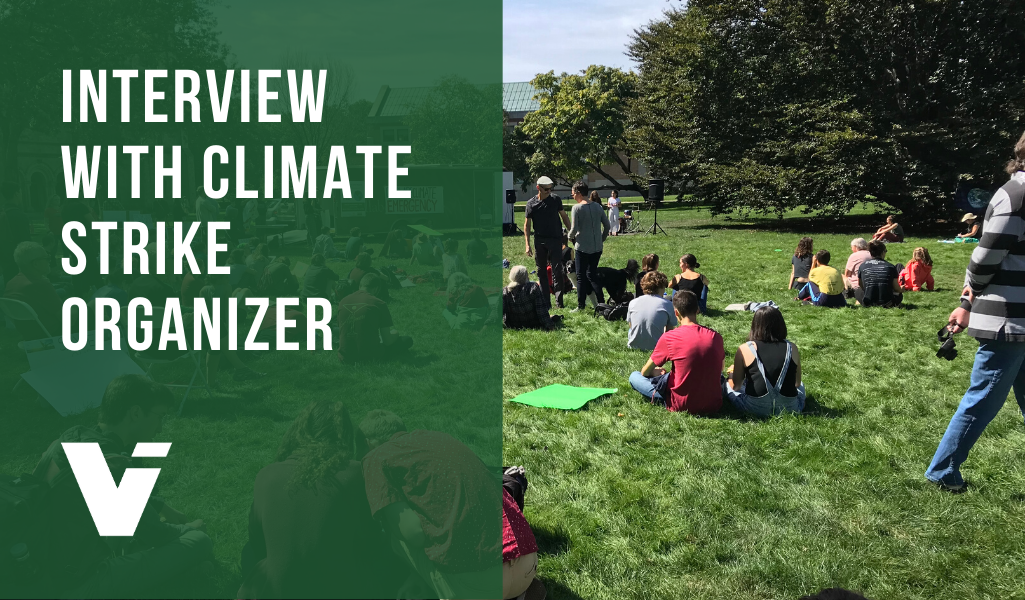 An interview with one of Vassar's climate strike organizers

Last week, Vassar held its own climate strike as part of a global effort by generation Z to bring attention to the imminent threat posed by climate change. Hallie Carton sat down with Rachael Kraft to learn more:

Carton: To start out really broadly, what is the purpose of the climate strike?

Kraft: In general, the purpose of a strike is to disrupt the everyday flow of life, and to bring attention to issues that are not being properly addressed. In striking for the climate, we as students are showing our leaders that we are willing to sacrifice our education in order to ask our leaders to protect our futures. Why should we continue to go about business as usual when we might not have a future?

Carton: This strike is occurring just three days before the UN Climate Summit in New York City. People across the country are demanding trans-formative action and legislative change. What policies would you like to see implemented?

Kraft: In the United States, climate strikes are demanding that politicians support and sign on to the Green New Deal—or some variation of it—, which is a proposed piece of legislation aimed at addressing climate change and inequality. It includes comprehensive governmental action in getting the United States off fossil fuels, creating millions of new jobs in renewable energy, and addressing environmental injustice.This injustice includes the disproportionate harmful effects of climate change felt by people of color, women, immigrants, members of the LGBTQ community, native peoples, and other marginalized identities. We need our government to embrace a Green New Deal now: our wishy-washy climate policies thus far are sabotaging the future of the human race.

Carton: We're about a year away from the next presidential election. Which current candidates do you think have adequate climate change plans?

Kraft: Almost all of the democratic candidates for president support the Green New Deal or have their own climate plan, much to the credit of former candidate Jay Inslee, as well groups such as the Sunrise Movement who have brought the climate crisis to the forefront of the discussion.

Senator Bernie Sanders seems to currently lead the race, with the most aggressive policy proposals against the fossil fuel industry and for cutting greenhouse gas emissions. Following are Senators Elizabeth Warren, Kamala Harris, and Cory Booker, as well as former Representative Beto O'Rourke, who all bridge the gap between climate change and social justice, and allocate 3 trillion+ spending plans to achieve their goals to limit carbon emissions and create new jobs.

Personally, I believe the candidates with the most adequate climate plans are Senators Bernie Sanders, Elizabeth Warren, and Kamala Harris.

Carton: What role do you think Vassar can play in the fight against climate change?

Kraft: As an institution of higher learning that aims to educate and best prepare its students for the future, as well as to promote social justice on a large scale, Vassar needs to do better in the fight against the climate crisis. For almost a decade now, the board of trustees has vetoed our efforts to convince them to divest Vassar's endowment from fossil fuels. Until they do so, Vassar is undeniably linked to the profit of the corporations that are destroying our world.

It should not be the students' jobs to fight for our future, yet here we are. As Vassar students, we have the capabilities to know what our institutions must do, and the privilege to fight for these actions. We must demand that our climate action plan be fulfilled, that sustainability be a leading factor in every decision the College makes, and that Vassar is an example to other institutions and communities as a beacon of the future, not of the past.

Carton: How hopeful are you for the future of the planet?

Kraft: It is hard to be hopeful, but we need to be. In order to fight every day for a future in which we are prosperous, we need to be able to envision that future in brilliant colors. We the people have the power, and as soon as we realize that, the minuscule table of fossil fuel executives and corrupt politicians holding us back will not look so high and mighty anymore.

As a side note, I readers to look up/join movements such as Sunrise, who organize people from every walk of life to demand a livable future.

‍Business Insider - Goldman Sachs released a 34-page analysis of the impact of climate change. And the results are terrifying.

‍Vox - US politics is stuck. Can the climate movement shake it loose?