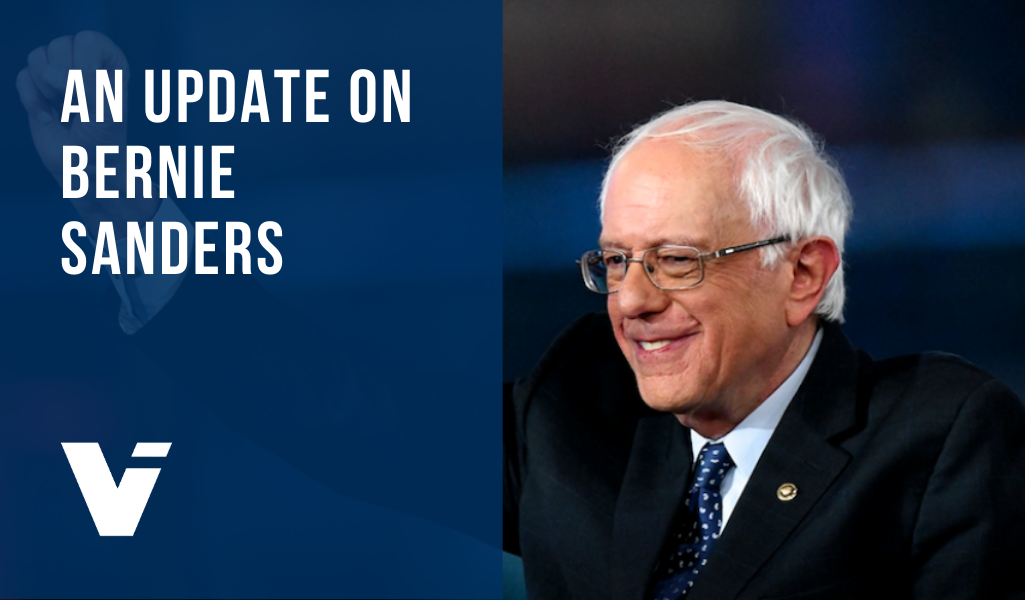 An update on the Bernie Sanders campaign

It is becoming more apparent each day that Vermont Senator Bernie Sanders is not the political juggernaut who some had expected to define the 2020 primary. Throughout September, Sanders has held a firm third-place position in the race, behind Massachusetts Senator Elizabeth Warren and former Vice President Joe Biden.

For a candidate who received 43% of the Democratic primary vote and repeatedly set fundraising records in 2016, Sanders is consistently underperforming in the polls. The Vermont senator’s national polling average has been stagnating at around 16 percent, while Warren—who has adopted much of Sanders’s progressive 2016 platform—has continued to gradually pull ahead of Sanders in terms of polling numbers, endorsements, and media coverage.

In the state of Iowa, whose crucial first-in-the-nation caucus will set the tone for the rest of the primary race, Sanders has averaged only 12% in the latest three polls (as of late September). In two of the three, he’s in third place behind Biden and Warren. It is evident that most of the 48% of Iowa Democrats who backed Sanders in 2016 have abandoned him.

However, Sanders has continued to excel in terms of small-dollar fundraising. Despite pledging not to accept money from corporate PACs, private fundraising events, or executives in the fossil fuel, pharmaceutical, or insurance industries, Sanders has become the first 2020 Democratic candidate to receive donations from 1 million individual donors.

Sanders has announced several major policy proposals in the past month. The most recent was a wealth tax that would be levied upon households whose net worth exceeds $32 million. Sanders’s proposal would tax wealth at much higher rates than the wealth tax Warren proposed in January, which has since become a centerpiece of her campaign.

While the wealth tax would theoretically raise trillions of dollars that could be used to pay for Sanders’s other ambitious proposals, some have raised concerns that a wealth tax might be declared unconstitutional by the conservative-leaning Supreme Court, or that it might incentivize the wealthy to exit the United States, undermining the tax’s ability to raise revenue.

On one hand, zoning reform and increasing the supply of housing have become part of the technocratic consensus on housing affordability among both the left and the right. However, rent control is widely viewed by economists as a bad policy that ultimately makes housing more expensive by disincentivizing construction while reducing the geographic mobility of renters.

In the September 12 Democratic primary debate, Sanders stood out for his vigorous defense of single-payer healthcare. However, his favorable and unfavorable ratings barely budged after the debate. This is not unexpected, since most Democratic voters are already familiar with Sanders’s consistent message and persona from his 2016 campaign. Unlike in 2016, Sanders now shares the stage with several candidates who have adopted similarly progressive messages, making it more challenging to win over new supporters through his issue-oriented debating style.

One bright spot for the current position of the Sanders campaign might be the ideological and racial diversity of his current support base, relative to his progressive rivals. Other progressive candidates, like Warren and South Bend mayor Pete Buttigieg, draw support disproportionately from white—and in Warren’s case, liberal—Democrats. Buttigieg and Warren are supported by 28% and 9% of white Democrats, respectively, but both have less than half that level of support with black and Hispanic Democrats. And Warren in particular is supported by nearly 30% of self-identified liberal Democrats but only a mere 6% of Democrats who identify as conservative.

Meanwhile, Sanders is the candidate with the second-highest level of support among black and Hispanic Democrats, and is even supported by a higher percent of Hispanics than whites. He is also the second-most popular candidate among conservative Democrats, with about 13% of their support.

Why might the diversity of a candidate’s coalition matter? Besides potentially making it easier to build bridges across sectors of the party establishment, having a diverse coalition can help a candidate accumulate delegates more efficiently in the Democratic primary process. A candidate needs to clear 15% of the primary vote in a state in order to receive any of its statewide delegates (which make up about 35% of total delegates).

Sanders’s progressive rivals might have to worry about not meeting the 15% threshold—and therefore being “shut out” from receiving statewide delegates—in places where white liberals make up a very small portion of the electorate, such as Georgia and South Carolina. This is much less of a danger for Sanders because his support is more ideologically, racially, and geographically diverse.

There is plenty of time for the Sanders campaign’s fortunes to change before the Iowa caucuses in February. But right now, it should still be searching for a breakout moment that can position Sanders as a true threat to frontrunner Joe Biden.

Note: Polling numbers cited in this article were accurate as of the end of September 2019. If you’re reading this article later than that, the polling averages that I link to may have changed quite a bit!