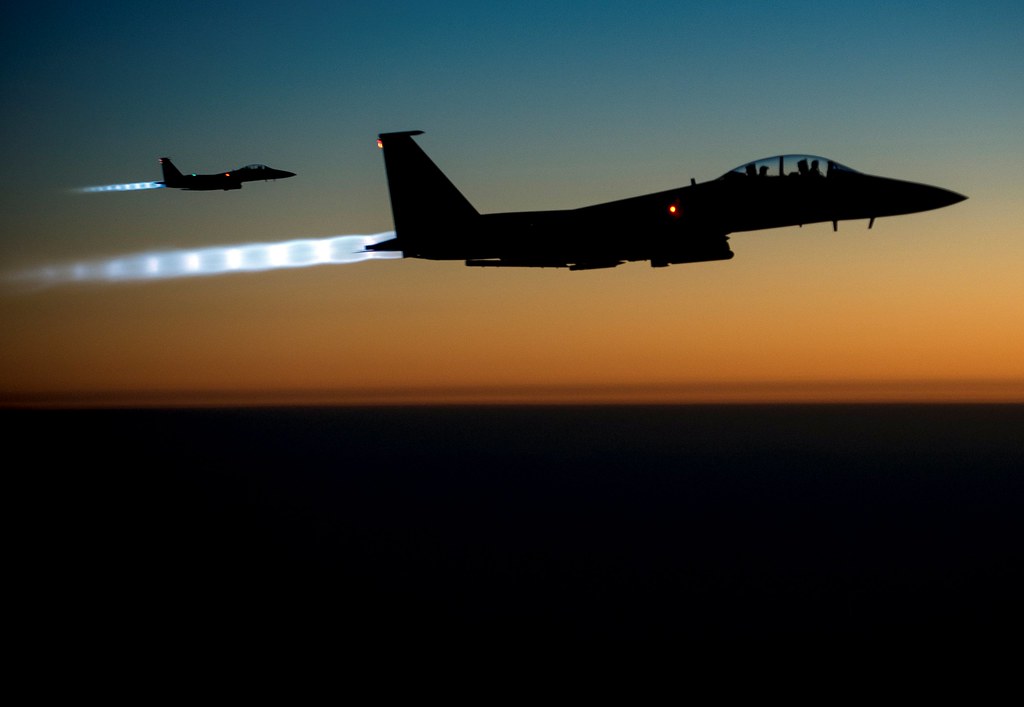 On February 25, President Joe Biden took the first major military action of his presidency in eastern Syria near the Iraq border. The airstrikes were sent in response to three Iranian-backed military attacks against American forces and the U.S. embassy in Baghdad. Most notably, the attack on February 15 targeted U.S. soldiers at a military base in Iraqi Kurdistan, killing a U.S. contractor and wounding five Americans.

Pentagon Spokesman John Kirby called the attack a “proportionate military response” that “destroyed multiple facilities at a border control point used by a number of Iran-backed militant groups.” The target was confirmed to be used by the same Iranian-sponsored Shia militias responsible for the attacks on U.S. forces. Several militants were killed as a result.

The Pentagon’s rationale for the airstrikes was to send a clear message to Iran in order to deter future attacks and to show the strength of the United States. Asserting dominance is seen to be vital, according to the Biden administration, to putting the U.S. in a strong position to revive the Joint Comprehensive Plan of Action (JCPOA), more commonly known as the Iran Nuclear Deal.

The U.S. is seeking to start negotiations to re-enter the JCPOA after the Trump Administration withdrew from the agreement in 2018. In the current administration’s view, making it clear that the United States will not tolerate attacks on its servicemembers is essential to these negotiations, which are intended to reduce tensions in the long term.

Even Trump’s former secretary of state, Mike Pompeo, echoed this notion: “We’ve got to make sure we deter the Iranians. Appeasement will only be rewarded with more terror.”

This was demonstrated in January, when former President Donald Trump hesitantly fired on an Iraqi base. The result was a deescalation with Iran through deterrence.

For the most part, Biden’s actions have been met with support from both sides of the aisle. South Carolina Senator Lindsay Graham (R), who has been highly critical of Biden thus far, tweeted his support for the strikes: “Appreciate Biden Administration striking Iranian-backed militia groups in Syria who’ve been pushing attacks against American forces in Iraq and other locations. It is imperative that our enemies know that attacking Americans comes at a cost.” Those who are in agreement with Biden’s decision believe that this military action was the just response to the Iranian-backed attacks and is vital to deter the threat Iran poses.

Biden also has international support. Kurds and other groups sympathetic to the U.S. welcome airstrikes against Iranians. In addition, Syria has supported the American airstrikes, indicating that relations have been reset by a change in administration.

However, Biden’s decision not to brief Congress before the airstrikes has provoked backlash within his own party. For one, Virginia Senator Tim Kaine (D) noted that “Offensive military action without congressional approval is unconstitutional.” However, under the 1973 War Powers Resolution, the executive has authority to order retaliatory strikes against terrorist entities or states harboring those groups. These strikes fall into this category.

The White House has responded that a full report to Congress will be released within a week, at the latest. Additionally, the White House says that the Pentagon briefed congressional leadership before the strikes, and that the president has authority to defend U.S. troops.

The question remains as to whether this recent airstrike will alter negotiations between the U.S. and Iran in a possible nuclear deal, as well as the extent to which it will affect the climate of the Middle East in American politics.

The question also remains as to whether these strikes will be effective in deterring Iranian-backed militias, especially as an Iraqi base with U.S. service members was subsequently targeted on March 3. The attacks resemble those of Iran’s previous strikes, although no one has confirmed the perpetrator. Only time will tell whether Biden’s faith in the deterrent power of these airstrikes was misplaced.

Danielle (’24) is interested in environmental politics, environmental science, and international relations, as well as the criminal justice system. Danielle is from Long Island, and currently works for the Office of Sustainability. She is involved in Democracy Matters, LiNK, The Miscellany News, VCTV, and Seed/Greens. Danielle enjoys reading, writing, learning new languages, working out, and spending time with her dog, Bella.