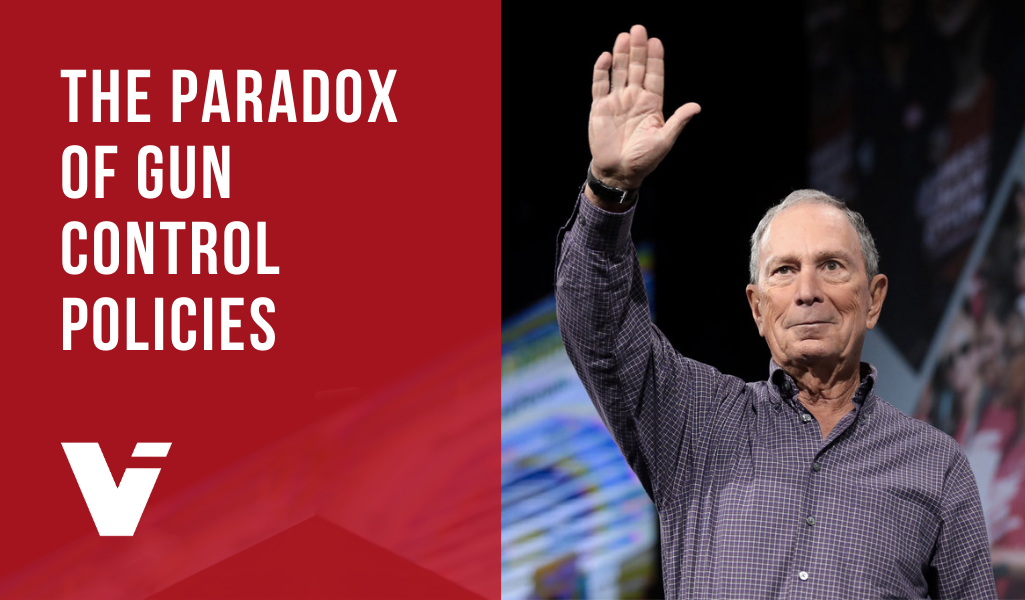 Michael R. Bloomberg, billionaire businessman and former Mayor of New York City, has recently joined the race for the Democratic presidential nomination. Although two of the race’s leading candidates, Sen. Elizabeth Warren and Sen. Bernie Sanders, make a point to demonize billionaires–and there is already a billionaire candidate, Tom Steyer, in the race–Bloomberg’s billionaire status seems to be a relatively minor hindrance to his chances of success. Instead, many have taken issue with Bloomberg’s political track-record; many, like The New York Times’ Charles Blow, see this as his disqualifying sin, because as mayor Bloomberg championed “stop-and-frisk” policing.

The practice of stop-and-frisk policing involves temporarily stopping, detaining, questioning, and sometimes also searching civilians on the street. According to the NYCLU, from 2002 to today, the vast majority of New Yorkers who have been stopped and frisked have been black and Latino, and the vast majority of those black and Latino New Yorkers were found with no weapons or contraband. This pattern has led to widespread allegations of racial profiling against the NYPD.

The fact that stop-and-frisk policing is such a point of contention among Democrats should seem counterintuitive. Liberals are the ones who claim the moral high ground in the gun control debate, who love to “call bullshit” on conservatives who won’t condemn the NRA. And one of the biggest arguments for stop-and-frisk policing is its ability to take guns off of the streets. Yet Bloomberg’s apology was necessary for his campaign to get off the ground.

For the most part, Democrats engage in magical thinking when it comes to gun control. There’s the Second Amendment-truthers (“But what about the ‘militia’ clause?”) and the Beto O’Rourke “hell yes, we’re going to take your AR-15s and your AK-47s.”

First of all, there’s the Heller decision, which reaffirmed the right for individuals to own firearms. It’s been 46 years since Roe v. Wade and conservatives are still trying to ban abortion. Guns aren’t going to be any different.

And why should we expect that mass shooters would follow the law? Just consider all the terrorist attacks in Europe involving illegal weapons. Those terrorists didn’t seem to care that their chosen tools of destruction were banned, nor did the bans stop their plots. Similarly, there should be little reason to believe the most violent of criminals, whose actions account for the majority of homicides, would observe limits on gun possession.

Even the more reasonable voluntary policies for getting guns off the streets, like government buy-back programs, won’t stop mass shootings or make much of a difference in areas with high rates of crime. Australia’s buyback program might have worked, but America has a gun culture absent in Australia. Nor would merely passing a law against owning certain firearms. Dick Heller (of D.C. v. Heller) made it pretty clear that self-defense is a high priority for anyone living where the drug-dealers like to show off their firepower. Laws only mean something if they’re enforced.

If Democrats decide to come to their senses, they’ll soon realize that any policy involving forcefully taking guns off of the streets will require some version of stop-and-frisk policing. We can’t expect the guns to turn themselves in. And we can’t expect everything the police will do while stopping and frisking to be exactly proportional by race. Unfortunately, black Americans are disproportionately the homicide victims and perpetrators. In order to take away guns, disproportionately more blacks than whites are going to have to be stopped and frisked.

This is, of course, assuming that getting guns off of the streets is in fact the best way forward. There are many other ways to limit gun-related violence, but the Democrats are going to want what they want, and no one is going to stop them.

So why does Bloomberg have to apologize? Is all the Democrats’ big talk on gun control just about taking guns from whites? Do Democrats even care about stopping the violence that disproportionately affects more blacks than whites? It ends up that the desire not to be called a racist is for Democratic politicians much more important than actually helping their constituents.

New York Times - You Must Never Vote For Bloomberg

Adam (’22) is the Senior Politics Editor. He is a Political Science major with a Mathematics correlate. He is the President of the Vassar Post-Pasteurization Alliance and is also involved in the Vassar Debate Society. He is originally from Boston and enjoys watching films, reading, and hiking.