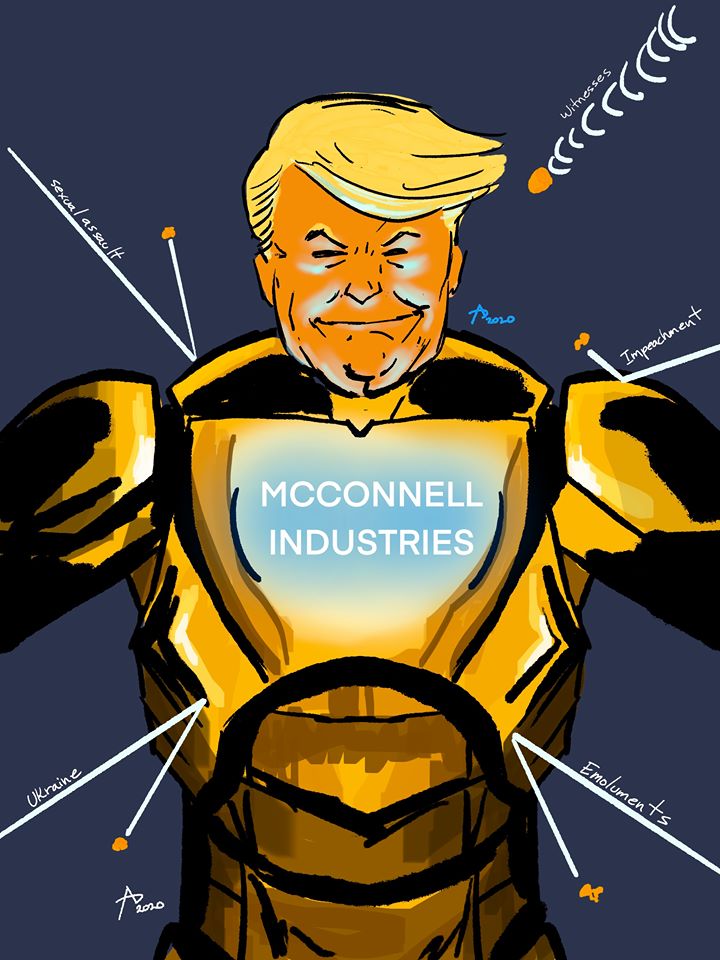 In the 2016 campaign, Trump acquired the moniker "Teflon Don" because nothing seemed to stick. Now, thanks to his Senate majority, everything seems to bounce back at his opponents as well. After impeachment rating, Trump's approval rating in the gold standard Gallup poll is the highest its been since his inauguration. Democrats running to challenge him in November are struggling to match him in the polls, and the Democratic party in general seem to be on the downswing. The big question: can anything pierce this President's armor?