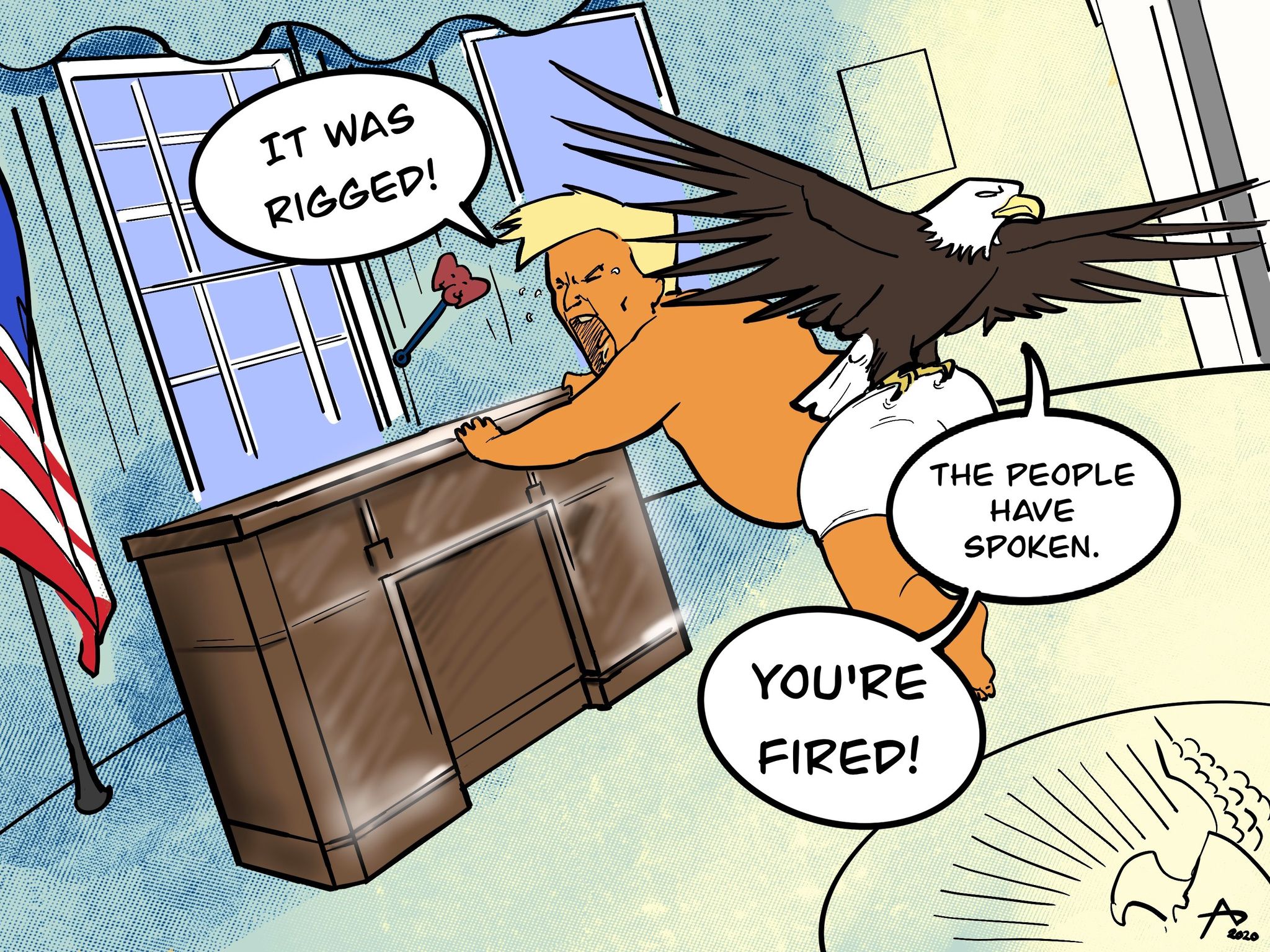 Editorial Cartoonist Adlai Brandt-Ogman ('21) reacts to President Trump's refusal to concede in the wake of Joe Biden's victory in the 2020 presidential election.

Twelve days and counting since major media outlets called the presidential election for Democrat Joe Biden, President Donald Trump has still not publicly acknowledged his opponent’s victory and has eschewed the traditional concession call to the opposing candidate. Instead, the president has repeatedly insisted, without evidence, that massive voter fraud and partisan manipulation of results took place, making him the rightful victor.

Yesterday, he fired his own election security chief for stating, rightly, that the 2020 election was “the most secure in American history.” Voter fraud exists in every election – and there is no reason to believe that 2020 was any exception – but it is at a scale so minute and isolated that it is unlikely even to affect the outcome of a local race, let alone decide the next president of the United States.

Despite a series of lawsuits from Trump’s campaign legal team – which continue to be thrown out by judges and would not overturn the result of the election even if they went Trump’s way – the president’s denial of the people’s choice will not prevent Joe Biden from being sworn in as the 46th president of the United States on January 20.

Among the consequences of this rhetoric, though, are the withholding from the Biden-Harris transition of information vital to the seamless transfer of power and a rapidly waning faith in the integrity of America’s democratic institutions among Trump’s base.

A recent poll shows that 52% of Republicans believe that President Trump “rightfully won” the 2020 election. While this is a minority of Americans – and a similar poll showed 70% just last week – it still represents a significant portion of the population that gives credence to baseless allegations of a rigged election – made more outlandish by the fact that Republicans had a strong election at every level other than the presidency and even outperformed most predictions at the top of the ballot.