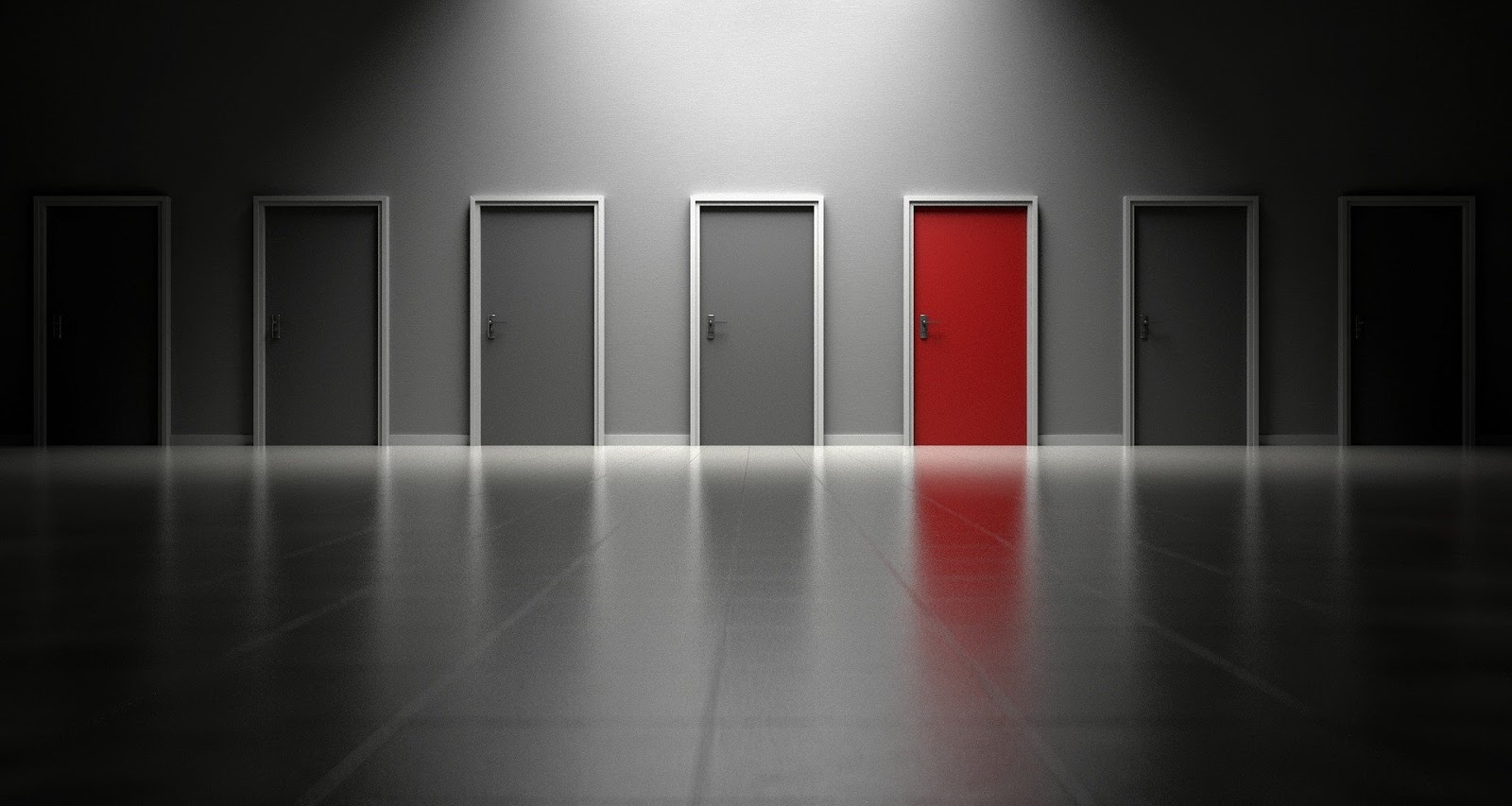 How should elite colleges decide who to admit? This deceptively simple question has been subject to much controversy, often framed in terms of recent legal challenges to affirmative action policies.

People on either side tend to agree that elite college admissions should be based in a framework of meritocracy, in which the role of prestigious schools is to educate the “best” students, determined by some measure of virtue or intelligence. Essentially, they only disagree on how to determine who are the “best” applicants and whether that exclusive group should be demographically representative of the country.

However, we shouldn’t take this meritocratic ideal for granted. Elite undergraduate admissions should not optimize for meritocracy. Instead, elite colleges should try to optimize for social impact, within reason. In practice, this means they should seek to admit the students who would receive the greatest benefit from going to an elite school. Particularly, elite colleges should try to admit students who would be better equipped to make the world a better place if they had an elite education.

For the purposes of this article, I am defining elite colleges as those with low acceptance rates, large financial endowments, and social prestige amongst people in power. They include Ivy League schools, competitors to the Ivy League (such as Stanford and Duke), and about twenty to thirty highly selective liberal arts colleges.

The main benefits of attending an elite college, relative to other schools, include social capital, peer effects, and greater access to material resources that elite schools can better afford.

Social capital includes anything that comes from a school’s social connections or reputation. It includes greater access to elite graduate schools, access to prestigious and powerful employers, and a strong lifelong alumni network. It is much more important for some careers than others; you don’t need much social capital to get into a good law school, for instance, but social connections are very important if you want to work in politics.

There are also peer effects, namely the benefit of spending time around intelligent and driven people with a variety of interests and skills.

Finally, elite colleges provide greater access to a range of material resources. These include funding for undergraduate research opportunities and extracurricular activities, strong career offices, and generous financial aid that makes elite colleges much cheaper than state universities for most students with a five-figure household income. (Harvard’s average net price for students with a household income between $49,000 and $75,000 is just $3,411 per year.)

Who benefits the most from these factors? Intelligent and hard-working students (although not necessarily the most intelligent and hard-working), often from under-resourced high schools, who would not otherwise possess the life-changing opportunities or social connections that a selective college can bestow. These are the students that elite colleges should prioritize in undergraduate admissions decisions.

Most students in this group would still have above-average high school grades and/or standardized test scores relative to other students at their high school. Some could demonstrate a strong work ethic in other ways, such as showing a commitment to caring for an elderly family member.

Regardless, they’d be less likely to be academically exceptional than the most privileged students. If these capable-but-not-academically-exceptional students are more likely to receive Bs and Cs at elite schools, that’s okay! The benefits from attending these schools do not come from one’s transcript, and many elite colleges have extensive grade inflation anyway.

Who benefits much less from elite colleges? Intelligent, hard-working students who already can afford a good college education and don’t need additional social capital or resources to achieve their goals, beyond what is offered at a good state university. Right now, these students make up the majority of the student body at most elite colleges.

But it’s not enough for colleges to admit the students who would personally benefit the most from an elite education. Among this group, they should prefer applicants who have the inclination to help create a better world but would be limited without access to an elite education.

In practice, this means that admissions officers should place a greater weight on extracurriculars involving community service, public service, social activism, or entrepreneurship rather than “competitive” extracurriculars such as debate team or sports. (However, students certainly should not be penalized if they didn’t have time for any of this because of work or family obligations.)

To be clear, this is not an argument against race-based affirmative action. Race, along with socioeconomic class, disability status, personal adversity, and other factors all contribute to the extent to which a student would benefit from an elite education. All of these characteristics should be jointly evaluated in admissions decisions. However, the form of affirmative action that is currently practiced at elite universities has not resulted in racially or socioeconomically representative student populations. Black and Hispanic students are still significantly underrepresented at most elite schools, and lower-income students of all races are underrepresented to an even greater extent.

This is also not an argument that elite schools should only admit students whose household income falls below some arbitrary threshold. If a student’s goals, circumstances, and/or college essays seem to genuinely demonstrate that they’d be unable to meet their goals without going to an elite school, then that student’s application should be seriously considered even if their parents make a substantial income.

So then, what would elite universities look like demographically if they optimized for social impact, rather than using the current scheme of pseudo-meritocratic admissions?

Elite schools would also admit more lower-income and middle-income international students than they do today. Due to the nature of systemic racial and economic inequities, these groups are disproportionately those who would benefit the most from an elite education compared to their most likely alternative. As a result, this demographic overrepresentation would not be at all “unfair.”

Students in these groups tend to have less social capital and are less likely to be able to afford a flagship state university. They are more likely to have gone to high schools where students are discouraged from attending college at all. They are also more likely to be involved in social activism. Thus, an admissions policy that is optimized for social impact would result in much more racially, geographically, and economically diverse student populations than we see today at elite colleges.

This admissions strategy would require massive outreach to under-resourced high schools whose students would benefit the most from an elite education. Elite colleges would send representatives to high schools around the country, where they’d tell students about their generous financial aid policies and explain why the Ivy League is not just for rich people.

Right now, the majority of high-achieving, low-income students do not apply to any selective colleges at all. It is the responsibility of these colleges to change that, especially because many lower-income students would be unable to afford a high-quality college education without the large financial aid packages provided by elite schools.

It’s possible that elite schools need to admit a certain amount of wealthy, well-connected students to stay financially afloat. That’s probably true to some extent, but it’s also true that thirty-eight colleges (including five Ivy League schools) have more students from the top 1% of the income distribution than students from the bottom 60%. It’s hard to believe that this level of inequality is necessary for elite schools to function, especially considering the amount of money they spend on athletics, new buildings, and other amenities. These schools should admit the minimum number of wealthy students that they need in order to stay financially stable.

Some may argue that access to wealthy, well-connected peers is what makes elite schools so useful to students without a wealthy background. This is also partially true—particularly with respect to Greek life—but is likely not as important as a university’s other resources. It’s probably more common for students at elite schools to get jobs through on-campus recruiting and alumni networks, both of which would be preserved if admissions were optimized for social impact.

We need to stop seeing elite colleges as a kind of “reward” for the highest-achieving students. High schoolers have been granted such varying life opportunities that it’s nearly impossible to hierarchically rank their “achievement”, anyway. Yes, there’s also no precise way to measure the extent to which a student will benefit from admission to an elite university. But if admissions are going to be flawed either way, they should be based around a framework of social impact rather than absolute meritocracy.

The benefits of elite colleges should not be wasted on those who don’t need those benefits. Instead, admissions policies need to be radically overhauled so that elite schools can best serve the needs of society.

Harvard – The Myth of Meritocracy

Vox – The Mess That Is Elite College Admissions