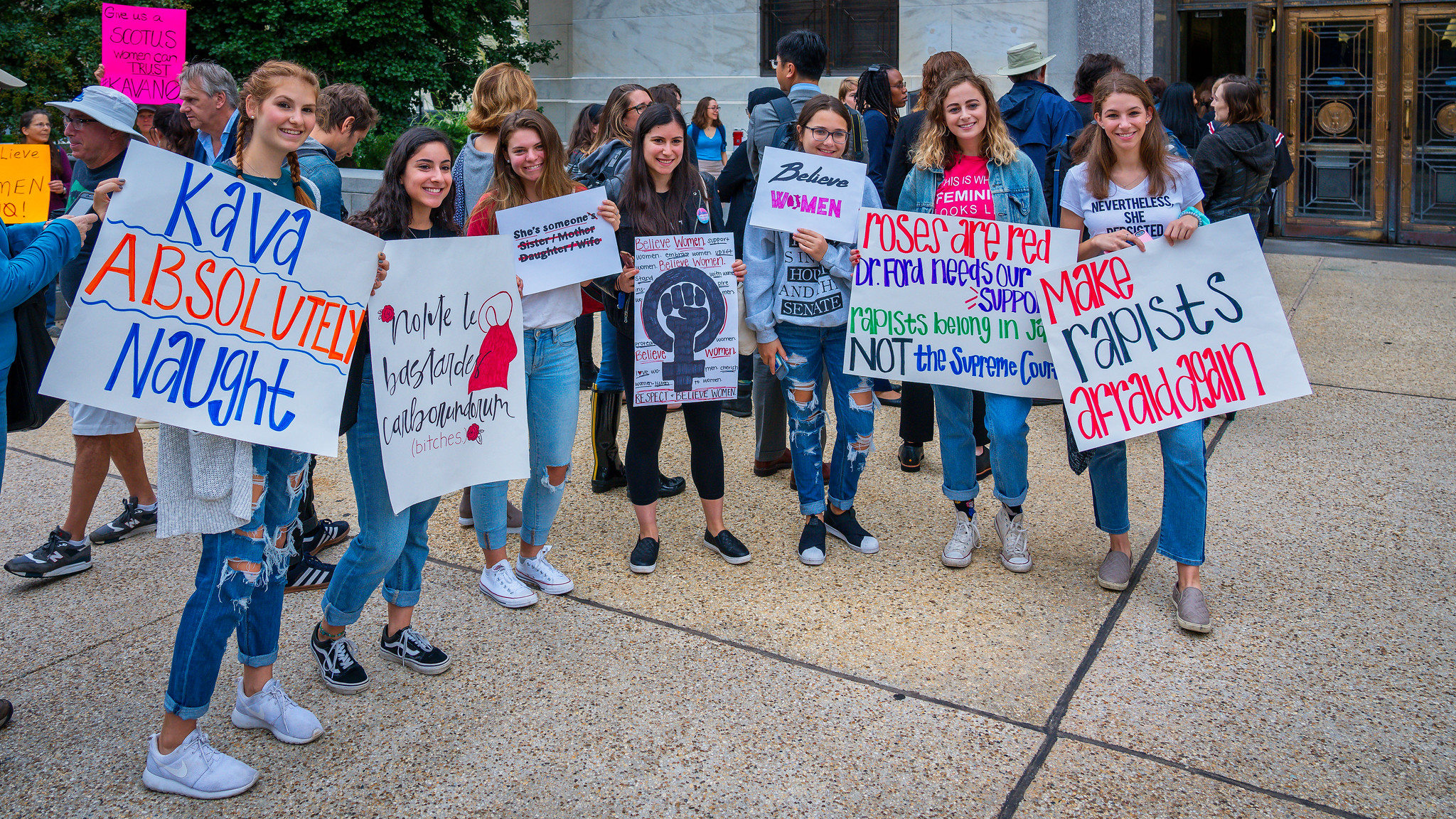 'Boys will be boys': an examination of the culture that confirmed Brett Kavanaugh

Friday night, with mascara smudged on my cheeks after the latest rage-cry at the government, I drafted one last email to send to David Perdue and Johnny Isakson, my senators from the state of Georgia. I did so with the knowledge that they had already declared their intentions to vote to confirm Supreme Court nominee Brett Kavanaugh. In my email, I urged them to take into account the multiple allegations of sexual assault against the conservative DC appeals court judge, which I believe to be credible. I went on to argue that, allegations notwithstanding, Kavanaugh’s veracity and temperament were found to be lacking in what I believe should be the high standard set for a Supreme Court justice. His behavior towards Senator Klobuchar, wherein he mockingly asked her whether she had ever blacked out, was shockingly unprofessional. His rank partisanship, demonstrated by his accusations of a Democratic conspiracy against his nomination, is troubling. Finally, the number of key questions he evaded in the Senate Judiciary Committee hearing, I feel, suggested he has something to hide.

Somehow, despite the allegations, the lies, and the thousands of people across the country protesting his nomination, Kavanaugh was narrowly confirmed by a one-vote majority on Saturday, October 6th. His confirmation is seen by many as an insult to women and survivors of sexual assault and a threat to women’s reproductive rights and the rights of queer people, as he will join Justices Roberts, Alito, Thomas and Gorsuch in a conservative majority bloc, thus ensuring a rightward shift of the Supreme Court for decades to come.

Arguably the most disturbing development to come out of this already very disturbing affair was the fact that, according to the Economist, 55% of Republicans believe that committing sexual assault shouldn’t disqualify Kavanaugh from serving on the supreme court. We as a country have failed to create a culture of accountability and must take a closer look at what it means when people use the toxic expression ‘boys will be boys’ as a justification for horrendous and criminal behavior.

The objectification of women starts young, often traced back to ‘locker room talk’, but just what effect does this kind of mindset have on young men? Studies show that “male exposure to objectifying depictions of women predicted greater support of violence against women,” and, “higher levels of sexual objectification were significant predictors of male aggression.” With Kavanaugh’s yearbook reference to “Renate Alumnius,” and his other reported boasts of sexual conquests, he comes across as nothing more than an entitled frat boy with more than a little liking for beer.

Despite this perception, many of Kavanaugh’s defenders found ways to excuse his past behavior. Gina Sosa, a former Republican congressional candidate from Florida, said in an interview on CNN with a focus group of Republican women, “We’re talking about a 17-year-old boy in high school with testosterone running high. Tell me what boy hasn’t done this in high school, please. I would like to know.” Trevor Noah, host of The Daily Show, responded to that interview by ironically highlighting what he believes to be the mentality of this Republican focus group: “our guy’s a saint, [Dr. Ford is] lying about what happened, but if she is telling the truth, it probably wasn’t so bad, and even if it was so bad, everyone does it. So who cares?”

We should care, of course. The ‘boys will be boys’ excuse has two inherent problems. Firstly, it attributes toxic traits, such as violence and sexual aggression, to an entire gender and projects the belief that all boys are, by nature, irresponsible and lack self-regulation. It assumes that stereotypical boyish behavior involves the degradation, and even assault, of women. This dynamic was lampooned in a tweet by Comedian Aparna Nancherla, who asked, “can we amend “boys will be boys” to “predators will be predators” so we’re not ascribing violent behavior as “normal” to an entire gender expression/identity?” The second problem with this mentality is that it automatically excuses actions that are often quite disturbing. Sexual assault, racial slurs, and destruction of property—all, in my experience, possible prompts for this expression—are not things to be belittled.

Perspective also must be taken into account. If we decide that a man should not have to live with the consequences of an assault from 35 years ago, we are ignoring all the years that the survivor had to endure and come to terms with what happened to her.

Writer and activist Marisa Kabas tweeted, “They say, ‘this could ruin his life,’ without acknowledging it already ruined hers... They say, ‘boys will be boys,’ without realizing that [he] denied this girl her girlhood.” There will always be somebody ready to claim that the punishment is too severe. That is why we see the Brock Turners of the world serving only half of an already shockingly lenient 6-month sentence for sexual assault, with his father arguing his punishment was, “a steep price to pay for 20 minutes of action.” If we dismiss the criminal actions of these few high school boys as nothing more than normal teenage sex drive, we are sending the message to teenage girls that their stories do not matter, that their bodies will be used as a learning curve for young men and that their free will is less important than some entitled boy’s drive for “action.” Author and journalist Simcha Fisher, writing with brutal honesty, asked, “How many of my daughters is it okay for a seventeen-year-old boy to try to rape, as long as it’s part of their learning process, and they have a bright future?”

Regardless of whether you believe Kavanaugh is guilty of assaulting Dr. Christine Blasey Ford or not, the controversy around his nomination has revealed a deep cultural flaw pervasive in our society. By failing to hold teenage boys accountable for sexual assault simply because they are boys, we allow them to turn into men who commit the same crimes, potentially on a larger scale, because they got away with it the first time. It is time to start telling our boys that their actions do matter, and consequently showing our girls that their stories matter too.

CNN -Mad about Brock Turner's sentence? It's not uncommon