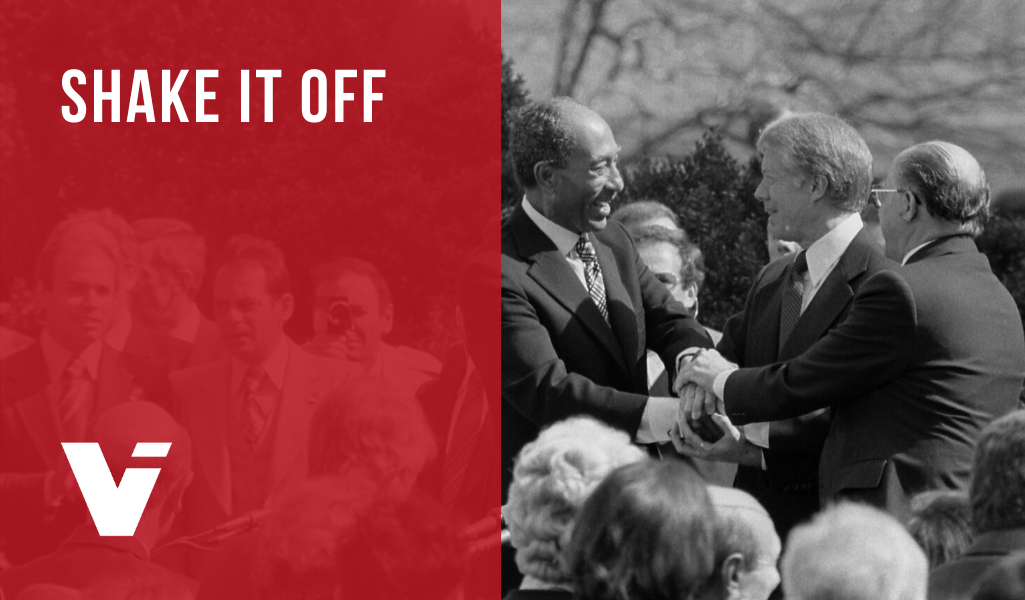 “I don't think we should ever shake hands ever again.”

Those were the words of Dr. Anthony Fauci, the influential head of the National Institute of Allergy and Infectious Diseases and newly famous member of the White House Coronavirus Task Force, speaking to the Wall Street Journal last week.

This statement made headlines at a time when we have much bigger fish to fry as a nation than the future of the handshake. Still, the fact that it made the news at all shows how deeply ingrained this simple act is in American culture and how jarring it is to imagine a world without it – to imagine that, sometime before the cascade of lockdowns and states of emergency began in early March, we might have shaken our last hands.

But the coverage seems to take for granted that handshaking is a ubiquitous and important custom without considering its origins or deeper significance. Where did it come from? What does it mean? Why has it lasted so long? Why is it so important in American culture, in particular? These are all questions that deserve answers if Americans are contemplating throwing such a longstanding practice out the window.

Historically speaking, there’s evidence for the handshake originating in 9th-century BCE Mesopotamia. However, for the purposes of modern-day Americans, it’s most relevant to focus on the more recent tradition of the handshake in the Anglosphere.

In one of the earliest English-language references to the handshake, in 1607, the Scotsman James Cleland wrote emphatically that, rather than bowing or kneeling to greet others, he would prefer to “retaine our good olde Scottish shaking of the two right hands togither at meeting with an vncouered [uncovered] head.”

Over the centuries since the Middle Ages, as power became increasingly centralized and bureaucratized in England, social hierarchies and forms of interaction between people of unequal social class had likewise become more codified. Amid this system of deference in which someone of a high class “condescending” to his supposed inferior was considered a virtue, the handshake endured as a gesture of respect, trust, and goodwill between equals. And, in the 17th century, it found a home with the Quakers whose egalitarian customs it fit neatly.

Most commonly, it is said that the grasping of right hands was meant to demonstrate one’s peaceful intentions toward another – it was the right hand that would normally rest on the hilt of a gentleman’s sword. The up-and-down motion may even have been meant to prove that neither participant had a knife up his sleeve that would be dislodged by such a movement.

Crucially, though, outside of small sects like the Quakers, this gesture was reserved for social equals. In a colonial America desperate to emulate the supposed refinement and sophistication of English aristocratic culture down to the last detail of etiquette, the hierarchies of the Old World were carried over to the New. Presumptuous American elites who, in English noble circles, would have been considered, at best, crass nouveaux riches, demanded the same deference from their presumed inferiors as if they were great country squires.

This changed in the young American Republic, as a dynamic and egalitarian ethos began to break down old hierarchies. Historians rightly observe that this paradigm applied at least mainly, if not exclusively, to hierarchies of white men. But, at least among white men, everyone demanded a firm handshake and a look in the eye – no more bowing, no more noblesse oblige, no more virtuous condescension. And, thankfully, racial and gendered barriers to shaking hands have long since been removed.

This early-19th century change was part of a general shift toward social interaction on an equal footing between white men and, eventually, across race and gender lines. Men no longer could simply “stand for office,” passively and imperiously awaiting votes; they now had to “run for office,” hustling and actively earning votes in a way that would previously have been seen as the height of indignity. We modern Americans owe a great deal of our egalitarian and meritocratic ideals to that era – one some historians have labeled the “Age of Boundlessness” – and the everyday handshake is perhaps the least abstract yet most easily forgettable of its legacies.

Forgettable, that is, until it’s gone.

Dr. Fauci is a brilliant scientist and an indispensable asset to the American people in this trying time. To the credit of his realism, he has acknowledged that his wish to end the handshake is unlikely to catch on with the general public. We should be glad for this unlikelihood.

True, there are other ways to greet each other that are potentially less germy, but it seems unlikely that a fist bump, elbow bump, and especially greetings that involve no physical contact at all could ever carry the same weight of trust and esteem as a firm handshake and a look in the eye. And, in the end, a hastily and artificially imposed “better” replacement can never be as meaningful as a longstanding tradition that grew organically out of unique cultural circumstances. By all means, we should dispense with the handshake for the time being, but we should be more thoughtful about which decisions, made out of necessity in a time of crisis, we are willing to make permanent.

Though the handshake has a long history, its ubiquity as a symbol of equality and mutual respect is a uniquely American republican innovation. The novel coronavirus outbreak is a tragic but, ultimately, passing moment in American history. Doubtless, it will have lasting effects on American society, at which we, in the midst of the crisis, can only guess. Some of these will be for the better of public health, but long-term decisions made in the heat of a frightening situation are rarely well-considered ones. We shouldn’t be so quick to sacrifice a defining cultural symbol forever on the altar of our momentary fear.

Mental Floss – When Did Shaking Hands Become a Standard Way of Greeting Someone?

National Review – The Handshake: a Eulogy

American Enterprise Institute – Thomas Jefferson and the Idea of Equality