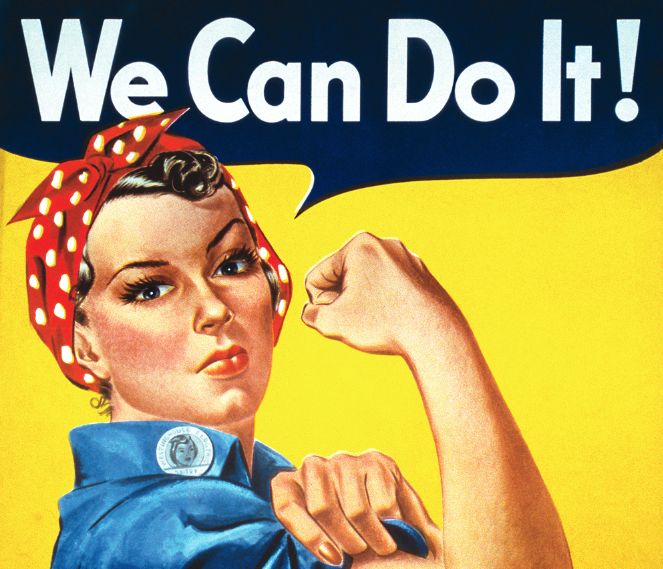 When we think of how women are represented in the media, it is usually not in the most positive or accurate light. The sexualization of the female body, their lack of a voice or nuanced character, the perfectly photoshopped faces... all these are examples of how the media incorrectly portrays women. Female representation is essentially governed by persisting female stereotypes and by how men see women– referred to as the ‘male-gaze.’

The media industry is dominated by white men, and they have control over the images and messages that are released to the public. For example, in film, women are often sexualized or portrayed as one-dimensional characters that focus on relationships or raising a family. Particularly in advertisements, women are depicted as sexual objects to sell the product or service. This creates a culture that commoditizes the female body and perpetuates unrealistic standards that women try to live up to.

However, this issue extends beyond more traditional forms of media and into the realm of social media, which has been shown to have a great impact on body image issues for women. A teenage girl periodically scrolling through Instagram is constantly exposed to curated images of females or celebrities to whom she compares herself. A survey of 1,000 adolescent girls, conducted by the Girl Scouts of America in 2010, found that “88% of the girls believe that the media puts a lot of pressure on them to be thin, 65% believe that the body image represented in the fashion industry in the media is too skinny, and 60% said they compare their body to what they see in magazines.” These statistics show just how much influence the media has in shaping the societal standards to which young girls hold themselves.

Since 2010, social media has grown immensely in both content and accessibility. One can just imagine the pressure any girl might feel to live up to such unattainable standards. With every perfectly-posed post, viewers may perceive a perfect life, but they fail to see how selective and edited any image may be. This can lead to low self esteem, body dysmorphia, or eating disorders. The use of social media has been scientifically linked to cause depression in young girls.

It is also important to examine the type of woman that is held up as the standard of beauty. Traditionally, she is a tall, thin, white women with flawless makeup and hair perfectly styled. These features are not nearly inclusive of the majority of women in the United States or around the world. Women can be curvy or petite. Women can have curls or a pixie cut. Different body types and races–along with diversity in expression of gender through clothes, hair, or makeup–should all be recognized and celebrated in the media.

There has recently been a push for a more inclusive representation of women in the media. Major clothing brands like Modcloth, Charlotte Russe, and Old Navy–among others–are offering clothing options inclusive to women of all shapes and sizes. Aerie is another brand that has publicly vowed to stop photoshopping their models to promote “body positivity and loving your real self.”

In addition, celebrities are coming forward and criticizing publications for photoshopping them for covers. Danielle Brooks, an actress best known for her role in the show Orange is the New Black, commented on the general lack of genuine, diverse female representation: “Ideally, I want to see all beauties, all shapes, all sizes, all skin tones, all backgrounds represented in my profession. Now that I am blessed to be that reflection I was once looking for, I’m making a promise to speak out for that little girl that I used to be.”

Female representation alone is severely lacking in Hollywood. According to the Center for the Study of Women in Television and Film, in the top 100 films of 2017, females comprised a mere 24% of protagonists. Of these films, 68% of all female characters were white, 16% were Black, 7% were Asian, 7% were Latina, and 2% were of another race or ethnicity. There is a huge disparity between the amount and type of female representation and male representation we are exposed to in the media we consume.

Women’s creative involvement in the production of films and shows is also severely lacking. The aforementioned study also evidences a correlation between female directors or writers and female representation in film: “In films with at least one woman director and/or writer, females comprised 38% of all speaking characters. In films with exclusively male directors and/or writers, females accounted for 29% of all speaking characters.” However, while having a woman on the production side of film increases female roles, their representation may not always be favorable or progressive. There is always the pressure of societal norms and of men in the industry that potentially dissuade these women from creating feminist-inspired content or characters.

Increased female representation in any way is one step towards a more equitable and inclusive society, and while we are just now branching out from conventional beauty standards in fashion, print media, and film, there is still a long way to go. Girls should not have to open their phones and feel pressure to conform; instead, they should feel inspired and empowered. It is very important, especially for girls, to have a positive role model in their lives.

Another inequality that needs to be addressed is the gender wage gap between men and women. Even though it is 2018, women are still paid about $0.80 for every male’s $1.00. However, it is even worse for African-American and Latina women, who are paid $0.63 and $0.54 to the man’s dollar, respectively. This blatant inequality is a reality for women across the nation, who are working just as hard or likely even harder than their male counterparts to succeed and be taken seriously.

At the rate the wage gap is closing, the Institute for Women’s Policy Research predicts we will have to wait another 41 years for white women to reach equal pay. However, this change is much slower for women of color. It is estimated African-American women must wait until 2119 and Latina women until 2224.

By closing the gender wage gap, our country will not only become a more fair and equal place, but it estimated that it would also cut poverty levels for working women by half and add about $513 billion to the national economy.

Underlying these statistics about the underrepresentation of women at work and unequal pay is the issue of gender discrimination in the workplace. 42% of women in the United States say they have faced job discrimination on the basis of their gender. This includes women being treated as incompetent or having to endure “small slights” because of their gender. 1 in every 10 women say they were passed up for an important assignment at their job compared to 5% of men who say this happens to them.

Gender discrimination in the workplace brings us to the very real and relevant issue of sexual harassment and assault in the workplace. The #MeToo movement took root in October of 2017 when the New York Times broke a story about actress Ashley Judd accusing Harvey Weinstein of sexual harassment. Since then, a coalition of women have come forward with their own stories, refusing to stay silent any longer.

With many women coming forward and sharing their stories of sexual assault and harassment, the Me Too movement has gained traction. Tarana Burke, a social activist who created the term ‘me too’ before the hashtag became popular, stated “I’ve been saying from the beginning, it’s not just a moment, it’s a movement.”

In 2017, Time named The Silence Breakers, those who publicly spoke out against sexual assault and harassment, as the collective person of the year. Their piece was powerful and poignant, bringing a feeling of solidarity that unites women across the country.

The ‘me too’ hashtag has crossed cultural and language barriers with #YoTambién and #BalanceTonPorc among others. While this movement seems to have exploded into the media suddenly, it has been years, centuries even, in the making. Because of this collective strength, countless CEOs have been fired, icons exposed, and moguls overturned. After years of enduring injustices, women are reclaiming their voice and power by standing up for justice and equality.

Well, that’s really for us to decide. By promoting a culture that allows women to feel safe and unashamed to come forward about any violence or harassment enacted against them, we will be creating a fair and equal world for generations to come. However, it starts with us. We cannot let their voices go unheard. Women must rise above the blatant discrimination we face both in the media and the workplace. Women should never feel bound to female stereotypes or think their body, work, or voice don’t matter. Because we do. Every single person on this planet matters equally, so we better start treating each other like it. Time’s up because the time is now to stand together and confront gender injustices.

Forbes - How Media Portrayal Affects Women, And What Geena Davis Is Doing About It

Gina (’22) is a Senior Campus & Culture Editor. She is a prospective media studies major with interests in Hispanic studies and cognitive science. She is involved with other publications at Vassar including The Miscellany News and Contrast. She enjoys reading, singing, and playing basketball.