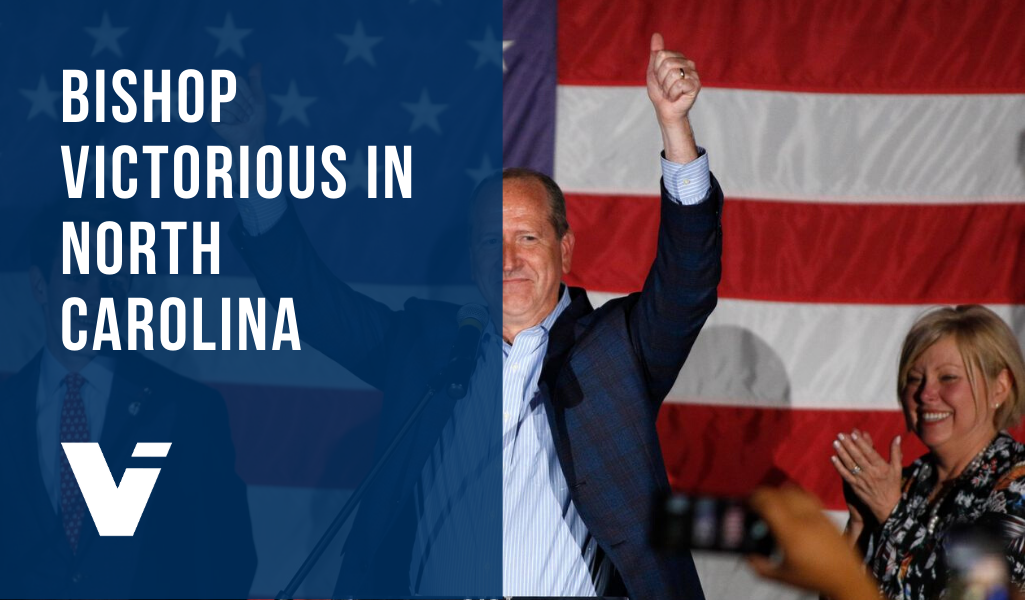 In the glare of the national spotlight, and with a margin of less than 4,000 votes, Republican Dan Bishop eked out a victory Tuesday night in a contentious race in the newly-purple 9th Congressional District of North Carolina (NC-09).

Much of the national attention focused on the question of whether this special election, a rare example of a “do-over” race, could indeed have nationwide implications for 2020.

In the 2018 midterms, Democrats took the majority in the House of Representatives, largely through the victories of moderate Democrats in college-educated, affluent suburban districts—once Republican strongholds, now disillusioned with the conduct and rhetoric of President Donald Trump.

This was almost the story in North Carolina’s 9th district. In November 2018, this southern North Carolina district, stretching from the wealthy Charlotte suburbs of Mecklenburg County to the exurban and rural counties to the east near Fayetteville, was the focus of national attention—first for its unusually competitive race, and then for the controversy surrounding it.

Like similar swing districts around the country, NC-09 was a solid-red constituency before Trump came along. Whereas Republican Rob Pittenger had soundly defeated his Democratic opponent in 2016, Republican Mark Harris, who defeated Pittenger in the 2018 primary, won his race against Democrat Dan McCready by a razor-thin margin of 905 votes.

However, controversy began to swirl around Harris’s narrow victory shortly after election day. On November 27, the North Carolina Board of Elections—comprised of four Republicans, four Democrats, and one independent member—unanimously voted not to certify the election’s results.

The dispute originated from allegations that an operative for Harris’s campaign, Leslie McCrae Dowless, used illegal methods to collect the district’s absentee ballots in an effort to swing the results of the election. Before his work on Harris’s staff, Dowless, previously convicted on felony fraud and perjury charges, and had worked on get-out-the-vote efforts for both Republican and Democratic campaigns.

In February, 2019, after a months-long process of hearings and investigation, the Board of Elections called for a new election to decide the seat which had remained vacant in Congress since the rejection of certification in November.

This second election attracted national media attention from the start. Of course, there was the political intrigue of a vote-tampering scandal. But, beyond that, with national political attention solidly focused on the upcoming 2020 presidential election, many identified NC-09 as a bellwether for Trump’s and Democrats’ chances in similar districts next year.

Like any other single House district, though, NC-09 is far from a perfect predictor of the nation’s political mood. On the one hand, Mark Harris declined to run in this second election. This makes it easier to read some national lessons into the results as the new GOP candidate, Dan Bishop, is not tainted by uncertainty over the extent of his involvement with Dowless’s tampering.

However, as a special election, the September 10 contest was just that—special. With that said, NC-09 does have a potentially instructive story to tell to both parties heading into 2020.

Many Republicans breathed a sigh of relief after Bishop’s victory on September 10, and with good reason. 2018 saw districts across the country containing affluent suburbs flip to Democrats, so holding this one was a major accomplishment.

Retaining this district was a must in light of Republican efforts to take back the House in 2020. However, the narrowness of this victory should emphasize to the GOP the futility of these ambitions if they fail to win suburban seats elsewhere.

Another bit of positive news for Republicans is that Trump’s Fayetteville rally before election day seemed to push Bishop over the cusp or, at least, to ensure that his victory was slightly more comfortable than Harris’s. If there’s one thing the RNC can rely on Trump for, it’s driving the base out to the polls. The question remains, though, is the base enough to overcome the hemorrhaging of GOP support in the suburbs?

The electorate of NC-09 is divided roughly evenly between the suburbs of Mecklenburg County (35% of votes cast), the exurbs of Union County (32%), and the rural counties to the east (33%). Breaking the results down by county, Bishop was able effectively to negate McCready’s advantage in Mecklenburg by garnering almost the same amount of votes in Union. Of the eastern counties, three went to McCready and three to Bishop.

While this strong suburban performance will continue to inspire Democratic confidence after similar showings in 2018, the rural results should temper the party’s enthusiasm.

Firstly, the eastern part of the district is more racially diverse than the west. Yet McCready won Robeson County—which is 39% Lumbee Indian, 24% black, and only 26% white—by a mere 1.1%. There is no reason to expect that racially diverse cities will become less solidly blue, but the record low minority unemployment under Trump’s watch could be making a dent in traditionally Democratic constituencies outside of those major cities.

In more worrying news for Democrats, Bishop still managed to win despite turnout being down by 49% and 41% in the rural counties and Union County, respectively, compared to 2016. Meanwhile, turnout in Mecklenburg County fell by only 38% relative to 2016.

So, despite solid Democratic performance in traditionally red suburbs, exurbs and rural areas might be getting redder faster than suburbs are getting bluer. These figures also indicate that, in the upcoming presidential election year, solid-red rural counties could experience a greater increase in turnout than in blue suburbs.

Again, it’s important to remain cautious when speaking of the national implications of a single House race. It’s also worth pointing out that NC-09’s status as a bellwether is questionable. While it is newly competitive at a time when the generic congressional ballot favors Democrats by high single digits, Trump still won it by 12 points in 2016. It’s much more Republican-leaning than the median congressional district.

While Republicans and Democrats alike can find reasons to be encouraged by these results from the North Carolina 9th, both should take heed of their weaknesses with 2020 just around the corner.