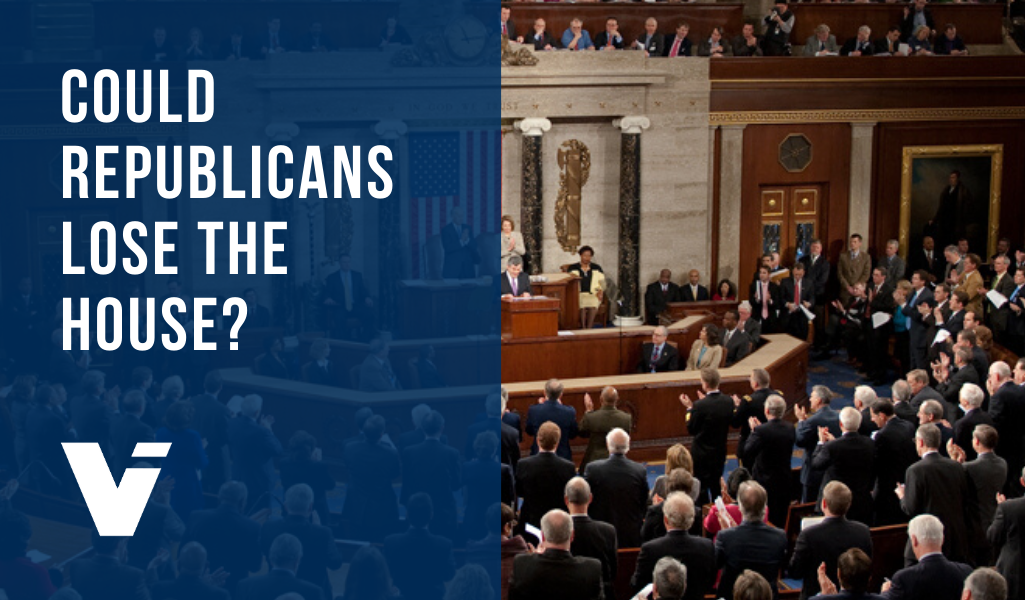 Is the GOP's chance of retaking the House slipping away?

A recent wave of retirements by a combination of safe and vulnerable GOP House members casts doubt on their chances at recapturing the majority in 2020.

When Rep. Peter King (NY-02) announced his retirement from the House of Representatives on November 11, Democrats excitedly pointed to his district as one that their party could flip in 2020. While King’s district has a history of leaning Republican, his margin of victory in 2018 was smaller than ever, as suburban Long Island transitions away from the Republican party.

More troubling to the GOP, however, is that King is the 20th Republican to retire ahead of the next election –– and while the average number of House Republicans who retire every cycle has settled around 20 for the past few decades, 33 Republicans left public office ahead of the 2018 midterms in the last cycle, including House Speaker Paul Ryan.

That wave of departures seems to be carrying over to 2020, pointing to a party frustrated with being in the House’s minority, as well as tied to an unpopular presidency. Have the Republicans lost their bid to take back the House before many of the races have even begun?

Given that recent estimates put the value of being an incumbent in 2018 at around 3 extra points, the loss of Republican strongholds in these districts give Democrats a reason to be optimistic about their chances to flip seats. In contrast, of the eight Democrats retiring from the House, seven hold safely blue seats, having gone for Clinton by an average of 20 points.

Apart from vacant seats that Democrats are looking to win, the sheer number of Republicans who have retired at this point in the cycle point to a party at odds with its own identity.

King joins a group of retirees that includes two of the party’s thirteen women in the House and its lone black member, Rep. Will Hurd (TX-23). Hurd’s retirement is particularly indicative of the trouble that the GOP has had in retaining diverse candidates to the House.

As a three-term representative who was known for breaking from Trump and attempting to carve out his own brand of Republicanism, Hurd’s retirement statement  indicated a deep dissatisfaction with the Republican party. Hurd said he will “stay involved politics to grow a Republican Party that looks like America...every Americans should feel they have a home in our party.”

Hurd is also one of six Texas representatives who make up the House’s “Texodus.” While three of those seats are safely in Republican control, others seem more vulnerable –– Hurd won his seat by fewer than 1,000 votes in a district that went for Clinton in 2016, while Rep. Pete Olson (TX-22) narrowly escaped being unseated after years of holding his seat with no difficulty.

Both races are representative of the same trend seen in King’s Long Island district ––after years of being considered Republican strongholds, suburban demographics are changing enough to give Democrats a chance to flip those seats.

Even if Republicans were able to get strong candidates to run in the place of their incumbents, rising racial diversity in the suburbs still represent an existential threat to the party’s hold on these seats. But the trickle of female representatives and representatives of color out of the party suggests that the GOP is limiting itself to a smaller, less diverse pool of candidates.

Even Republican incumbents who hold heavily red seats are finding themselves rattled amidst the current state of the party –– Rep. Paul Mitchell, who represents Michigan’s 10th, tied his retirement directly to his dissatisfaction with Trump, stating to the Washington Post that Republican lawmakers are “here for a purpose, and it’s not this petty, childish bullshit.”

Many of the Republicans retiring from office, like Rep. Greg Walden (OR-02) and Rep. King, express confidence that they could win their seat in 2020 and instead explain their departure in often-vague terms that generally speak to personal choice. If those Republicans secretly share the sentiments of Rep. Mitchell, the GOP could face a near-impossible battle to piece together enough seats to capture the House, in 2020 and beyond.

FiveThirtyEight - How Much Was Incumbency Worth In 2018?

Eleanor (’22) is a Deputy Policy Editor. She is a history major with interests in continental philosophy, political science, and graphic design. She is on the exec board for WVKR, Vassar’s radio station, where she also DJs a show highlighting new underground artists. She is from rural Oregon, likes to row in her spare time, and lives to eat.