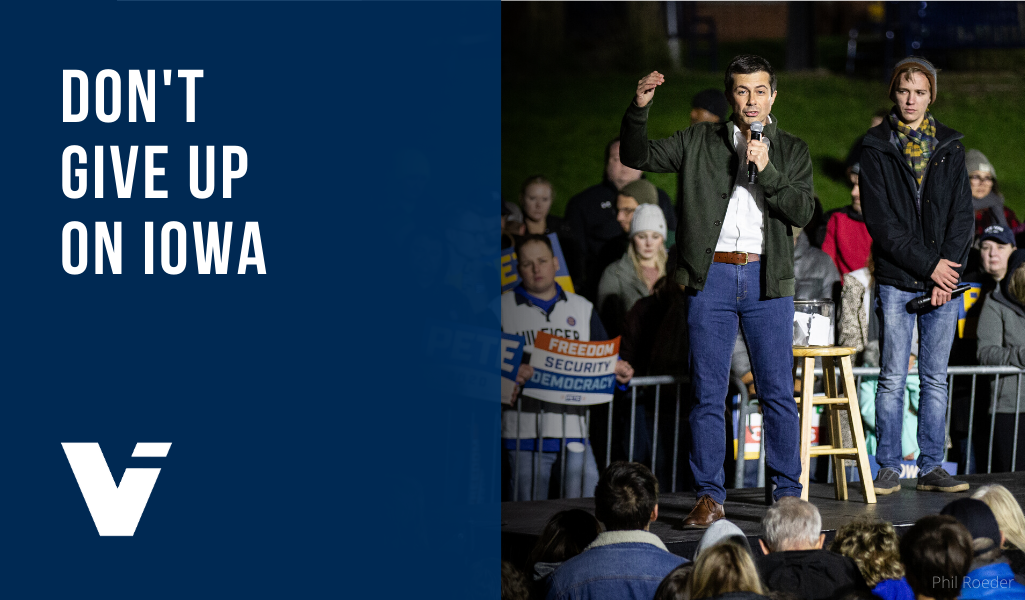 In the wake of Iowa, caucuses should go, but small states must stay

Small states play an important role in vetting presidential candidates and give worthy but unknown and underfunded candidates an opportunity to compete against major establishment players. That's a system we should keep.

“Total meltdown,” “debacle,” “f***ing disaster.” These were just a few of commentators’ colorful descriptions of the Iowa caucuses on the night of February 3. As the hours marched by with no votes reported, the analysis of potential winners and losers turned into a crescendo of condemnation against the caucus itself.

This first-in-the-nation caucus has long been the target of criticism, especially from Democrats. Why does such a small state wield such a large influence? Why does the first state that gets a chance to make its voice heard not reflect the diversity of the nation as a whole? Is a caucus even democratic in the first place?

The latter two of these criticisms are justified; the first is not.

Caucuses are indeed undemocratic. Part of the problem is the sheer complexity of the system—especially when so many candidates are involved. Political junkies might enjoy the complexity, strategy, and one-of-a-kind spectacle of a caucus, but many voters are turned off by it. Compared to the considerably less daunting system of conventional primary elections, caucuses drive people away from the polls by their intimidating and convoluted intricacy.

A caucus is also highly public. It requires that the voter be secure and outgoing enough to stand up in front of her neighbors, friends, customers, teachers, perfect strangers and declare her preferred candidate. It also requires that the voter have the time, resources, and motivation to take hours out of his life to stand in a high school gym through multiple head counts, interspersed with a round of politicking in which he might feel pressure or, at least, indecision about what to do, where to go, and who to believe. And, after all that, if there’s a tie in the precinct, the winner is decided by coin flip in Iowa or by drawing from a deck of cards (high card wins), in true Nevada fashion.

It’s true that the caucuses are a community event—and a uniquely American one, at that—but just because it only happens here does not mean it’s fit for our constitutional system. In order to include as many and as varied voices as possible in the democratic process, ballots should always be secret and the polling process as simple, understandable, and efficient as possible, in the spirit of the voting reforms of the late-nineteenth century.

Strong and close-knit communities are indispensable to the American social fabric. By all means, communities should organize block parties, barbecues, and other functions designed to strengthen their bonds in what is an increasingly atomized society. However, the rights to privacy and freedom of conscience are equally integral. Indeed, they are the most important considerations when it comes to voting.

If communities want to maintain their rightful role in the democratic process, they could organize voter registration drives, write letters to elected officials, attend local council meetings as a group, and hold carpools to polling places. But the individual must rule once the voting starts.

It is also a legitimate criticism that Iowa is a homogeneous state in a diverse nation. Considering the disproportionate impact Iowa has on the development of the national primary race, it is reasonable to suggest that a state which is more reflective of the nation’s diversity should make this impact. There are many relatively small states that fit the bill: New Mexico, Nevada, and South Carolina, to name just a few.

Nevertheless, less populous states should retain their outsized power in the democratic process. There are three main alternatives to a small state voting first: a populous Democratic stronghold like New York or California leads off; a group primary where several states vote simultaneously; or, the most radical change, a single day of nationwide primary voting that decides the nominee.

Yet all of these alternatives would make money, name recognition, and establishment support king in the early (or the entire) primary process. Of course, these are already built-in advantages for establishment candidates under the current system. But the empowerment of small states early in the process acts as a forceful counterbalance.

While it would be unfair to small campaigns and to small states not to give them this chance, it would be equally unfair to large states to have every small state vote before a single large one is given the same chance. There is, of course, no perfect solution, but a reasonable balance to strike—one that will maximize the range of voices heard and voters reached—is to have at least one, if not several small states vote first, followed by a mix of small and large.

Small states prevent money alone from ruling the day because of the lack of major media markets to saturate with ad buys. They require that candidates spend a great deal of time on the ground, crisscrossing the state, connecting with voters, and developing a smart and extensive ground game, often run by dedicated locals who know their communities like the backs of their hands.

This ensures that small campaigns without a great deal of name recognition, establishment support, and perhaps without massive fundraising figures, have a chance to elbow their way into the race early. Because if they don’t prove their viability early on, then they won’t be able to hang around for much longer. But if they do succeed in early states, they will likely receive a corresponding bump in fundraising, name recognition, and polling, at least partially levelling the playing field with the big-name candidates.

As for the larger campaigns, these small-state primaries and caucuses force them to prove that they can appeal to voters on the ground, just like the smaller campaigns have to, and not just throw around money and party clout. If big-name candidates simply skipped the smaller primaries, it would give their opponents who did participate the chance to close the gap without any opposition. Moreover, an establishment candidate campaigning only in major metropolitan areas is a bad look, and it opens the candidate up to accusations of elitism, party favoritism, and over-reliance on big money and the wealthy donors who provide it.

The idea of a single day of nationwide primary voting is especially egregious. Effectively, it would require that lesser-known candidates run what would amount—in size, scope, and cost—to a general election campaign. All this without the party’s fundraising, organizational, and technological support coalesced behind the candidate as it would be for the eventual nominee who actually will have to run a general election campaign.

Even if a vast overhaul of campaign finance laws could eliminate the problem of fundraising (and even this would never prevent privately wealthy people from financing their campaigns out of pocket), no reform could negate the built-in advantage of name recognition and establishment backing for well-known candidates.

If the “democratic” thing to do is simply to have a massive majority-rules vote on everything and be done with it, then this is the “democratic” solution. Perhaps a purist definition of “democratic” would support this, but there is a deeper issue at stake. If democracy requires, as it should, opportunities for new blood and fresh ideas to challenge the establishment, then this is, if not an undemocratic, then certainly a profoundly antidemocratic proposal.

So far, the results from the 2020 Iowa caucuses have borne out these ideas. Pete Buttigieg, the young former mayor of South Bend, Indiana, who began his campaign for the Democratic nomination with hardly any national name recognition, narrowly won the Iowa delegate count on a night when the much better known Senator Bernie Sanders was favored. The map shows the extent of his ground game as he won a majority of counties from rural to urban to suburban. The Sanders campaign is also a fundraising juggernaut, showing that money alone cannot win the Iowa Caucuses.

Conversely, former Vice President Joe Biden, certainly the best known candidate in the field—and the favorite of many in the Democratic establishment—fell flat in fourth place with under 16% of State Delegate Equivalents and only a handful of counties which he won outright. It’s true that Iowa is not the type of diverse state where the Biden campaign hopes he will thrive, but one would expect a former vice president who was very popular among Democrats—and whose boss, Barack Obama, was even more popular—to perform better. Indeed, the polls foresaw Biden finishing in the top three, if not the top two. But Biden had a weak ground game in Iowa, all but spelling his doom as he relied mainly on name recognition and establishment backing.

Well beyond the primary process, small states perform a crucial role in the American democratic-republican system. In institutions from the Electoral College to the Senate, they ensure that major population centers cannot rule the country single handedly. And they ensure that political minorities representing less populous regions have a strong voice and cannot simply be shunned in the halls of power.

The Imaginative Conservative – A Popular Defense of Our Undemocratic Constitution