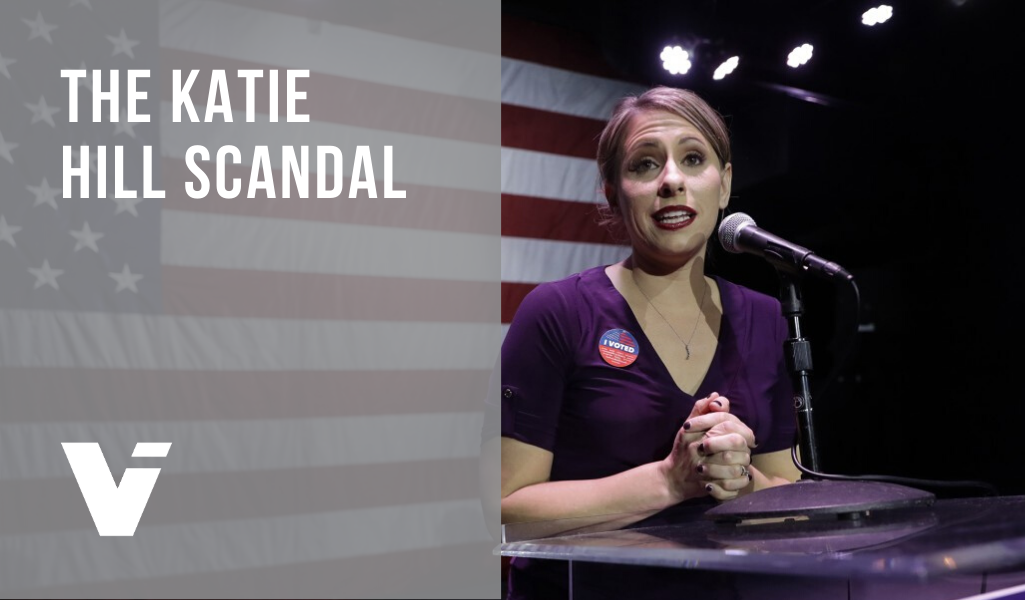 Katie Hill's sexuality is not your political football

When conservative news site RedState first broke the story of California Rep. Katie Hill’s polyamorous relationship with a female staffer–complete with private nude and intimate photos of Hill–the conservative blogosphere was quick to react. Except, rather than expressing grave concerns about the potential ethics violations of a member of Congress having an affair with a staffer, most conservative commentators expressed amusement about the idiosyncratic scandal.

These comments reveal the true nature of this story, which was reported behind the thin, flimsy veneer of ethics violations and national security issues. Even as Congress contains a record number of LGBT members, issues of queerness, sexual openness and polyamory are still seen as potent, salacious and divisive in American political spheres.

The dynamic of Hill having an open relationship is exciting and highly sexualized, and therefore captivating to audiences. Because of the lewd pictures and personal text messages–likely obtained from Hill’s husband, with whom she is currently in the process of a hostile divorce–this story has the same audience-pulling power of reality television.

It’s a prime opportunity for those on the right to publicly tarnish Hill's reputation and potentially retake the vulnerable seat of a freshman who unseated a Republican incumbent in a swing district. The added aspect of female bisexuality makes it all the more titillating to audiences.

The GOP, it should be noted, also has a long history as the party that is more hostile to LGBT rights, feminism and sexual liberalism. Plenty of comments on articles and social media posts have criticized Hill not for any ethical violations, but for her "sin" and "sexual deviancy." With this story, conservative writers are successfully drumming up every side of their base.

RedState and other conservative pundits have tried to cast this issue as one of national security. They say that Hill, who sits on the Armed Services Committee and is the Vice Chair of the Oversight Committee, might be susceptible to blackmail. One commentator even asserted that Hill is “lucky” that it was RedState who got ahold of the story and posted her photos, because they had access to even more revealing ones that they chose not to publish.

“This is the best-case scenario for Hill,” she wrote, “less scrupulous publications would have gone for the clickbait of publishing all of the photos.”

The sheer lunacy of that argument is self-evident. The fact RedState chose to publish private photos of Hill and frame her polyamorous relationship as a scandal at all is evidence of a problematic societal tendency to scandalize homosexuality and open sexual behaviors, especially among women. Hill is deeply unlucky to serve in Congress at a time when her sexuality can still be weaponized against her.

The elimination of this scandalization would erase the risk of blackmail, because politicians like Hill would no longer be forced hide loving, consensual relationships from an electorate that would punish them for it.

The right has also attempted to plaster Hill as a sexual harasser, on par with the scores of male politicians who were forced to resign during the 2017-2018 wave of #MeToo allegations. They have accused the left and the media of a double-standard: protecting Democrats like Hill while calling for Republican sexual harassers to resign.

Besides the fact that Democrats did support the resignations of their own members accused of misconduct, including Ruben Kihuen, Al Franken and John Conyers, Hill’s scandal doesn’t fall into the same category as those #MeToo scandals. In most #MeToo scandals, politicians groped women, made unwanted advances, and retaliated against staffers who refused and rewarded those who gave in.

By all accounts, Hill’s relationship with her staffer was loving and consensual. Neither RedState nor any other publication has provided evidence that there was a quid pro quo, threat of retaliation or any other improper action on Hill’s part that makes her relationship morally or ethically wrong, besides it being a technical violation of House rules.

Hill’s actions would fall under the category of ethical rule-breaking–perhaps not to the strict letter of the law, but not victimizing anybody. The business of her divorce, and whatever emotional pain her actions may have caused her husband, is not a matter of public interest and shouldn’t concern pundits or voters.

It’s also worth noting the massive hypocrisy of Republicans calling for Hill’s resignation over an affair and, as they claim, sexual misconduct.

Besides their continued support of a President who has been accused of dozens of acts of sexual assault, misconduct and even rape–not to mention numerous extramarital affairs including porn-stars whom he paid for silence–a Morning Consult poll in February found that Republicans were more likely than Democrats to support a politician who cheated on their spouse, and were twice as likely to support a politician accused of sexual misconduct.

This reveals the deeply partisan, and unprincipled, nature of conservative outrage over the Katie Hill scandal. The average Republican is less likely to be concerned with sexual misconduct and marital infidelity among politicians than the average Democrat, unless the politician is a Democrat.

It's not altogether surprising that Republicans are more likely to stand behind a scandalized Republican, who can help bolster a GOP majority or deliver partisan, ideological or policy wins for their side. But it is evident that there's a good amount of bad-faith partisanship inherent in their attacks on Hill's scandal.

Ultimately, this scandal is little more than bad-faith actors on the right seizing on a salacious story about a queer, female member of Congress to damage her career and further their partisan interests. It’s time we end the scandalization of queerness and open sexuality in politics so that stories like these cannot be weaponized. The fact that they can keeps competent, patriotic LGBTQ and poly individuals out of public service. Nothing like this should happen again.