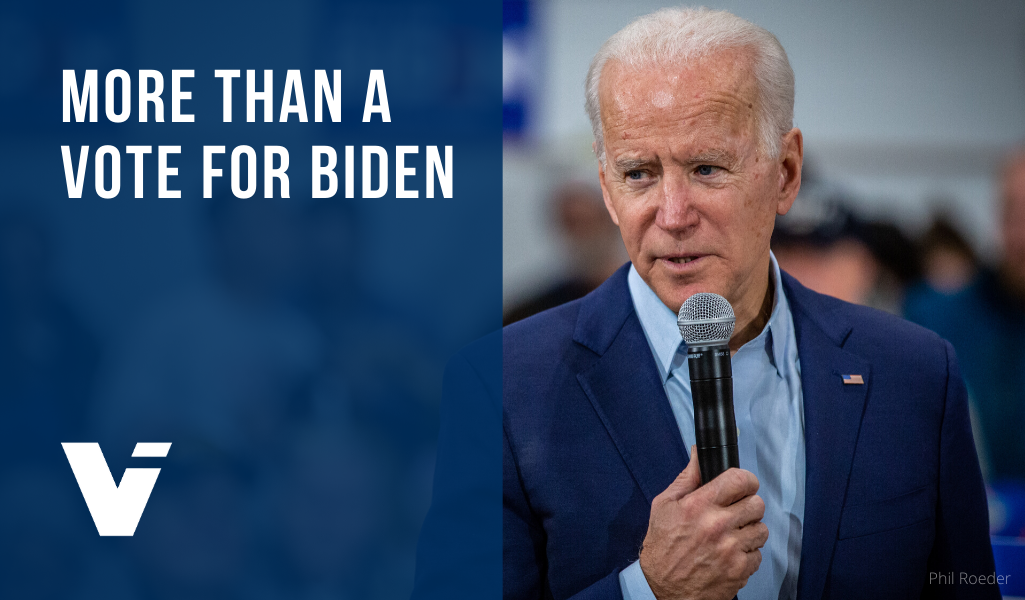 Bernie Sanders ran a strong campaign and bowed out honorably when it became clear he could not win. By endorsing Joe Biden, he showed that he continues to care more about the issues than his own candidacy, contrary to what some had charged.

Unfortunately, not all of his supporters have gotten the memo.

Much of the left-wing opposition comes from the perception that Biden is too conservative, and the notion that there is little difference between him and Donald Trump in terms of policy.

Moreover, many Sanders supporters may hope to send the Democratic National Committee a message that it needs to earn their vote by embracing progressive policies rather than harping to them about party unity.

While I don’t agree with this perspective—as Barack Obama put it in his endorsement of his former vice president, Biden has the most progressive platform of any major party nominee in history—I’m not going to use this article to ask Sanders supporters to support this view.

Instead, I have this message for them:

Don’t vote because of Joe Biden, vote because of Ruth Bader Ginsburg, who at 87 years old, may not survive for four more years of Trump. Were Trump to have the opportunity to appoint another young, right-wing justice, the Supreme Court could become irreversibly conservative for decades.

Vote for the survival of our nation’s federal court system. Trump has appointed federal judges at a faster rate than any other president in history, many being right-wing ideologues who will continue to shift the courts to the right long after Trump leaves office.

Vote for the survival of our planet and for an administration that would not continue to deny climate change science. Another four years of a Trump presidency will cause irreparable damage to the earth.

Vote for the many citizens whose votes are being suppressed under the Trump administration through its support for baseless voter ID laws and opposition to mail-in balloting, which both disproportionately affect minority groups.

Vote to end Mitch McConnell’s reign as majority leader of the Senate, during which time he has blocked countless bipartisan bills, unfairly prevented Merrick Garland from a nomination hearing, and supported the appointment of many unqualified Trump administration officials.

Vote for the victims of countless mass shootings that the country has endured in recent years as Republican politicians have refused to take even moderate action on gun control.

Vote for the many families whose healthcare will be threatened if Trump and Republicans are able to continue their attacks on the Affordable Care Act, and for an administration that will seek to extend healthcare to all Americans, albeit not to the extent that Sanders was proposing.

Vote for the workers struggling to survive on $7.25 an hour. A Biden administration would support an increase in the minimum wage to $15 an hour – hardly a conservative position.

If I wanted to continue listing the terrible abuses of power and detrimental actions committed by the Trump administration that must be reversed, I could do so ad infinitum.

The simple fact is that the Trump administration has severely hurt the lives of countless Americans – a Biden presidency would undo much of that harm.

Another simple fact is that, due to the nature of America’s current electoral system, a vote for a third-party candidate or a decision to sit out the election is effectively a vote for President Trump.

Many do not have the privilege to make a vote of conscience in protest of Biden’s perceived ideological impurity. Another term of a Trump presidency would no doubt cost lives and impact the lives of many more.

Please, Bernie supporters: take note of this, hold your noses, and vote for Joe Biden.