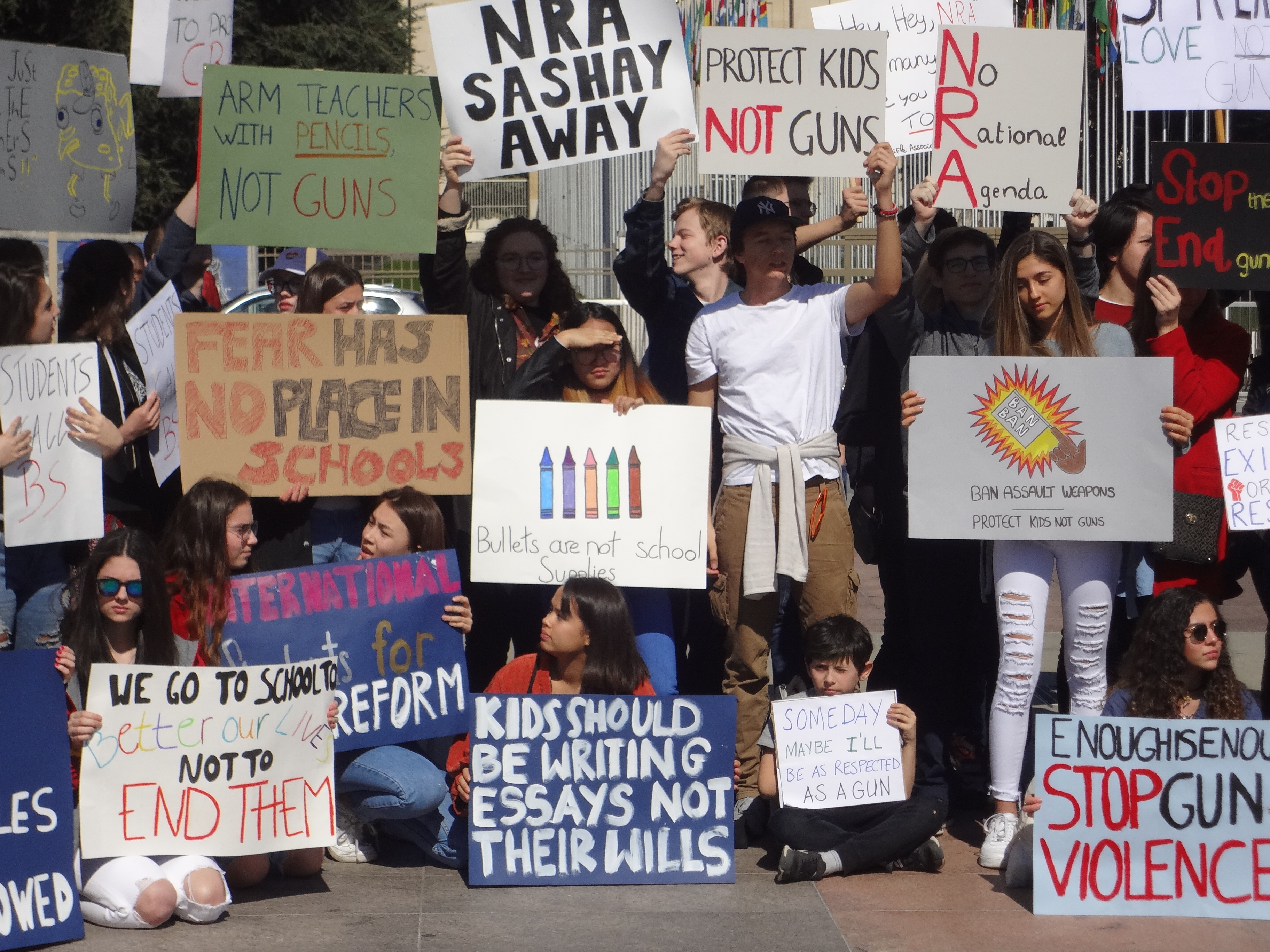 Today, millions of Americans are marching through the streets of Seattle, Miami, San Diego, New York and many other cities in between to sound off an important rallying cry. Their message is clear: “Hear our voices, work to keep us safe.” America’s youth are sick and tired of lawmakers prioritizing the power of NRA ad buys over their interests. Our political system makes this an easy call for lawmakers, who reasonably decide to bolster their reelection prospects at the expense of garnering popularity with a non-voting demographic. Therein lies the problem; without youth suffrage, the NRA will always prevail in the political battles that follow school shootings, no matter how high the body count rises.

I have a few simple questions for the readers of this piece. Why is a sixteen-year-old honors student less qualified to vote than a fifty-year-old high school dropout? Why is a bright, promising fourteen-year-old somehow less able to make an informed political decision than an eighty-year-old dementia patient. If a seventy-year-old can vote for a politician who promises to fund social security and eliminate crime and a forty-year-old can vote for a candidate with their preferred stance on gun control or abortion rights, why shouldn’t a fifteen year old vote be allowed to vote on the issues that impact them such as education, child labor laws or climate change?

The most common argument against youth suffrage is that teenagers have weaker judgment and reasoning than adults. Another dictates that children would simply vote the way their parents do, or would be otherwise swayed in their electoral choices by the adults around them. These assertions are scientifically and logically sound, but are they philosophically relevant? There are many arguments to be made about the positive social, political and democratic impacts youth suffrage would have on our nation, but those points aren’t strictly relevant in this debate. A lower voting age would only come about by constitutional amendment. Therefore, assertions like “teenagers are less educated than adults” and “they would just vote with their parents”–besides being problematically similar to prevailing arguments against black and female suffrage–are not valid in this debate. We must look at this from a philosophical and legal standpoint.

On these grounds, there is no reasonable case to restrict voting to adults. Teenagers are subject to the same laws, governed by the same institutions and protected by the same military as adults. Should they not have a say in how those laws are made, who runs those institutions and whether we fund that military? Should not a subject of the public school system have the same right to vote to increase (or decrease) education spending just as a subject of the criminal justice system can vote to determine how that system runs (that is, of course, unless that subject is convicted of a felony, in which case they're denied franchise in a whole other miscarriage of justice that I won't get into right now)?

One rebuttal to youth suffrage that its opponents offer is that young people don’t pay taxes, and therefore they shouldn’t get to decide where our tax money goes. Again, this argument has no philosophical legs upon which to stand. Do we restrict the vote of a homeless person who has no income and who therefore pays no taxes? Furthermore, many people under the age of eighteen have paying jobs, and some pay taxes. So we find that some teenagers do in fact pay into our system and some adults don’t, and yet those non-taxpayers can vote to increase welfare spending but those taxpayers cannot vote to raise the minimum wage.

In denying people under the age of eighteen the right to vote, we disenfranchise a group that has an equal stake in our government’s policies. The arguments made against teenagers voting are the same ones we saw used against blacks and women voting. “Slaves would just vote how their masters vote,” they said. Likewise for women with their husbands. Both groups were systematically less educated and were therefore less likely to make smart choices in the ballot box. Yet, was it not the same society that they were denied any say and shaping that repressed their education, made them subservient to white, male masters and husbands and kept them in that endless cycle of subservience until they finally pushed hard enough and broke free? In the 1920s and the 1960s, women and blacks marched for their suffrage and they won it. In decades to come, might we say the same about the young people who marched for their lives on March 24th, 2018?

The Nation - Lower the Voting Age to 16