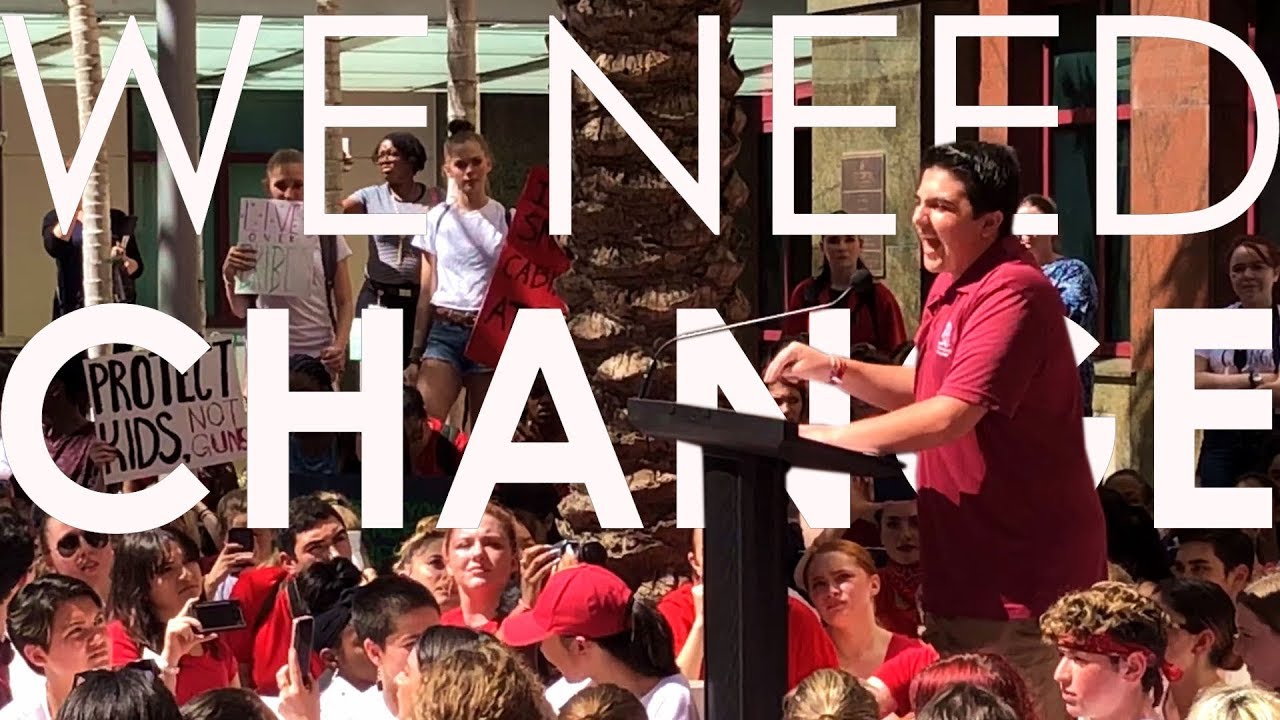 It has been about two months since the deadly mass shooting at Marjory Stoneman Douglas High School in Parkland, Florida. Since that tragic event we, have seen a series of copycat shootings and threats, a nationwide anti-gun violence march and a rise in student activism. A considerable number of these student activists come straight from Parkland themselves, including Gabe Glassman, a sophomore at Marjory Stoneman Douglas and, as a result, a survivor of February’s shooting. Glassman has spoken both on NPR and Youth Radio to combat this senseless gun violence and fight to ensure that something like this never happens again.

Carton: The #NeverAgain movement has grown so much in the last month and a half. What, from your perspective, is this movement attempting to accomplish?

Glassman:  I would say that the #NeverAgain movement is trying to put an end to school shootings so that more U.S. citizens don’t have to go through what the students of Marjory Stoneman Douglas had to go through.

Carton: What degree of gun control are you [and the #NeverAgain movement] calling for? In your opinion, how does mental health relate to ownership of a gun?

Carton: Do you think the Parkland protests will manifest into policy? Are you or any of your classmates actively lobbying lawmakers directly or indirectly?

Glassman: Marjory Stoneman Douglas students are taught one thing above all else: stand up for what you believe in. We are fighting for what we believe in and we believe that school shootings need to end nationwide. No one will be lobbying “full-time” but recently, I found out that [my classmate] David Hogg will skip a year of college and keep active in politics.

Carton: A lot of Black Lives Matter activists have pointed out that when black students walked out of class and organized protests, they didn't receive nearly this much support. They suggest [that the #NeverAgain] movement wouldn't have grown so much if it weren't for the white people supporting it [and leading it]. Do you agree with this, why or why not?

Glassman: No. It doesn’t matter if you’re white, black, hispanic, or any other race/religion. I believe that we are fighting for the [all the] people who are murdered every year, and most of those people are not white. If protests feature more black people than white, in my opinion, it doesn’t matter because [they] are just as important as [anybody else] fighting for gun control in America.

Glassman: Yes! We should absolutely lower the voting age. The age I was thinking of was 16.

Carton: There have been a substantial amount of attacks from the far-right [media, which has ranged] from suggesting that your classmates are ‘crisis actors,’ to attacking your age to declaring your movement unconstitutional. How do you think the media and activists should respond to these claims? Are they best left ignored, or confronted?

Glassman: I don’t know who in their right mind would call students, who are victims of gun violence and who know what they are talking about, crisis actors. This isn’t a musical, this is real life that we are dealing with and we don’t want to play around. I don’t know how we would confront these words they’ve said.

Carton: If you could say anything to President Trump and the politicians who have taken money from the National Rifle Association, what would it be?

Glassman: I would say, “stop, before you kill more of the best generation.”

Carton: How has the shooting and the activist work impacted your daily social/academic life? Has this affected what you want to do after high school, or will you continue to pursue any goals you set beforehand?

Glassman: My activist work hasn’t really affected my life. It has just added more to my schedule. The shooting has affected my life in a major way, however. It has affected the way I go to school and the way I think about my life outside of school. In what way? Well, when people I don’t know start talking about guns, I personally take offense to that.

Carton: Lastly, you and the other Parkland kids have been such an inspiration to activists both young and old across the country. What would you say to kids your age who are afraid of something like this happening at their schools and who are trying to make a difference like you?

Glassman: The chances of anything like what happened at MSD happening at their school is very slim. They don’t have to worry. Things will change for the better and we will soon be able to go to school without the fear of something bad happening.

And so, as it has been seen in the hearts of many of the Parkland students, we end with the hope for a better future.

NPR - 'We Were In That School': Parkland Students Prepare To Return After Shooting

March for Our Lives

Newsweek - March for Our Lives: A new generation of student activists rises up in the wake of Parkland.

Hallie Carton ‘21 is a prospective English major and political science correlate from Atlanta, Georgia, with an interest in screenplay writing.