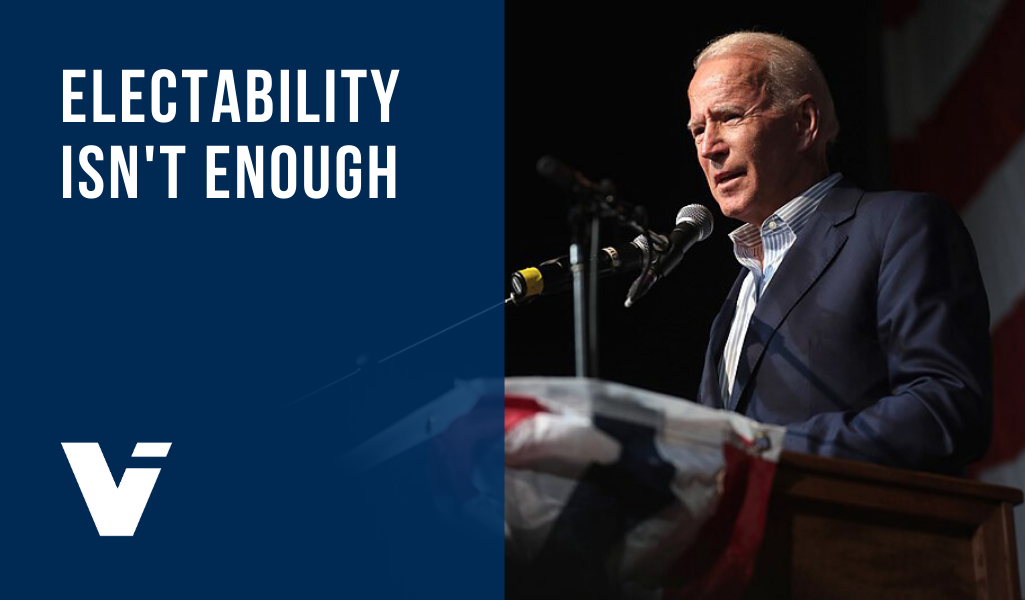 The Underrated Importance of Political Skill

Voters and journalists have primarily focused on electability and policy positions as the defining qualities that distinguish the 2020 Democratic presidential candidates. Commentators often assert that these two qualities are related, usually claiming that left-wing policy stances either reduce or increase a candidate’s ability to defeat Trump.

But there is not enough consideration of how effective or skilled a candidate would be as president, in terms of actually being able to “get things done.”

Of course, there are exceptions, like when Elizabeth Warren argues that she will be able to pass progressive legislation by abolishing the filibuster. Or when Joe Biden implies that he would be an effective president because he can work with Republicans in Congress. By and large, however, these assertions are not scrutinized or emphasized nearly as much as the candidates' policy proposals or claims about electability.

And discussions about electability tend to focus on candidates’ ideology and gender, ignoring the importance of a candidate’s actual, proven campaigning skills—which seem much more likely to affect their chances of defeating Trump.

All of the major Democratic candidates agree on general policy priorities, like fighting climate change, achieving universal healthcare, and empowering the most marginalized Americans. However, working towards any of these policy goals will be extremely challenging in a country with such a dysfunctional, politically polarized government. This means that perhaps the most significant difference between candidates is how skilled they would be at advancing these major Democratic policy objectives, once they are elected president.

The most effective president might be whoever would best allocate political capital in order to successfully pass major legislation. They’d have the best judgment in choosing skilled cabinet secretaries and advisors. They’d hold the deepest understanding of the federal bureaucracy, so that they can effectively advance liberal priorities via executive actions.

A politically skilled Democratic president would also hold a realistic view of what motivates moderate and conservative politicians, and would strategize accordingly. (This is particularly important because the president will need support from moderate Democratic senators like Joe Manchin in order to pass any major legislation, even if Democrats retake the Senate and eliminate the filibuster.

The other side of political skill is the ability to run a strategically adept campaign that can beat Trump. It’s unlikely that any of the major Democratic candidates are either completely unelectable or a sure bet to win the general election. The outcome of the election will, in part, depend on the kind of campaign they run.

The most competent nominee might be whoever will surround themselves with the best campaign strategists, who will have the best judgment in deciding when to ignore and when to respond to Trump’s attacks, and who has the charisma to capture the hearts and minds of as many 2016 nonvoters, third-party voters, and Trump voters as possible.

The nominee must have the campaigning skill to avoid repeating the strategic mistakes of the Clinton campaign. And despite candidates’ hesitance to appear that they are “pandering”, the nominee should be capable of navigating the treacherous waters of public opinion and should be prepared to utilize internal polling data properly.

It’s difficult to know who exactly has the most political skill out of the present crop of major candidates. Biden has the legislative and executive experience that might point to a thorough understanding of the inner workings of Washington. However, he clings to a dangerously naive hope for a return to bipartisanship, and his mediocre fundraising numbers may indicate that he is not a good enough campaigner to garner enthusiasm among potential supporters.

Warren’s focus on wonkish policy proposals—in addition to her extensive experience creating the Consumer Financial Protection Bureau and overseeing the TARP bailouts—indicate a comprehensive understanding of federal policymaking and the workings of the federal bureaucracy. And her steady rise in the polls and strong fundraising show that she is skilled at running an effective campaign. But her poor handling of the Native American DNA test fiasco and insistence on abolishing private health insurance might point to poor political instincts.

Similarly, Buttigieg’s unexpectedly successful campaign, including a meteoric rise to near-frontrunner status in Iowa (as of late November 2019), points to strong campaigning skills. But unlike the other major candidates, his lack of any Washington experience casts doubt on his ability to effectively navigate the complexities of federal governance.

And finally, Sanders has shown an exceptional ability to generate enthusiasm among activists and younger voters across both the 2016 and 2020 campaigns. But the loss of much of his 2016 base to Warren and Biden casts doubt on the durability of his powerful “brand,” and the lack of major accomplishments in his long Senate career points to a governing style that might be ineffective outside of progressive enclaves.

It’s also important to consider how candidates’ ages would affect their political skills while governing. Biden and Sanders are 77 and 78 respectively, so their presidencies would extend well into their 80s (especially if they are re-elected). About 25 percent of people between the ages of 80 and 84 experience mild cognitive impairment, which is very likely to affect political skill. Ronald Reagan, the oldest president before Trump was elected, even entered the early stages of dementia while in office.

Furthermore, the policy differences between Democratic candidates are dwarfed by the chasm between the policy agenda of any Democrat and the agenda that would be perpetuated by a second term of the Trump Administration. If the Democratic nominee cannot run a savvy enough campaign to defeat Trump, it won’t matter whether they supported Medicare-for-All or a public option.

When you vote for a candidate in the primary, you are essentially voting to hire them for two very important jobs: defeating Donald Trump in the 2020 general election and governing in a way that will make the United States a better place to live. Just like an employer considers the relevant skills of job applicants, voters and pundits need to consider the governing and political campaigning skills of candidates.

New York Times - Is Age Only a Number, Even When You’re Running for President?

New York Magazine - What Do Democrats Mean by ‘Electability’?‍