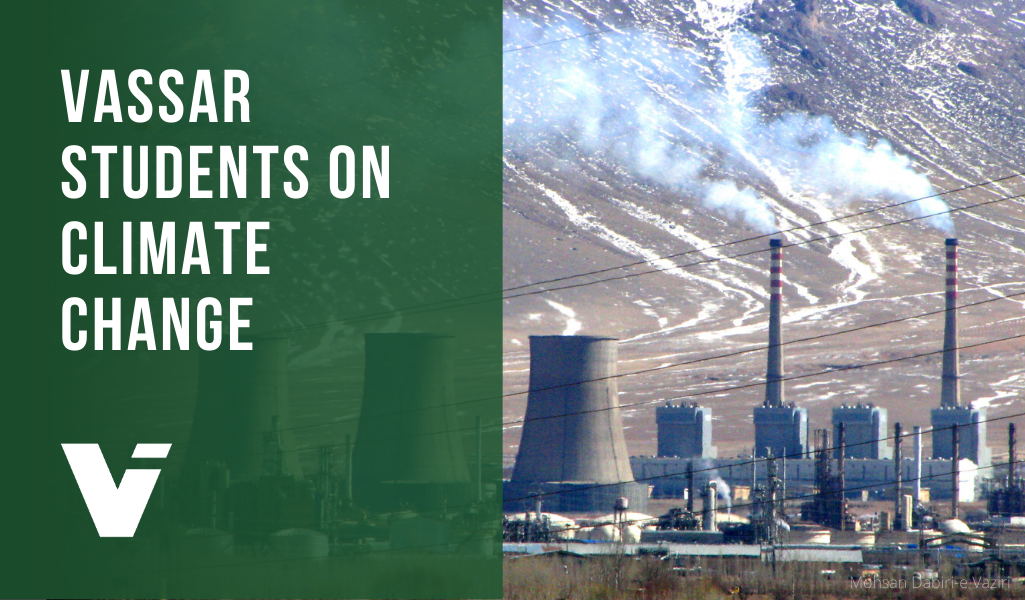 When talking to Vassar students about the present state of the world, perhaps no other topic inspires a greater sense of fear and urgency than society’s failure to sufficiently respond to Earth’s rapidly warming climate. The Insider has conducted a survey to understand how Vassar students conceptualize the climate crisis, how they feel about proposed policy solutions, and how they are turning their concerns into action. We hope the results will be useful to researchers, activists, or anyone else who cares about addressing the climate crisis.

The Vassar Insider circulated a Google Forms survey via social media and email between February 21 and March 5. We understand that students who have stronger opinions on the climate crisis were much more likely to choose to take the survey, so it is not quite a statistically random sample of the Vassar student population. This is noticeable in the breakdown of respondents’ majors, where Environmental Studies and STS majors are somewhat overrepresented. Regardless, the survey’s results should be valuable for anyone seeking to understand the perspectives of Vassar students on the climate crisis. The full results are linked at the bottom of this article. We received N=164 respondents.

Vassar students have a wide range of reasons for caring about the climate crisis, but are particularly concerned about its ecological consequences and implications for environmental justice.

Respondents were instructed to pick their top three concerns about the climate crisis from a list of nine options. Seven of the nine options were chosen by at least 20% of respondents, indicating that Vassar students have a diverse array of motivations for caring about the climate. The most common concerns were the climate crisis’s “disproportionate impact on marginalized populations” and “destruction of natural ecosystems and reduction in biodiversity”, both of which were selected by over 60% of respondents.

This view that political and economic institutions are most responsible for the climate crisis was reflected elsewhere in the survey.

For example, 55% of respondents believe that “voting for politicians who take the climate crisis seriously” is “extremely” effective at reducing one’s carbon footprint. In contrast, none of the other personal actions we asked about were viewed as “extremely” effective at reducing one’s effect on the climate by any more than a third of respondents.

The emphasis on fighting the climate crisis through political action was also reflected by respondents’ self-reported personal behavior.

This indicates that the climate crisis might be a powerful motivator for students’ civic participation, and that many students understand the importance of systemic change in fighting the climate crisis but might be less focused on reducing their own carbon footprints.

Respondents generally supported potential actions that Vassar could take to further address the climate crisis. Nearly nine out of ten would support some form of “Meatless Mondays” program on campus, although much of that support would be contingent upon Vassar significantly expanding vegetarian/vegan options on campus that day. Two-thirds would support a curricular requirement for all Vassar students to take at least one class related to the climate crisis.

Finally, respondents were asked an open-ended question about what Vassar’s administration should do to reduce carbon emissions. The most common responses were that Vassar should divest from fossil fuels and invest in renewable energy—such as solar panels—on campus.

The survey’s full results are here.