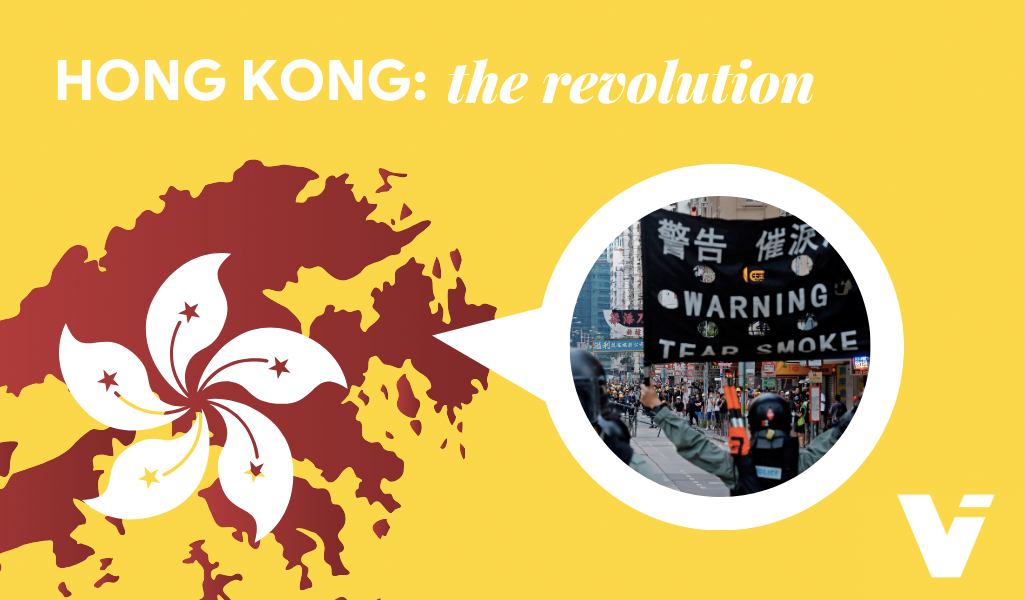 Here's what the pro-democracy victory means for Hong Kong

Pro-Democracy politicians won a stunning upset victory in Hong Kong's recent district council elections, but the prosperous city-state remains under the autocratic rule of China. So what do these results mean for the people of Hong Kong?

After months of demonstrations, Hong Kong’s citizens had a chance to use their votes to amplify their voices and the result was clear: pro-democracy candidates took 385 seats (more than 85%) in the District Council, winning 57% of the popular vote, the highest percentage they had received since Hong Kong was returned to China in 1997.

Pro-establishment candidates (those supporting the Beijing government) only secured 59 seats in the election, compared to 298 seats four years ago.

Even for those pro-establishment candidates that won, it was a difficult fight. 46% of them won by a margin of  5% or less, whereas only 13% of the pro-democracy candidates won by such a small margin.

There are 18 electoral districts and 479 District Council legislators in Hong Kong; 452 of them are directly elected, and the rest, representing certain rural areas, are appointed by the government according to a colonial tradition.

Pro-democracy legislators now control 17 local districts, with one exception: the Island District, in which more than 40% of its seats are government-appointed..

Because district legislators have significantly less power than those of the Legislative Council, district elections are usually quiet affairs. Voter turnouts for district elections have never exceeded 50% before. But this year 71.23% of voters cast their ballots. It was also the first time for every sub-district to have at least two candidates competing for the seat, as a result of the months-long campaign for ending “automatic elections”.

213 first-time pro-democracy candidates won their seats; many defeated incumbent pro-establishment legislators. Although famous pro-democracy dissenter Leung Kwok-hung, known by many as Longhair, lost to a 20-year incumbent by 300 votes, he commented that he still believed that the Hong Kong people won the election.

The election results are significant to politics in Hong Kong in several ways. As professor Leung Kai Chi of the Chinese University of Hong Kong explained,  although the work of District Council Legislators are non-political, they have political impacts.

Secondly, this victory prevents the government from manufacturing consensus. In the past, the Hong Kong government often mandated the District Council, controlled by the pro-establishment members, to discuss controversial bills that are not related to the local district, in order to pass them in the Legislation Council. For example, the Extradition Bill, which caused massive protests in Hong Kong for the past six months, was pushed forward in this way.

Thirdly, the pro-democracy parties will now have more bargaining power. With their victory in the District Council election, Pro-Democracy candidates will secure 6 additional seats in the Legislative Council and 117 additional seats in the chief executive election committee, as these seats are solely reserved for members of the District Council according to the Basic Law, Hong Kong’s constitution.

However, this does not guarantee that pro-democracy parties will gain a majority in the more powerful Legislative Council. Only 35 seats out of the 70 seats in the Legislative Council are elected, and they are chosen following a proportional representation system. If the Pro-establishment candidates receive 40% of the popular votes as they did this time, they will take 40% of those 35 seats.

Nor will the Pro-Democracy decide the next chief executive of Hong Kong. They are likely to gain 400 seats out of the 1200 seats on the election committee; the pro-Beijing establishment and delegates from big corporations occupy the rest.

But even as the establishment is likely to maintain its grip on most of Hong Kong's levers of power, this pro-democracy victory serves as a powerful symbolic message from voters that the status quo of China’s autocratic governance is no longer satisfactory. With pro-democratic passions only becoming more inflamed and riots becoming increasingly severe, it remains to be seen how the opaque and unresponsive Chinese regime will react.

Yinguang (’23) is a Deputy Politics Editor. He is a prospective Political Science major from Beijing. He is an academic assistant in VeritasChina, promoting Liberal Arts Education for Chinese student. He used to be the chief editor of his high school’s online news agency, Imaginist.