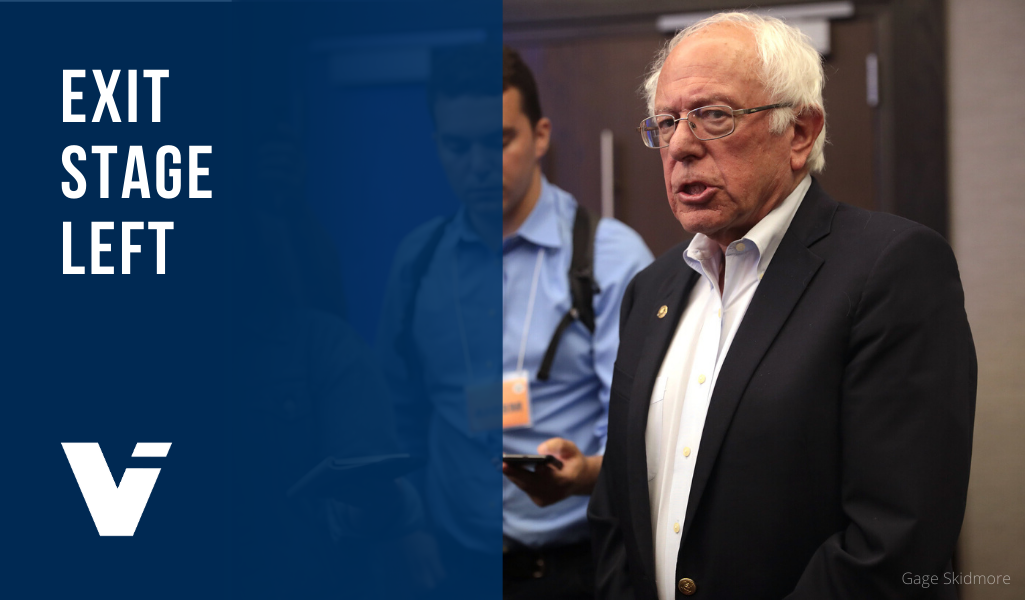 The 78-year-old democratic socialist is on his way to losing his second presidential race in a row. Should he hand the reigns of the movement he built to a younger successor?

The most common mistake a political leader can make is overstaying their welcome. Every politician, no matter how savvy or momentarily popular, has a shelf life–at least in a democracy where they can be voted out. George Washington knew that, and he set a monumental precedent that has been adhered to by all but one of his 44 successors. Margaret Thatcher and Silvio Berlusconi, among many others, didn’t know that, but they learned it the hard way.

Now it’s time for Vermont Senator Bernie Sanders, the de facto leader of the progressive movement in the United States, to demonstrate his knowledge, or lack thereof, of this golden rule of politics.

With half of the pledged delegates in the 2020 Democratic presidential primary already allocated, former Vice President Joe Biden leads Sanders by nearly 300 delegates out of 2,233 declared. Biden is well on his way to becoming the nominee, as Sanders trails by a margin that Geoffrey Skelley of FiveThirtyEight calls “nearly insurmountable.”

Sanders’ presidential prospects looked remarkably bright as recently as February. He won a popular vote victory in Iowa–though South Bend Pete Buttigieg took home the most delegates–followed by a narrow but outright victory in New Hampshire a week later. That was in turn followed by a landslide victory in Nevada, where he won 46.8 percent of the vote, more than double his next-closest competitor.

At the same time, despite polling as the frontrunner for the entire race and wielding enormous name recognition and stature thanks to his eight years as President Obama’s VP, Biden was flaming out disastrously. He came in fourth in Iowa, followed by a pathetic fifth in Iowa. He finished a distant second to Sanders in Nevada. By the time South Carolina rolled around, he seemed like a dead man walking.

But rather than being the final nail in his coffin, South Carolina ended up being the ether that revived Biden’s flagging candidacy. Thanks to his deep support among African American voters and a well timed endorsement from influential lawmaker Jim Clyburn, Biden routed the competition, winning 49 percent of the vote in South Carolina.

That brings us to Tuesday, when Biden won yet another considerable victory in what is becoming a monotonous exercise. He obliterated Sanders in Florida, Illinois and Arizona, all by double digit margins. This loss was especially embarrassing for Sanders, whose base is Hispanic voters, considering Florida and Arizona both have large Hispanic populations.

New York Magazine columnist Jonathan Chait argues that Sanders’ continued presence in the race–especially considering the fact that the coronavirus pandemic makes voting an increasingly risky activity at the present moment–would be an embarrassment for him and his movement.

“Sanders has of course built a passionate movement associated with well-defined ideas,” Chait writes, “it’s not clear what he has to gain by devoting that movement and its resources to the cause of losing a long series of primaries.” He argues that remaining in the race would show a “failure to accept political reality and disinterest in the Democratic party’s greater good” which would be “counterproductive to [the movement’s] long-term goals.”

Nobody doubts that Sanders has come a long way since the virtually unknown democratic socialist stood before a few dozen reporters in front of the US Capitol in 2015 and announced his long-shot bid for the presidency against political juggernaut Hillary Clinton. He has galvanized and stoked the passions of young voters and lurched the Democratic party leftward on policy and messaging to the point where many of his planks are standard fare in a given Democratic candidate’s platform.

And while Sanders was busy getting his ass handed to him by Joe Biden on Tuesday, his movement won other victories. In Illinois’s third district, progressive Marie Newman managed to unseat conservative Democrat Dan Lipinski, an opponent of abortion and LGBT rights who voted against the Affordable Care Act.

Meanwhile, exit polls show Sanders’ key proposal Medicare-for-All favored by a majority of voters, even in Florida which Biden won by a 30 point margin. Such has been the case in exit polls throughout the 2020 primary, many in states one wouldn’t expect progressive policies to poll well, even among Democrats. That would’ve been unthinkable before Sanders rose to prominence in 2016.

Sanders has done the American progressive movement an immense, invaluable service. He has taken it from a marginal presence in both the Democratic party and the broader American political system and turned it into a powerful organizing body and a driver of real policy change. But the 2020 primary–in which Democrats have prioritized electability over policy and viewed Biden as more electable than Sanders–has likely demonstrated that Sanders’ time as head of his movement is coming to an end.

Given his age, it’s more than fitting. Many-a-commentator has brought up the irony that the 78-year-old Sanders is the overwhelming favorite of young voters. Sanders supporters are quick to point out that it’s the ideas, rather than the individual, that drive such fervent support. What that reveals is Sanders could be easily supplanted by a younger–perhaps less cantankerous, more conciliatory and more ethnically diverse–counterpart who espouses the same ideas.

And it’s not like the progressive movement is without a diverse and youthful bench; there are 96 members of the Congressional Progressive Caucus. The most notable among them are referred to as “the Squad,” a group of four women–Alexandria Ocasio-Cortez, Ilhan Omar, Rashida Tlaib and Ayanna Pressley–all of whom are ethnic or racial minorities under the age of 50.

Ocasio-Cortez in particular has been seen by many in the progressive movement as the natural successor to Sanders. The politically savvy freshman Congresswoman from Queens, New York rose to prominence after unseating the fourth ranking House Democrat in a historic upset in 2018. Since then, she has built a reputation as a skilled political organizer, social media influencer and legislative workhorse who asks thoughtful, hard hitting questions in hearings.

But it is unclear whether Sanders is quite ready to hang up his rumpled suit and cede power to his millennial acolytes just yet. Even after 40 years in political office, including 30 spent in Washington, Sanders seems as energized as ever despite suffering from a heart attack last October. He appears strong both physically and cognitively. The real question is whether, behind those thick glasses, Sanders’ eyesight is strong enough for him to read the writing on the wall.

POLITICO - ‘Who is going to advise him to drop out?’: Bernie may not be ready for quick exit