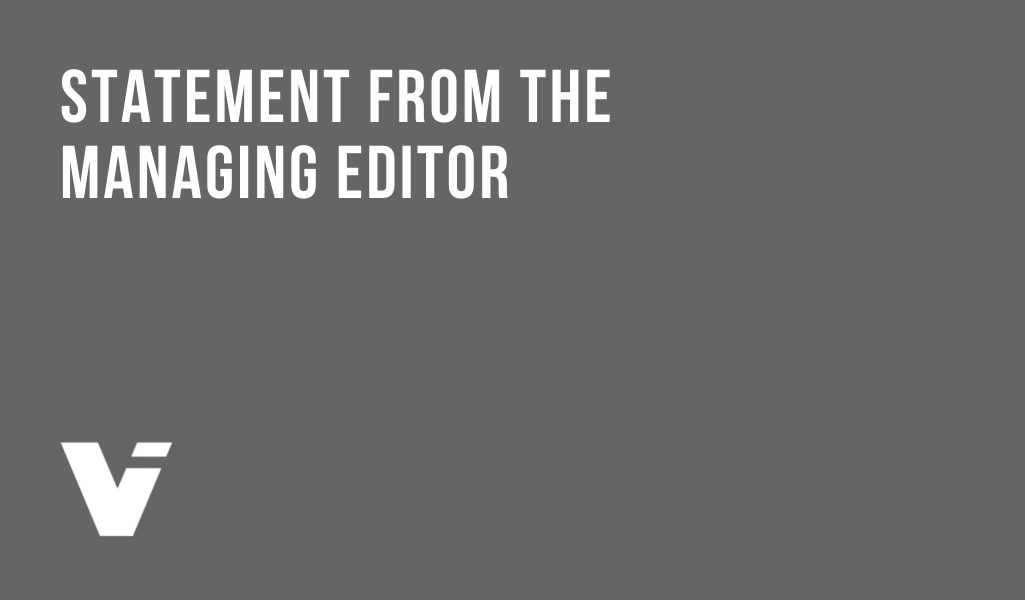 The following statement is the personal opinion of the Managing Editor and does not necessarily reflect the general views of the Vassar Insider editorial staff:

As the Editor-in-Chief’s statement conveys, it was absolutely unacceptable for the Vassar Insider to publish the article “Despite Athlete Privilege, Violence is Violence,” which contained an account of sexual assault that was included without the survivor’s consent. Although the article has since been taken down, there is no way to undo the harm caused by its publication. We are doing whatever it takes to ensure that this never happens again.

The Insider’s staff have immediately enacted a more rigorous editorial process, which ensures that the final draft of every article will be reviewed multiple times by at least three editors before being published. As a result, any obviously unpublishable passages such as the aforementioned account of sexual assault will be noticed and removed before any article is posted to our site. (The Editor-in-Chief’s statement contains more detail on the rationale behind this change.) As of July 2020, we are in the process of further revising our editorial guidelines.

I believe that the article should not have been published for several other reasons that I will outline below. I did not review the article before it was published, nor was I expected to do so under our editorial rules at the time. If I had seen the article beforehand, I would have raised the following issues with the author and my fellow editors. While the Vassar Insider’s editorial process values the “unique voice or viewpoint” of authors, I believe that many of this article’s shortcomings were not matters of voice or viewpoint. Instead, the article failed to meet a key standard of ethical journalism: the obligation to minimize the harm that results from one’s reporting, within reason.

According to the Society of Professional Journalists’ Code of Ethics, one of the four foundational principles of ethical journalism is to “Minimize Harm.” The Code of Ethics further clarifies this principle by stating that journalists should “balance the public’s need for information against potential harm or discomfort” and “show compassion for those who may be affected by news coverage”. Of course, this is a highly subjective standard, but I believe that the article “Despite Athlete Privilege, Violence is Violence” failed to meet it for a number of reasons.

First and foremost, the article unjustifiably disclosed the identity of a student who it harshly criticized, doing harm by compromising her safety and reputation. While the student’s identity was already known to many Vassar students due to the public nature of the controversy, the article’s identification of her name could have invited targeted harassment from those not already aware of the controversy. Had the article not been taken down, its public and permanent nature could have harmed the student’s reputation for years to come – among Vassar students, faculty, potential employers, and any others who might have stumbled across the Vassar Insider or who might have Googled the student’s name. Our new editorial rules will include stricter protections for the anonymity of Vassar students.

Next, the article claimed that one of the student’s Instagram posts constituted criminal intimidation, without backing up said allegation with any professional legal expertise. News sources, including the Vassar Insider, are obligated to rigorously investigate public accusations of criminal behavior before publishing them. This is especially true when there is ambiguity in the nature of said behavior. In this case, the allegedly threatening comment could be interpreted in multiple ways, and the article even mentioned that many Vassar students viewed the comment as an obvious joke (a perspective that I happen to personally share, considering the absurdity and tone of the supposed “threat”). Although one of our editors had, in fact, requested the author to vet the criminal accusation, the article was prematurely published before the accusation could be vetted.

As a result, the article failed to minimize harm by tarring the student’s reputation with such a serious and unfounded allegation. This hasty allegation also perpetuated the harmful and racist stereotype that assumes Black individuals, such as the accused student, to be “criminal” without sufficient evidence. Our revised editorial rules will contain stricter standards around the presumption of innocence and criminal accusations.

Finally, the article made several claims about the contents of the student’s Instagram posts that, in my view, were not supported by the evidence provided by the author. I will not analyze these claims one by one, since I do not wish to rehash the entire controversy, but I would have raised these issues if I had been involved in the editorial process.

While the Vassar Insider’s mission includes a commitment to free expression and diversity of opinion, it should not publish articles that fail to meet key journalistic standards such as minimizing harm within reason. Since “harm minimization” is obviously subjective, this is not something that can be directly codified in our editorial rules (although as mentioned above, we are creating stricter rules around anonymity and criminal accusations). The article “Despite Athlete Privilege, Violence is Violence” unduly perpetuated harm according to my interpretation of journalistic ethics, most egregiously for the account of sexual assault, but also for all of the above reasons that were not addressed in the Editor-in-Chief’s statement.