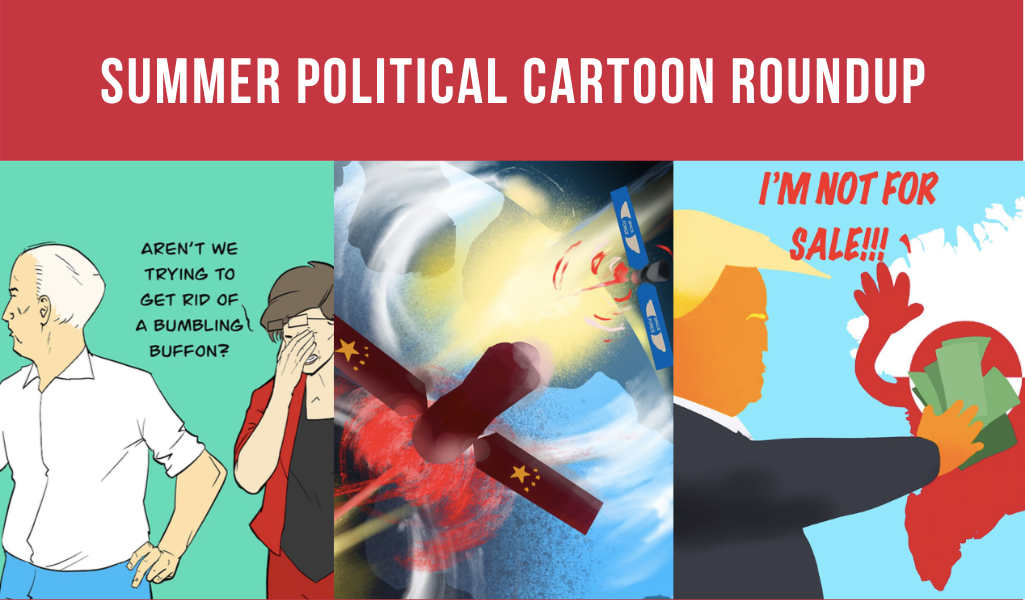 It would be a hefty task to try and satirize all the events of the last 3 and a half years–erm, months–but here are three stories from the late summer I just had to poke fun at.

Elizabeth Warren's steep rise in the polls over the summer–she just took the lead in the Real Clear Politics average–may come as surprising to much of the Democratic establishment. But anyone who has taken a critical look at Joe Biden will have seen that he's just too reminiscent of Trump to be the party's standard-bearer, at least in the opinions of young and liberal Democratic voters. His signs of age and unwoke tendencies make him a bad fit for a modern electorate. His inability to campaign on ideas and compulsion of leaning on the laurels of the Obama administration also position him unfavorably in a massive field of competing ideas.

President Trump's inability to take no for an answer hasn't just been made clear in stories of his alleged sexual misconduct. His political persona has those same brash, shameless and over-the-line tendencies. The President's recent musings about buying Greenland, which, its patron country Denmark has said, is not for sale, is a sterling demonstration of his unwillingness to take into account anybody's feelings but his own. This has, unfortunately, served him quite well in politics, where his refusal to adhere to norms, the truth or even the constitution has been met with little more than a shrug from allies and verbal condemnation with no accompanying action from opponents.

Advocates of a strong national defense will tell you that Trump's 'space force,' an effort to catch up with China in the weaponization of space, is a necessary step in beefing up and modernizing the United States' defense capabilities. However, creating a space force would be little more than the proliferation of weapons of mass destruction. The US already has over 15,000 nuclear weapons–enough to destroy the world 100 times over and then some. We don't need yet another opportunity to swiftly triggered a global apocalypse.‍

‍New York Times - Trump’s Interest in Buying Greenland Seemed Like a Joke. Then It Got Ugly.