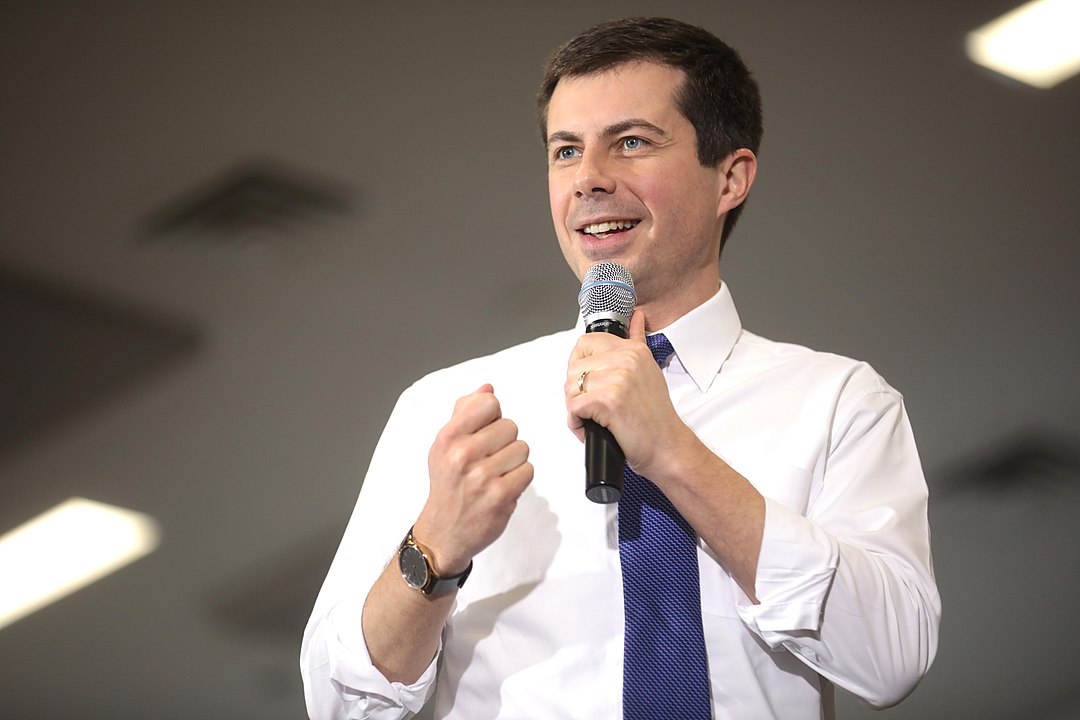 The case for Pete Buttigieg

In a crowded field of Democratic presidential hopefuls, it will be difficult for many of the candidates to stand out and make a unique case for themselves and their vision for America. Pete Buttigieg will not have that problem.

A self-described Maltese-American, left-handed, Episcopalian, gay, war veteran, mayor, millennial, he is unlike any other candidate currently in the fray. At age 37, he would be the youngest president in the history of the United States. Many have questioned his qualifications–his most substantial government experience has been his tenure as mayor of South Bend, Indiana, a city of just over 100,000 residents. But despite his young age and lack of federal government experience he has shown maturity and grace beyond his years and an uncanny ability to appeal to voters from disparate ideological backgrounds.

It is inevitable that many comparisons will be drawn between the current slate of Democratic candidates and Hillary Clinton, the party’s ill-fated nominee in 2016. In the two years since the 2016 election, countless pundits and analysts have been searching for clues from Clinton’s candidacy that could help explain her surprising defeat.

A crucial area in which Clinton failed was her inability to craft an engaging narrative. This was an essential aspect of Barack Obama’s successful 2008 campaign, and it is something that Buttigieg has made a central point of his own campaign. It comes as little surprise, then, that he has already drawn comparisons to the former president—as well as the support of many of his top advisors.

Buttigieg, like Obama, recognizes the importance of a narrative in a successful campaign. Having a simple, popular message that voters can associate with a candidate is crucial to winning an election.

In Obama’s historic 2008 victory, his inspiring slogan “Yes We Can” became a popular rallying cry for those who were fed up with the years of perceived corruption and warmongering that characterized the George W. Bush administration—it told them that change was possible. It was a positive message that, without making any specific policy promises, encapsulated the spirit and mood of his supporters. Now remember Clinton’s slogan from 2016. If you’re struggling to recall it, you’re not the only one.

Buttigieg has taken a page out of Obama’s playbook and crafted a simple narrative for his campaign, based on likable, positive motifs. In his campaign announcement, he stressed three key principles that would guide his campaign: freedom, democracy, and security.

In creating a simple yet powerful platform, Buttigieg is hoping to avoid the intense criticism from President Donald Trump and other Republicans that bogged down Clinton’s campaign. It’s hard to argue with freedom, democracy, and security—just like it’s difficult to criticize “hope and change,” one of the common refrains of Obama’s campaign.

The true genius of Buttigieg’s platform, however, is not its simplicity. It lies in his ability to take words and ideas that were once the exclusive domain of conservatives and reclaim them for liberals.

Republicans have long claimed to be the party of freedom-loving, flag-waving patriots, while casting Democrats as America-hating wusses because they have the audacity to point out that America is not perfect. Buttigieg has made it a central aspect of his campaign to point out the hypocrisy of this claim, and to empower Democrats to push back and prove that they are in fact the party of patriotism.

As Buttigieg often notes, freedom does not just mean less government intervention; rather, the government can and should play an important role in fostering freedom by doing things like facilitating health care, empowering teachers, and working towards racial justice. To go further, Buttigieg maintains that a party rooted in patriotism would endeavor to point out injustices and work to fix them.

If, while reading about Buttigieg’s campaign, you perceived him as a centrist, you wouldn’t be the only one. Due to his calm demeanor and toned-down rhetoric, ‘Mayor Pete’ does not resemble a bleeding-heart leftist like Bernie Sanders. Despite talking like a moderate, however, he’s a committed progressive who supports single-payer health care and the Green New Deal. Moreover, he has taken some truly bold and innovative stances on democracy reform, making abolishing the electoral college and ending gerrymandering some of his top priorities.

Buttigieg is adept at framing his policy positions in ways that do not scare off more moderate voters. Instead of pushing for an immediate switch to single-payer health care like Sanders, he instead argues for “Medicare for all who want it,” in which a public option would be introduced and would become popular because it would be more successful than existing private insurance plans. Such rhetoric displays his ability to frame narratives in ways that can be appealing to large swaths of the population. In a time of increasingly divisive political discourse, Buttigieg’s calm, measured demeanor and discourse are just what the country needs.

Buttigieg has also taken some truly bold and innovative stances on democracy reform, making abolishing the electoral college and ending gerrymandering some of his top priorities. Mayor Pete’s background and experiences have allowed him to understand the mindset of many conservative voters, and he is well equipped to woo them back to the Democratic Party.

A veteran and mayor from the industrial Midwest, he is familiar with the ways in which many in the region were disillusioned by establishment politics, which drove them to vote for Trump. A devout Christian, he is able to make an appeal to their religious sensibilities and contrast them with Trump’s disregard for morality. He recognizes that the way to win them back is through empathy rather than disdain. Often addressing them as “my conservative friends,” he tries to make them understand the ways in which Republicans have made false campaign promises rather than attack them for their past decisions.

A successful residential campaign must unite coalitions of voters with different goals and ideals, and Buttigieg has made unity and inclusion hallmarks of his message.

A common refrain among Buttigieg’s critics is that he lacks the government experience necessary to serve in the highest political office in the country. Many of his primary challengers, such as Joe Biden and Sanders, are senators and have experience at other levels of the federal government as well.

Indeed, considering the mayoralty of the fourth-largest city in Indiana is the highest office he has held, Buttigieg's background appears lacking when compared to those of his opponents. However, one should consider whether the federal government experience inherently makes a candidate more qualified to be president.

The job of mayor is an executive position with powers very similar to that of the president, albeit on a much smaller scale. Buttigieg's work in local politics has given him a much deeper understanding of the needs of his constituents than many of his challengers. In a 2015 speech, President Obama praised the ability of local government officials to emphasize practical solutions over partisanship, saying that “mayors understand that if there’s a conflict between ideology and reality, you should opt for reality.”

Additionally, nobody could question the Buttigieg's formative credentials: a Harvard graduate and Rhodes Scholar, he served as an officer in the U.S. Navy Reserve and took a leave of absence from his job as mayor to complete a tour of duty in Afghanistan. His academic and military experience place him as a perfect foil to the current president, a 72-year-old draft-dodger who, my allege, is “no more than semi-literate.”

The 2016 election exposed a rift in the Democratic Party that has only grown more and more apparent. The left wing of the party, energized in 2016 by Bernie Sanders, has become a force to be reckoned with. It has at times been at odds with the party’s more moderate wing, led by figures such as Hillary Clinton, and, more recently, Joe Biden. Sanders’ 2016 run, though unsuccessful, profoundly shaped the ideology of the party, and many of the current Democratic candidates have co-opted may of his ideas into their own platforms.

However, some Democrats remain opposed to this agenda, worried that a shift to the left would cost the party centrist votes. In Buttigieg, they see a figure who can unite the two wings of the party, just as he has sought to heal the divisions between Democrats and Republican voters. During the primary campaign, both committed moderates like Biden and Beto O’Rourke and staunch progressives like Sanders and Elizabeth Warren have emerged. Buttigieg stands as one of the few candidates who is able to talk like a moderate without sacrificing his progressive ideals.

His ability to gain support from a broad range of audiences was put on its fullest display, however, when he received praise from the unlikeliest of sources: Rush Limbaugh. The firebrand right-wing radio host predicted that he would “make mincemeat” of his challengers at debates. Buttigieg is able to speak the language of progressives and moderates without missing a beat, and, as Trump proved, voters are drawn to a candidate who can speak to them at eye level.

If the Democrats are to wrench a second term away from Donald Trump, they will need a candidate who embodies all of the ideals that Trump rejects. Mayor Pete is that candidate. He succeeds because he is aware of the type of message that the country needs to hear, and he knows how to tell it. His success in the polls–he has gone from statistically irrelevant to consistently polling in the top 5 in just a few months–demonstrates the importance of crafting a narrative that resonates with as many people as possible.

Voters exhausted by the anger and constant attacks on decency that have been a hallmark of the Trump presidency are looking for the message of tolerance and positivity that Buttigieg is delivering. He has recognized the need to firmly undo the narrative that Republicans are the party of American values, and displays none of the disdain, valid or not, that some other progressives have shown for conservative, rural voters. Moreover, he deeply understands these voters, and understands how to frame his progressive policies in ways that appeal to wide swaths of the country. In the age of Trump, perhaps a mayor from South Bend, Indiana is the unlikely hero this country needs to right the ship of democracy and restore decency.