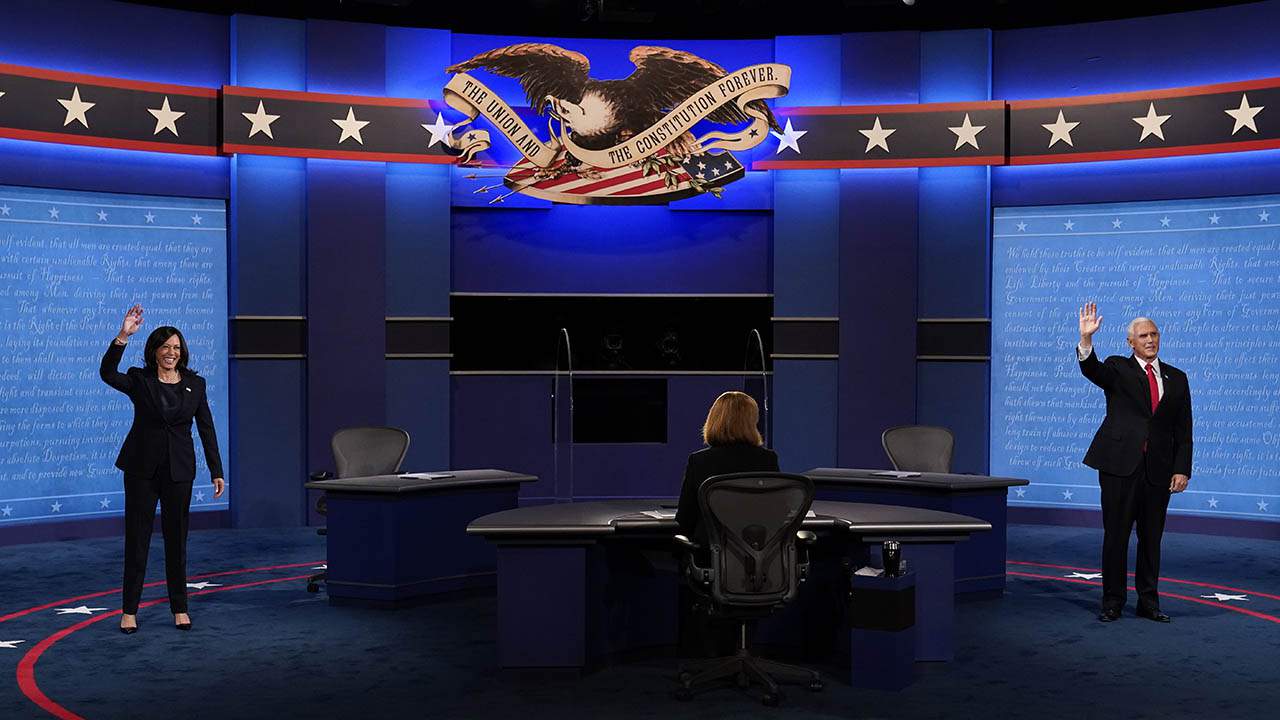 The second debate of the 2020 election cycle was more sedate than the first presidential matchup, but it will have similarly little impact on the race.

For an hour and a half on the night of October 7, Americans caught a rare glimpse of pre-2016 politics from California Senator Kamala Harris and Vice President Mike Pence. Tuning into 2020’s only vice presidential debate, it was hard not to come away with the impression that the parties’ running mates behaved more presidentially, if also more dully, than their presidential candidates, at least when judged against the example set by Donald Trump and Joe Biden on September 29.

Considering Trump’s recent contraction of Covid-19 and the fact that both he and Biden would be the oldest candidates ever to take the oath of office in January, the conduct and competency of the vice presidential nominees has acquired a newfound urgency. Conspicuously, though, neither running mate gave a straight answer on whether they had discussed presidential incapacity protocols with their candidates, despite pressure from the moderator, USA Today’s Susan Page.

Notwithstanding Harris’ and Pence’s more professional bearings, the lack of clear answers quickly became a theme of the debate. Both candidates consistently “fluffed up” their responses with emotional appeals and personal anecdotes. Whether or not these rang true is a matter for the individual voter to decide, but they signal a hesitancy to be completely frank with voters about what a Biden presidency or a second Trump term would actually entail.

Partly because of this slipperiness and partly because of the polarized reality of contemporary American politics, it often seemed like the candidates were talking past one another, lending to the generally unengaging atmosphere of the debate. Under the back-to-normalcy veneer, there was the same lack of agreement on basic facts that showed through the September 29 presidential contest, though actual interruptions were few and far between in comparison.

The candidates clashed sharply on the 2017 Trump tax cuts, as Harris, criticizing the bill for benefiting only the wealthiest Americans, said a Biden administration would repeal it on day one. Pence responded – seemingly from a completely different set of data – that the vast majority of Americans had received tax cuts from the bill and that, in repealing it, a Biden administration would be restoring higher tax rates for middle-income citizens, not just those making over $400,000 annually, as Harris claimed.

Both candidates were only partly right. Pence correctly stated that the cuts did not only benefit the top 1% of earners; 65% of all taxpayers and 82% of middle-income ($49-86,000) earners received a tax cut, this latter group’s cut averaging over $1,000 in 2018. But Harris is right that the Biden plan only calls for tax hikes on those who make over $400,000, and she was otherwise partially correct insofar as the Trump tax cuts did disproportionately benefit the top 1% and the wealthiest corporations.

Perhaps most bafflingly, in a moment of déja vu from the first debate, Harris and Pence bickered for several minutes over the simple fact of whether or not the Biden campaign supports the Green New Deal (GND) – an aggressive plan to combat climate change and a range of other issues, proposed last year by New York Democratic Congresswoman Alexandria Ocasio-Cortez.

This is, to be fair, a gray area in Biden’s platform. His website does refer to the GND as a “crucial framework” for combating climate change. The “Biden Plan,” though, differs in several key areas, so to say he supports it wholesale is incorrect. Pence’s claim that Biden’s proposal would cost $2 trillion is rounded up but not egregiously exaggerated; the real estimate is $1.7 trillion. The vice president also failed to mention that this federal investment would be spread over ten years.

Harris and Pence also locked horns on a number of other issues, from the Trump administration’s handling of the coronavirus pandemic to the Supreme Court. Though there were more moments when the candidates seemed to talk past rather than with one another, the American people were, at the very least, able to get a better sense of the two campaigns’ overarching messages than they could from the chaotic first debate.

Nevertheless, there was no single, standout moment of the evening. Indeed, the amount of coverage of the fly that camped out on the vice president’s head for several minutes would suggest that the monotony of the debate failed to make much of an impact on the minds of voters.

Yet this more sedate contest could also potentially be the last, as Trump’s Covid diagnosis and his unwillingness to participate in virtual debates have already led to the next presidential debate’s cancellation and have thrown into question the third-and-final meeting. It’s highly unlikely that the vice presidential debate will have a major impact on the race going forward, and, considering Biden’s consistent and widening lead in the polls, the ball is still in Trump’s court to reverse the momentum in the waning weeks of the campaign season.