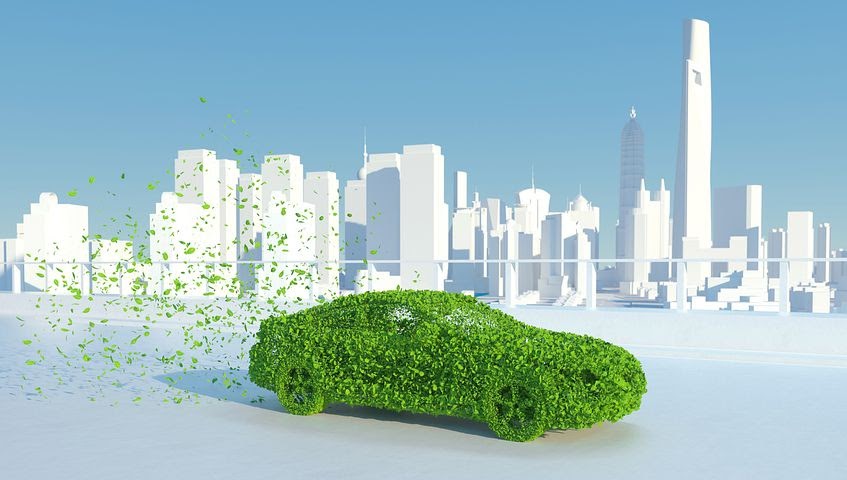 Corporations are increasingly striving to appear environmentally responsible, but citizens should look skeptically on these efforts and seek more substantive and structural change.

In the past several years, large corporations have increasingly sought to cultivate a “green” or environmentally friendly image. Major companies, ranging from Walmart to Apple, have launched sustainability initiatives that claim to address a wide range of environmental goals— including waste reduction, global warming mitigation, water conservation, and recycling. Likewise, many products are now sold with so-called ecolabels, such as “Non-GMO” and “Rainforest Alliance Certified”, that supposedly deem these products as environmentally friendly.

Quite reasonably, many of these efforts are met with skepticism. It’s inevitable that some companies will make misleading or false claims about their environmental impact, an activity known as “greenwashing.”

“Greenwashing is unethical, irresponsible business behavior,” says Dr. Wanda Lopuch,  chairwoman of the nonprofit Global Sourcing Council, whose mission is to promote socially responsible business practices. “Technically, no laws may be broken, no lies are put on the record, yet distorted images or products or initiatives are being successfully promoted.”

As Dr. Lopuch says, many instances of greenwashing do not technically break any laws because they do not involve explicitly false statements, but rather cunning misleading ones. This makes it less likely that companies will face legal consequences for greenwashing, although it does still happen occasionally. In the United States, deceptive marketing practices are generally subject to the jurisdiction of the Federal Trade Commission (FTC).

However, the FTC is usually ineffective at curtailing greenwashing. This is partly because it cannot enforce anti-greenwashing rules without bringing a legal case against a company. Companies may be unafraid to greenwash because the FTC rarely penalizes greenwashing. The agency has filed only two to five environmental marketing cases per year since 2015.

While stronger and better-enforced anti-greenwashing regulations are certainly necessary, a bit of critical thinking and healthy skepticism towards claims about sustainability can go a long way. Regardless, it certainly helps if you know what to look for.

One warning sign is when a company highlights a sustainable activity that they practice, without specifying the extent or measurable scope of that activity in the context of their entire operation. In particular, sustainability messaging that only relates to one individual product or service—instead of a company’s overall environmental impact—are especially suspect. This is important because companies often tout “green” actions that are unrepresentative of their general business model.

One example of this type of greenwashing is the “Possibilities Everywhere” ad campaign launched by BP, an energy company. The ad campaign emphasized BP’s involvement with renewable energy, including headlines like “We see possibilities in the power of wind” and commercials that highlighted its investment in the solar energy company Lightsource.

However, over 96% of BP’s annual spending is on oil and gas, so these ads omit the fact that BP’s modest investments in renewables make up a very small portion of its operations and are not representative of its overall environmental impact.

One other common form of greenwashing is when companies label products or activities with vague terms that may evoke sustainability but lack a defined meaning. General terms like “eco-friendly,” “non-toxic”, “natural,” and “sustainable” are unregulated and essentially tell you nothing about a product’s environmental impact. If a company uses this kind of nebulous language without providing a clear rationale for why it applies to its products or operations, this is a sign of greenwashing.

Some of this may seem obvious if you’re someone who is naturally distrustful of advertising, but even seemingly credible commitments to carbon neutrality can be greenwashed.

Perhaps the most effective way for a company to lower its environmental impact is to work toward becoming carbon neutral (as long as they are using genuinely high-quality carbon offsets). However, companies can greenwash this kind of commitment by measuring carbon emissions disingenuously.

Companies can also greenwash their carbon footprint by neglecting to address the carbon emissions from their supply chain, while publicly emphasizing their efforts to reduce direct emissions. This is misleading because the idea of “carbon neutrality” evokes a neutral impact on the climate, while companies with high supply chain emissions are not genuinely committed to this goal unless they are actively working to reduce the carbon footprint of their supply chain.

For instance, a petroleum company who sells a lot of gasoline will naturally have very high Scope 3 emissions, since gasoline produces emissions after it is sold and burned in an engine. However, the company might claim they are working to become “carbon neutral” while only trying to neutralize their Scope 1 and 2 emissions. So when a company claims to be working towards carbon neutrality, it is worth considering the extent to which they are addressing the different components of their carbon footprint.

According to Dr. Lopuch, it is important not to let greenwashing go unnoticed. “It is our responsibility as educated consumers and members of society to call out unethical, greenwashing behavior, to publicly expose half truths and misrepresentations, to challenge straight lies, to call for full transparency in disclosures,” she says.

Greenwashing allows companies to shirk responsibility for environmental destruction, obstructing the case for the transformative economic change that climate scientists say is necessary to avoid the worst effects of the climate crisis. Greenwashing also makes it harder for consumers and investors to minimize their own environmental impact. After all, corporations only choose to pollute so that they can create goods and services that consumers will want to buy and investors will want to fund. With every informed individual, activist group, or regulator who critically examines companies’ environmental claims, corporate greenwashing loses a little bit of power.

Vox – More companies want to be “carbon neutral.” What does that mean?