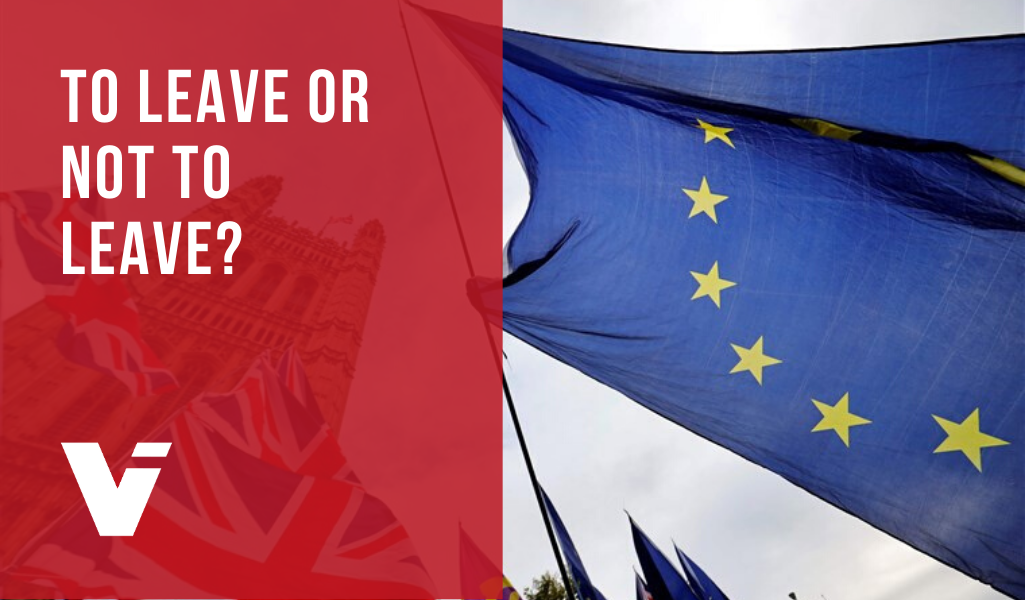 The Insider's Guide to Brexit

Since the summer of 2016, the United Kingdom has been embroiled in a political controversy with the potential to have large political and economic ramifications. This, of course, is Brexit, the potential British exit from the European Union.

While Brexit does have the potential to become one of the most important political and economic events to affect Europe since the Second World War, it is understandable for those outside of the UK to not pay it much head or to become lost in the constant barrage of new developments.

This isn’t helped by the fact that the legal process behind Brexit relates to one of the most complex political entities in the world, and there is no agreement within either the United Kingdom or the European Union regarding what the end result should even be.

The two major viewpoints regarding Brexit in the UK are often referred to as “Leave”, meaning those who are pro-Brexit, and “Remain”, those who are anti-Brexit.

Of course, in practice, there is much more nuance to both to the process and to people’s viewpoints than this simple binary divide. It does, however, help frame the debate politically as the differing camps tending to vote opposite of each other in parliament.

To add an additional layer of complexity, the date on which Brexit is set to take place has been postponed multiple times. With an additional extension being recently approved by the European Union, the current date of Brexit is January 31st, 2020.

The biggest roadblock to Brexit actually taking place is the withdrawal agreement between the UK and the EU. This agreement is a treaty between the two parties that legally defines and outlines the post-Brexit economic relationship between the two.

The European Union is a very complex political entity, and being a member has large consequences on a country’s legal and economic system. For example, being a member requires countries to follow bloc-wide laws regarding trade and regulation.

An additional effect of EU membership is that all trade deals with outside nations are negotiated with the bloc as a whole, theoretically giving increased bargaining power for members and securing better terms for any deal.

In return for this, all countries within the EU are able to trade with each other in an environment almost completely free of tariffs or trade barriers; a potent economic boon for many of these member states.

The total effect of this combination of trade benefits, required regulations, and shared trade deals is referred to as the single market, as it makes all of its member-states fit into a seamless economic area.

Any country that leaves the European Union by default returns to having no trade arrangement with the EU nor membership in the Single Market. In addition, the exiting country leaves all of the foreign trade-deals it was party to as an EU member.

The net effect of this is that, unless a deal is made with the EU or with foreign nations, the UK will leave having no trade deals with any other country on earth. This default option is referred to as a “no deal” Brexit.

Should this occur and the UK leaves the EU with no withdrawal agreement, it would force the UK to fall back to the baseline World Trade Organization guidelines governing trading with foreign nations. These guidelines allow for nations to set any tariffs and trade restrictions on its trade partners that it sees fit.

As such, trade relationships under these guidelines are often less favorable than those under the agreements currently enjoyed by the UK and carry the risk of affecting its economic growth.

The most controversial aspect of any potential withdrawal agreement is related to whether the United Kingdom will continue to act as part of the single market after Brexit, and, if so, to what extent it participates.

Potential arrangements with the EU are often referred to by shorthand; a “soft” Brexit is one where the UK continues to follow many EU regulations, but also benefit from continued access to most aspects of the single market.

Conversely, a “hard” Brexit is one where the UK does not continue to follow these regulations and instead trades with the EU from outside of the single market by using a new, bespoke trade deal agreed upon before the Brexit date.

If no deal is agreed upon before the date, this will of course trigger a no-deal Brexit, effectively the most extreme of any possible hard Brexits.  Most of the fear on the remain side is related to the potential economic fallout from leaving the single market.

As such, they tend to favor either a soft Brexit, or, for the Liberal-Democrats, the complete cancellation of the Brexit process through parliamentary action should the party take power in any future election. Any election that sweeps the currently small Liberal-Democrats to an absolute parliamentary majority would be a major upset, so the complete cancellation of Brexit seems quite unlikely at this time.

On the other side, one of the main motivations for Brexit in the first place was to leave the United Kingdom with the ability to make its own trade arrangements and to legislate its own economic regulations.

As such, many on the Leave side support a hard Brexit, with the more extreme of that side hoping for a no-deal Brexit. It is the difficulty of creating a working compromise between the two sides, or for either of the sides to compromise between their extremes that has prevented any withdrawal agreement from being negotiated.

The fact that many on both sides of the debate view no deal as the worst option is what makes the process so contentious, as it is also the default option.

The current prime minister of the UK, Boris Johnson, is a member of the Conservative Party, who tend to favor the Leave side but are still heavily divided in terms of how strong they want the separation from the EU to be, and a sizable portion of the party supports the Remain side instead.

In fact, twenty-one Conservative MPs were completely expelled from the party in response to voting for legislation attempting to block the possibility of a no-deal Brexit.

The party does not have a parliamentary majority, meaning that they are only governing in agreement with the small Democratic Unionist Party, or DUP, from Northern Ireland. *The DUP tends to be even more strongly pro-leave, many of them ideally wishing for a no-deal outcome, something only a fraction of the Conservative members of parliament would support.

Because the Conservatives require DUP votes to stay in power or to have a majority of votes in parliament, they have been unable to come up with a compromise that is amicable to both parties and thus able to pass the legislature.

The DUP’s main party position is their support for the keeping of Northern Ireland in union with the United Kingdom, hence the “Unionist” in the party name. Because of this, the DUP resists any policy that has the effect of treating Northern Ireland differently from the rest of the UK, for fear that it could facilitate its reunification with Northern Ireland.

They are specifically cautious over any Brexit deal that affects Northern Ireland differently from the rest of the country. While the Conservative Party is officially the “Conservative and Unionist Party” and holds the preservation of union with Northern Ireland as important, they have attempted to pass Brexit deals that that DUP has refused to support owing to these same concerns.

On the opposition side, there is even more diversity of opinions. Most are members of the Labour Party, with smaller portions being members of the Liberal Democrats, Scottish National Party, Green Party, or Independents. The opposition tends to lean Remain, but there is of course large variation regarding specifics both between and within parties.

The main disagreement within the opposition bloc is whether there should be a soft Brexit or instead to provide a second referendum to allow for the British people to vote on whether to cancel the Brexit process entirely.

The outcome of all of this disagreement is that in many votes regarding Brexit, government or opposition MPs switch sides regarding their votes based on their personal views.

The Labour party’s current position is to put a second referendum to the British people, giving them the option to vote to either cancel Brexit, or to support a soft Brexit type withdrawal agreement. Without a parliamentary majority however, the party is not currently in a position to put this plan into practice.

Because of the lack of a single-party majority, the current view of many British politicians on both sides of the debate is that another general election must be held so that one party can gain a majority of votes in parliament, and thereby pass a withdrawal agreement or hold a referendum in order to break this deadlock.

The unusual circumstances surrounding this potential election almost ensure that its results would be very unpredictable, and many voters could abandon their traditional party affiliations to instead vote primarily based on their Brexit preferences.

A new election has yet to be called however, as the Conservatives do not have the votes to call it without the additional votes of the currently uncooperative DUP, and the opposition has stated it will not support a new election until a law is passed prohibiting the UK from leaving the EU without a deal.

An additional idea that has been suggested by Labour and Liberal Democrat leaders is for the opposition and some government MPs to unite and create a so called “care-taker” government, with the Scottish National Party expressing its support for this idea, which will only be in power only long enough to negotiate an acceptable Brexit deal, with a new election being called immediately after. This would require a large number of Conservative MPs to vote against their party lines, and deciding who would then helm this care-taker government would also be incredibly controversial.

Jeremy Corbyn as leader of the Labour Party, itself the largest opposition party, seems at first to be the obvious choice for this leader. But the Liberal Democrats have already ruled him out as a leader they would support for this care-taker government.

CNBC – These 4 Charts show how Brexit could play out

Bloomberg – Here’s What British Companies Have Been Saying About Brexit