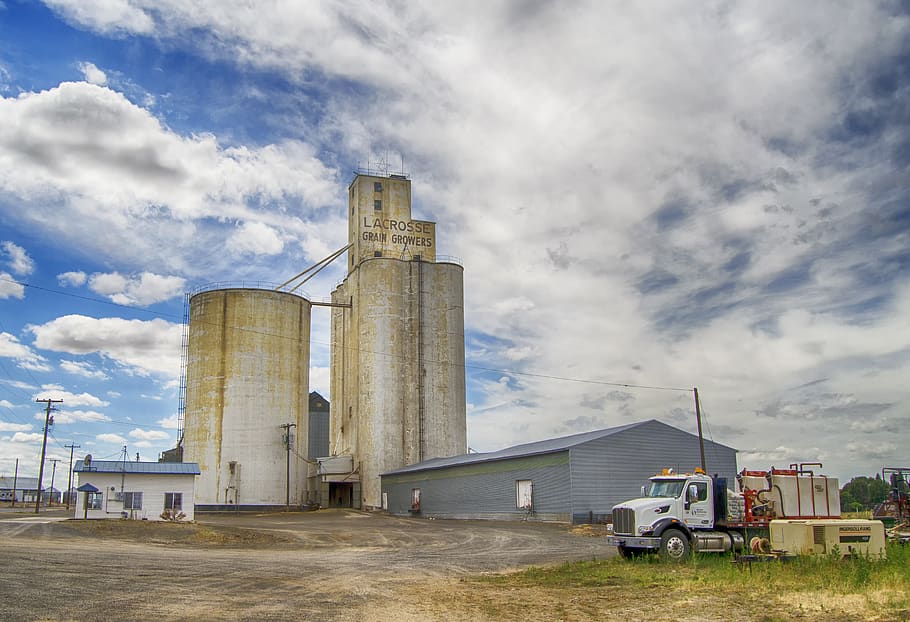 This past month, a desolate image of Kevin Karel’s North Dakota soybean farm has swept the internet. The photo, a telling castigation of President Trump’s recent trade policies, depicts the tallest hills near Karel’s farm in the flatlands of the state. Except the hill is actually a mound of over one million bushels of soybeans that have gone unsold after Beijing slapped the U.S. with more than$60 billion of retaliatory tariffs in response to the Trump administration’s even heavier tariffs on Chinese goods.

The picture of Karel’s soybean-Everest is only the tip of the iceberg of a serious trade problem in North Dakota, where there is currently an estimated 236 million bushels of unsold soybean harvest. North Dakota’s soybean industry is one of the state’s largest money-makers, and being that one of their biggest markets is China, the state has found itself caught in the crossfire of the trade war with China.

Understandably, the Trump administration’s Chinese trade policy became a hot button issue in this year’s midterm elections in North Dakota where incumbent Democrat Heidi Heitkamp was pitted against Republican Kevin Cramer. Throughout the race, Heitkamp slammed Cramer for his steadfast support for the administration’s economic policy that has ravaged the state’s agricultural industry, as Cramer accused Heitkamp, one of the Senate’s most centrist Democrats, as being a liberal extremist out of touch with the state- which voted for Donald Trump by a 36-point margin in 2016.

When election day rolled around, Heitkamp, who won her seat by a narrow 3,000 vote margin in 2012, lost by a landslide to Cramer, who pulled 11 points ahead in the final tallies. While  Heitkamp distanced herself from North Dakota’s heavy conservatism leading up to the election- notably in her “no” vote on Brett Kavanaugh’s confirmation- and while her campaign made some sloppy missteps by general consensus- including botching an ad that released the names of several sexual assault victims without their consent-Heitkamp’s swift defeat was nonetheless indicative of a larger national trend that emerged during this month’s elections. While already-liberal-trending and moderate regions of the country–densely populated urban and suburban regions–voted bluer than before, solidly red areas–rural Trump country–got even redder. Although we saw a blue wave wash across the nation, that wave was by no means homogenous, and in fact, unearthed a much larger issue of increasing polarization.

The same trend played out in other largely rural, midwestern states like Missouri, where Republican Josh Hawley handily beat Democratic Senator Claire McCaskill–, and Indiana, where Democratic Senator Joe Donnelly lost by over 9 points to his Republican opponent Mike Braun. Even as other states like Arizona and Nevada proved to be more hospitable to Democratic candidates in 2018, farming-reliant states showed themselves to be as loyal as ever to the President’s party.

In Illinois, where multiple House seats flipped blue this year, the majority of Democratic gains were concentrated in and around the cities- especially Rockford, Naperville, and Springfield, while the most rural counties showed little electoral resistance to Trump’s Republican Party. It’s a puzzling picture, that in rural Illinois, and many similar states, where the average farmer who used to net around $35,000 a year is now “substantially” in the negative, the Democrats can’t seem to generate much momentum.

In fact, in response to Trump’s trade war, the president of the American Soybean Association himself expressed the view that, “No matter what you hear, or whether you like certain things, he’s still the President of the United States, so yes, we do support him.” In Missouri, a CBS poll found that 30 percent of residents say they have been negatively impacted by Trump’s trade policy, but 55 percent said they hadn’t seen or heard about the effects of this policy. General consensus amongst the majority of farmers still standing by the president seems to be that he is doing the right thing by trying to negotiate better trade deals.

This itself says less about the current administration’s performance than about Obama’s. There is little question about the fact that, during Obama’s eight years in the White House, he appeared to make the issues of the urban poor a much larger focus of his public platform than the issues of the rural, agricultural population. Even if American farmers haven’t reaped benefits of Trump’s trade policy, after eight years of feeling intense alienation, just the perception of attention from the administration seems to have been enough to win and keep their support. Such strong support for Trump in rural areas amidst the lukewarm response to his administration’s trade policy elsewhere could suggest that rural loyalism to Trump’s Republican Party may be tied less to a satisfaction with the party itself than to a strong aversion to the Democratic Party.

This is backed up by a poll taken earlier this year,which found that more Republicans had a favorable view of Kim Jong Un than Nancy Pelosi, the Democratic House Minority Leader. This poll was taken after another that found that Republicans were almost four times as likely to view Vladimir Putin favorably than outgoing president Barack Obama. While Republicans may be having trouble providing strong evidence of economic success for American farmers, the personality problem faced by the Democrats is clearly far more potent.

So what can Democrats do in the 2020 election to bridge this evidently deepening divide in a rural America that seems to lend almost absolute forgiveness to President Trump? The answer may lie in prominent midwestern political figures such as Senators Sherrod Brown (D-OH) and Amy Klobuchar (D-MN), whose unassuming political styles are centered more on their commitment to their rural constituency than to a strict alignment to the widely-publicized progressive wing of the Democratic Party. After all, this growing progressivism by the party pushes what many rural voters see as a “radical” social agenda- out of touch with some centrist to conservative values.

Brown, in particular, has an exceptionally progressive voting record on social issues- he himself says, “I don't compromise on civil rights, I don't compromise on LGBTQ rights.” But departing from most other Democrats garnering national attention, Brown’s public platform prioritizes his uncompromising stances on workers’ rights, and focuses on ensuring fair trade (notably in his opposition to NAFTA) and investing in infrastructure. This, and Brown’s shaggy, ungroomed demeanor, allow him to connect with rural Ohioans unlike most other Democrats, whose primary emphasis on social activism have alienated this sort of constituency.

To break into the reddest parts of the country such as North Dakota, where Kevin Karel’s soybean mountain just keeps growing, a Democrat doesn’t necessarily have to abandon the values of social progressivism, as many discouraged spectators have come to conclude. The issue seems not to be in the need for an ideological shift, but instead, a shift of focus from social politics to economic politics.

Of course, this personality problem is not one that will be solved in just one race or a singular election cycle; after all, this year, we still saw Democratic newcomers such as Kentucky congressional candidate Amy McGrath successfully brand themselves as ideological independents who emphasized strong commitments to rural issues lose their races, even in the face of the widely-publicized “blue wave.” But given time, political investment, and a drive amongst centrist Democrats, the Sherrod Browns and Amy McGraths of the country may be the vehicle that shifts rural America back towards the Democratic Party.

Trade war to lead to substantial slowdown in U.S. economy by 2019, economists say