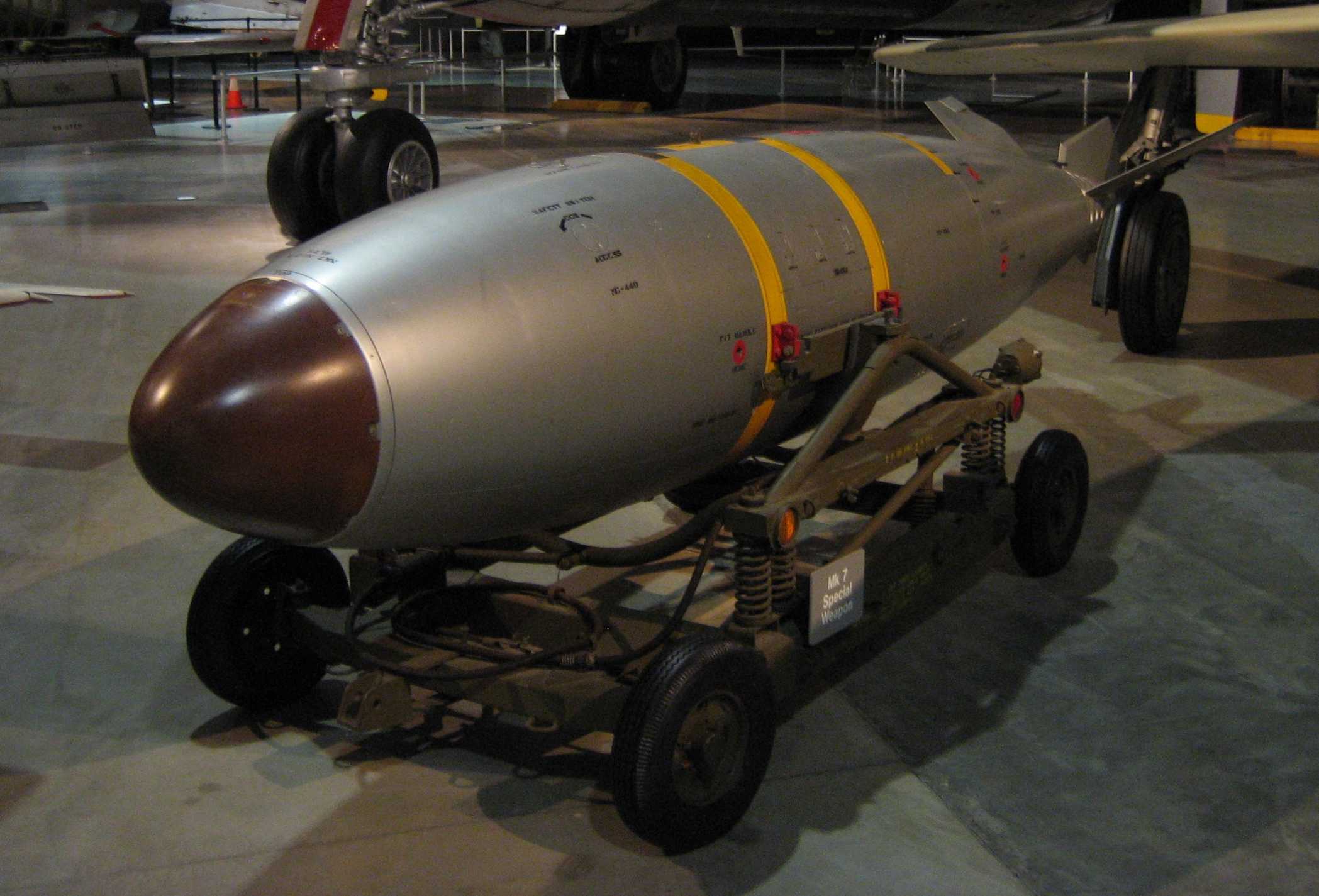 The dissolution of the Soviet Union marked a tectonic shift in international relations. For the United States, it meant the end of the Cold War and the precipitous decline of their long-time geo-political and ideological rival. It also meant the risk of a full-blown nuclear confrontation between the two superpowers was drastically reduced. To many, these were welcome changes. But the drastic shift in geopolitics brought with it an entirely new set of challenges for foreign policy leaders. On the one hand, Kazakhstan, Belarus, and Ukraine—the three former-Soviet countries in possession of nuclear arms—were in shambles and desperate need of foreign aid. On the other hand, the United States, who had the capacity to provide this aid, saw an opportunity to spread free-market democracy and curtail the risks of nuclear proliferation. Ultimately, the struggle for limited foreign aid meant the former-Soviet states yielded to the demands of the U.S.

In the decades before its demise, the Soviet Union amassed an enormous nuclear arsenal: nearly 40,000 nuclear warheads at its peak. Those weapons, once controlled by a single unified state, were now in the hands of four sovereign nations. The lack of unified control meant a heightened risk of proliferation. To best minimize this risk, U.S. foreign policy leaders took a two-pronged approach. First, existing nuclear weapons had to be consolidated and dismantled. Second, measures had to be taken so scientists with the knowledge to build new nuclear weapons did not fall under the sway of unprincipled foreign actors.

U.S. foreign policy leaders were tasked with persuading the three former Soviet states to relinquish their nuclear weapons. The negotiations were shaped by two competing considerations. On the one hand, the nuclear arms represented a valuable bargaining chip for the three nascent nuclear powers in the fight for limited resources and support from Moscow and the United States. On the other hand, the collapse of the Soviet Union brought with it a severe shortage of medical supplies and food. This pressing need for aid meant that the U.S. had the upper hand in the ensuing negotiations.

Unlike Ukraine and Kazakhstan, Belarus was quick to denuclearize. The reason was simple. As one Western ambassador to Minsk put it, they denuclearized without question “because the Russians told them to.” Belarusian President Shushkevich did not want to test their fragile political position by defying Russia. Ukraine and Kazakhstan, however, did not follow Belarus’s example of speedy and unquestioning cooperation.

Both Ukraine and Kazakhstan felt their heftier political stature had earned them a seat at the bargaining table with Moscow and the United States. Worried he would be left out of the negotiations, Kazakh President Nazarbayev attempted to delay the disarmament process by feigning insurmountable logistical problems. In one address he declared that the nuclear warheads could not be removed from Kazakhstan because “moving them to another place is just impossible.” But in the end, Kazakhstan yielded. Like in Belarus, the Kazakh leadership realized the fragility of its position, and worried that demanding control over their nuclear arsenal would alienate important actors in the international community—like the U.S.—who could offer critical foreign assistance and investment.

Of the three new nuclear powers, Ukraine represented the greatest potential international security risk, with command over what was then the third-largest nuclear arsenal in the world. Ukraine sensed that international and U.S. interest was confined primarily to their nuclear arsenal, and they worried that if they returned the weapons they would lose political leverage in the fight for foreign aid. To this end, the new Ukrainian leadership attempted to delay the removal of their nuclear arsenal. Once again, however, the United States leveraged its superior negotiating position, rendering their ploy unsuccessful. In early April of 1992, Secretary of State James Baker reminded Ukraine that U.S. aid could be reduced and the planned Bush-Kravchuk meeting cancelled if Ukraine continued to prolong the consolidation and disarmament process. Ukraine’s need for foreign aid and their desire to gain legitimacy as a sovereign state proved too great, and in the end, they relinquished their nuclear arms to Moscow.

Once all three countries had agreed to give up their nuclear arsenals, the work of disarmament could begin. To guide the process, Congress passed a bill designed to facilitate a “cooperative threat reduction” of nuclear arms, commonly referred to as the Nunn-Lugar Act after its two sponsors in the U.S. Senate. The bill laid the groundwork for an agreement between the U.S. and Russia to reduce their country's strategic nuclear arsenals and subsequently led to the deactivation of 7,601 strategic nuclear warheads in the former Soviet Union.

This was a remarkable achievement for U.S. foreign policy leaders. However, the risk of proliferation remained. American security officials worried that Soviet scientists, looking to recoup their crumbling economic prospects abroad, might be tempted to share their nuclear expertise with bellicose and unstable nations who would misuse it. Once again, James Baker intervened. He partnered with the Foreign Minister of Germany to establish the International Science and Technology Center in Russia. This, Secretary Baker hoped, would redirect Soviet scientists and engineers to more peaceful purposes. A number of other centers were established with similar intent, including the U.S. Civilian Research & Development Foundation for the Independent States of the former Soviet Union and the NATO Science Program. Without the timely implementation of programs within the former republics, attendant proliferation risks would have been significantly higher.

The disintegration of the Soviet Union spurred another dilemma: what would replace the communist political and economic systems in the newly independent states? The U.S. offered an answer: free-market democratic governance. To this end, U.S. foreign policy experts designed a set of policies to incentivize a smooth transition to a Western liberal democratic political system. The crux of the plan was simple: the U.S. would provide aid and assistance programs in exchange for commitments from Russia and the newly independent states that they would adopt the necessary economic and political reforms.

After securing these commitments, policymakers turned their attention to the next hurdle: determining the appropriate level of aid to give to the newly independent states. This question became the topic of extensive debate within the U.S. Congress. Many felt hesitant providing aid to a long-time rival. But as relations continued to warm, Congressional leaders agreed to pass the FREEDOM Support Act, a legislative proposal that set guidelines for a technical assistance program. In its final form, the bill authorized $505.8 million in expenditures—$410 million in humanitarian and technical assistance; $70.8 million for educational exchange programs; and $25 million for State Department expenses in the region.

The aid wasn’t merely a gesture of good faith; it was designed to accomplish two objectives. Its primary aim was to promote a system of democratic governance. Its second aim was to help establish competitive market economies and provide investment and trade opportunities for America. The conditionality of the aid was highlighted by U.S. foreign policy leaders. On September 10, 1991, while on a trip to the Soviet Union, Secretary of State Baker emphasized that former Soviet nations had to have made a commitment to a path toward free market economic reforms and democratic governance in order to receive U.S. aid.

But the aid was not entirely effective in meeting its objectives. The underlying assumption of the aid program was that support for a free-market economy would ensure the development of a liberal democratic society. In retrospect, it is clear that this approach was flawed. Although the focus on establishing free-market institutions and practices did, in many cases, improve productivity and living conditions for citizens of the newly independent states, the aid failed to sufficiently nurture labor unions and democratic political parties and civic associations - fundamental building blocks of a thriving democracy. The failure to support these efforts deprived pro-democratic and reform unions of potentially valuable institutional and grassroots support.

Institutions during this period may be partially responsible for the geopolitical instability and oligarchical tendencies observed in the former-Soviet states today. Second, the precedent of Soviet-era Cooperative Threat Reduction offers critical insight into successful nuclear disarmament procedures. It is more vital than ever that U.S. foreign policy leaders consider these precedents to meet the nonproliferation challenges of today. Though the nuclear capacities of Russia and the former-Soviet states have declined significantly, the nuclear capacities of other nations, like North Korea and Pakistan, continue to grow.

The Atlantic - The Cold War is Long Gone, but the Nuclear Threat Is Still Here

Eric Heydorn Gorski ’18 is an international studies major from New Haven, Connecticut. He spent a semester in Washington D.C. interning for the Council on Foreign Relations. He enjoys speaking French and playing ping-pong, and he plans to travel and work in public policy after graduation.