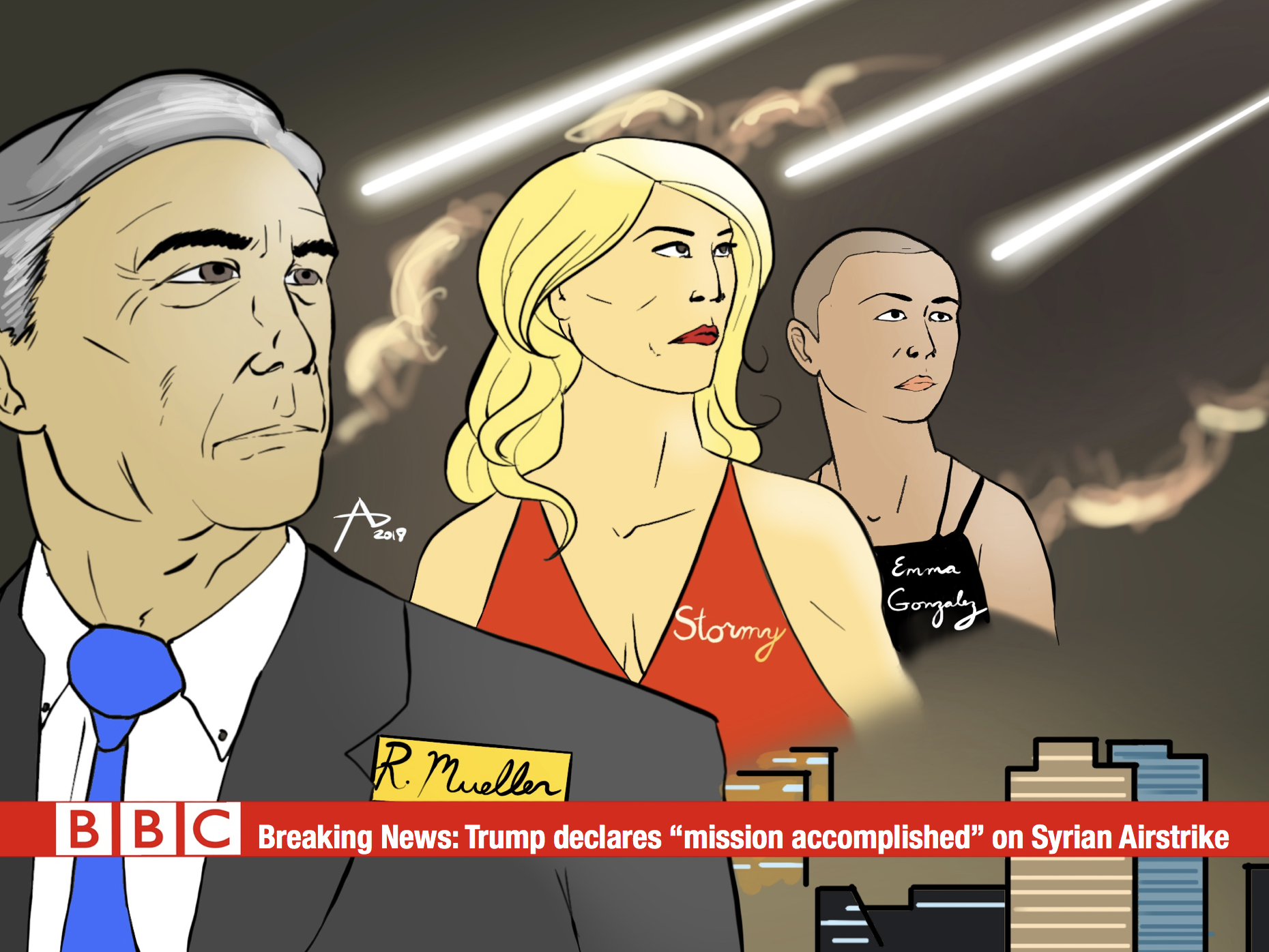 As scandals closed in on President Trump earlier this month–and several others grabbing headlines at his expense and the expense of his political allies–he launched a missile strike on Syrian facilities after it was reported that Syrian President Bashar al Assad allegedly used chemical weapons on Syrian rebels. This strike was coordinated with our European allies but without Congressional authorization. The next day, the media was back in the palm of Trump's hand. Coincidence?

The Guardian - The Syria paradox: America drops bombs but 'turns its back' on refugees