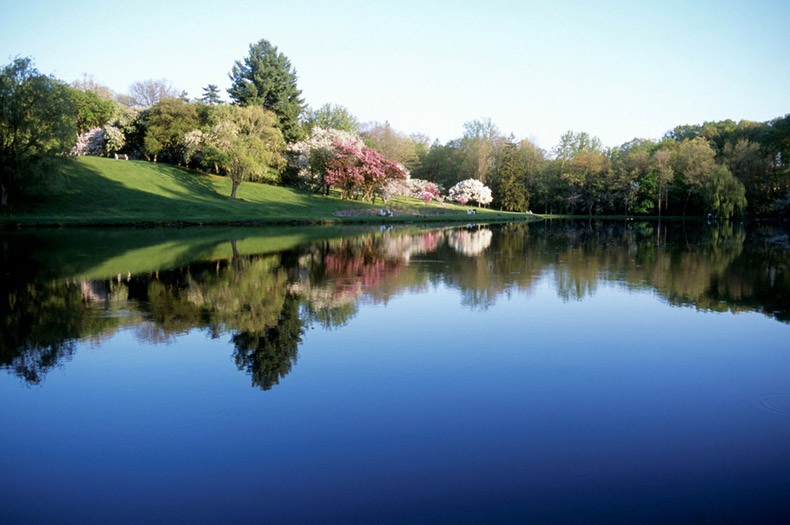 Vassar Facilities Operations has no plans to "drain Sunset Lake"

By
Andrew Solender
on
May 2, 2018
Category:
Archive

We at the VPR feel it necessary to pull the plug on the purported "draining of Sunset Lake."

In the last couple of days, Vassar students have played victim to what the VPR can now confirm to be a false rumor. The campus was taken by storm recently by a flash movement to "stop the draining of Sunset Lake." Flyers posted around the dorms and other buildings call for a "sit-in Wednesday [May 2, 2018] 5:30 pm in the retreat," instructing protesters to "wear green."

The flyer claims: "The Vassar administration is planning to drain sunset lake over the summer due to high levels of E.coli. This will unnecessarily damage to [sic] biodiversity on campus and will take away a landmark that has been a staple of the Vassar experience for generations. Please join us to show the administration that we will NOT take this sitting down." It instructs students to "direct all questions to vassarecoassociation@gmail.com." As far as we could discern, the Vassar Eco Association is neither a VSA sanctioned nor independent org at Vassar.  The only existing environmental advocacy org is the Vassar Greens (Update: and Vassar Seed as well). When we reached out to the email on the flyer, we received no response.

The dubiousness of this claim—implying that the lake would be permanently drained—did not stop Vassar students from taking to social media to debate the issue. While some on Facebook echoed the environmental concerns stated in the flyer, others (including several VPR editors) expressed doubt about these claims, particularly concerning the lack of evidence presented by the flyer.

That Sunset Lake would be drained is not a far-fetched claim in itself. According to the Vassar Encyclopedia Entry on Sunset Lake, "After the lake was no longer drained to aid power generation, the water quality of the small artificial lake went into decline. Several other factors were also turning the once beautiful campus retreat into not much more than a polluted mud hole." Naturally, such a state for an artificial body of water would necessitate periodic draining. There is even a video dating back to 2012 of the lake being drained.

When reached for comment about this sudden outrage, College President Elizabeth Bradley stated, "it is not founded." Dean Jaeger, the Grounds Manager for Vassar's Facilities Operations denied knowledge of any plans for the lake to be drained. "As far as I know it's just a college prank," he said, "The lake is not getting drained." Whether this is truly a prank or merely a case of misinformation running amok is unclear. What we can say for certain is that there are no plans to drain Sunset Lake at this time.