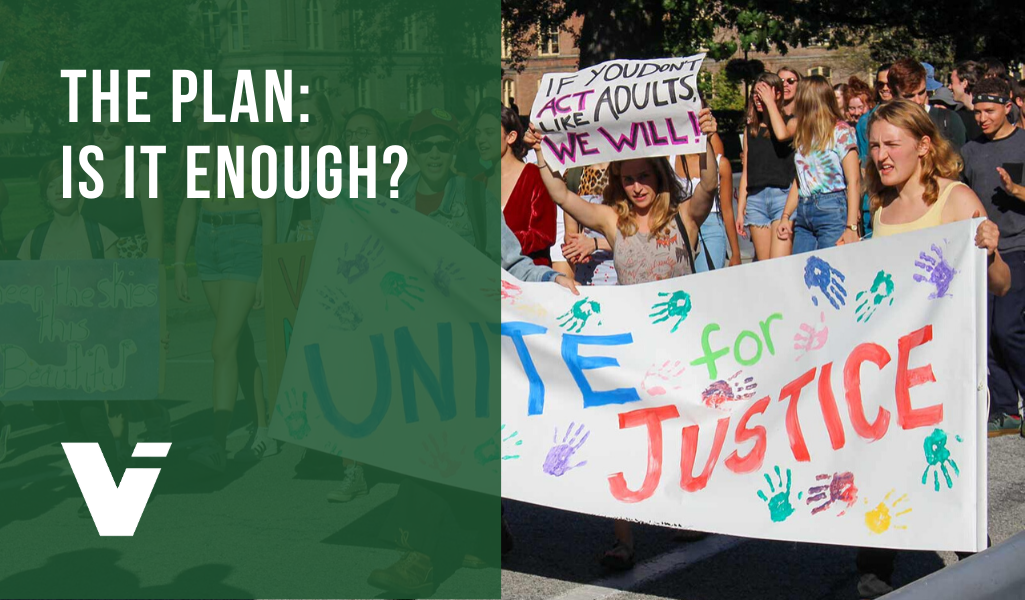 On October 19th, Vassar’s Board of Trustees approved a “decisive” $13 million plan to make the college carbon neutral by 2030. The plan includes upgrades to the college’s heating system and the installation of LED devices to conserve energy. It features efforts to further educate students about energy-saving practices.

The plan is cost-effective as well. In addition to the estimated $900,000 in annual savings from energy conservation and asset renewal, Vassar will receive financial incentives from vendors and the government that could reduce total costs by $2.6 million.

“Our intended approach to the next three years of projects will equip Vassar to take on further energy efficiency and decarbonization efforts,” said Vassar Sustainability Director Micah Kenfield in the announcement. “We have a strong foundation to build toward larger goals such as electrification of campus infrastructure and discontinuing our use of combustion-based heating altogether.”

President Bradley lauded the contributions of a broad range of groups in creating the plan: “students, along with faculty, administrators, staff and alumnae/i helped shape the board’s understanding of these issues, and the potential for Vassar to accomplish its goals.”

“The student voices in the Climate Action and Sustainability Committee (CASC) make a big difference, and I count on student input,” Bradley added. She noted that the shared governance at Vassar sets it apart from other schools and expressed hope for continued collaboration.

Bradley also said that Vassar will serve as an example to other colleges, pointing out that “our staff routinely present on and communicate to our peer institutions how Vassar is deciding to meet our aspiration of carbon neutrality by 2030.”

VSA President Carlos Espina was similarly praiseworthy of the cooperation between the students and the administration. “I think student activism played an important role and the climate march falls under that,” he said. “I also credit the administration because they were open to listening to students’ concerns and made this a priority.”

The Facebook post announcing the plan elicited a mixture of positive and somewhat critical reactions from alumni, in addition to over 600 likes and 94 shares.

Ashley Rappa ‘03 commented “So proud of my alma mater!” She told the VPR, “the school [sent] a strong message to the community and country by prioritizing these renovations and upgrades.”

“While there are still key steps that need to be taken, the 2030 carbon neutrality plan is a bold move in the name of a healthier planet,” Rappa said.

But for other alumni, such as Phil Mandelbaum ‘03, their concerns outweigh their praise. “I’m thrilled that my alma mater has committed to carbon neutrality,” he said, “but that’s more than 10 years away, and a lot of harm can be done in just a decade.”

Mandelbaum noted that the 2030 plan enhances the value of the school’s property, which demonstrates that it’s not a selfless act. He also believes that the plan is too incremental and only addresses the most conservative estimates of climate change. “As long as they reject the demands of the Vassar Fossil Fuel Divestment Campaign, I won’t be satisfied or particularly impressed,” he concluded.

“Investing in fossil fuels betrays Vassar’s values,” said Laura Sanders ‘00. “I understand that the trustees feel that the sole purpose of investing Vassar’s endowment is to grow the endowment in order to have funds to promote the College’s mission. I believe that’s deeply flawed reasoning.”

“There is no excuse for profiting from investments that threaten the lives and wellbeing of current and future students,” Sanders added.

Campus environmental groups and activists expressed a similar combination of praise and consternation about the 2030 plan.

In a statement to the VPR, Vassar SEED representatives Melissa Hoffmann, Izzy Rico and Joe Wiswell called the plan a “starting point” and said it was “made to prioritize short term achievable and actionable targets.”

Though they recognized the plan as a victory for their group and praised Kenfield for “such amazing work” as well as President Bradley for her close involvement with CASC, they asserted that “the partial decarbonization plan has a few fundamental drawbacks.”

Their main points of criticism are that the plan fails to address the “need to transition Vassar’s buildings off of a central heating system and onto decentralized, electrified heating,” and the emissions of off-campus activities funded by the college like faculty and student travel.

Hoffmann, speaking for the Vassar chapter of the Sunrise Movement, also said that the school hasn’t properly addressed the impact of climate change on the global south and low-income communities.

“We hope going forward Vassar can center the interwoven crises of climate catastrophe, economic inequality, and racism in its sustainability goals and actions,” she said.

Finally, the SEED members reiterated the central critique of the more critical alumni: “We believe that Vassar can not be carbon neutral without divesting from fossil fuel companies. As Vassar develops a revised Climate Action plan, it must include divesting by 2030 and making divestment an administrative priority.”

Vassar Greens member Rachael Kraft ‘21 echoed these sentiments while pointing to a concrete proposal for achieving renewable energy: “there is currently an initiative on campus to replace the golf course with a solar array so that we can produce our own renewable energy on a previously energy-intensive plot of land.”

Responding to concerns about renewable energy, President Bradley noted that “transitioning away from combustion-based heating is a long-term goal for Vassar and was part of our presentation to the Board of Trustees, and we already intend to transition to 100% renewable purchased electricity by 2022.”

However, Bradley defended the school’s lack of divestment from fossil fuels by noting the portfolio’s minimal exposure. ”We have no direct equity investments in the Carbon 200 companies,” she stated, adding that Vassar’s investment managers have steered away from oil and natural gas investments despite the Trustees’ 2017 decision not to adopt a policy of unilateral divestment.

Addressing concerns about emissions created by student and faculty travel, Bradley said that while the current plan only looks at on-campus emissions, now that it’s adopted, the school will enter into a “comprehensive planning process to address all other sources of emissions as well.”

Addressing the concerns of Sunrise, Bradley said “we strive to live up to our responsibility as global citizens. This responsibility is integral to everything we do at Vassar, and our sustainability efforts are no exception.”

She noted the contributions of the Vassar Environmental Cooperative, the Urban Education Initiative, Vassar Refugee Solidarity and the Engaged Pluralism Initiative, as well as the Vassar Haiti Project.

Finally, Bradley reminded concerned students and alumni that the 2030 plan is indeed the first step and that the drafting process for the 2020 Climate Action Plan begins in November.

“I encourage anyone who is passionate about our decarbonization efforts to attend one of our Climate Action Forums,” she concluded.