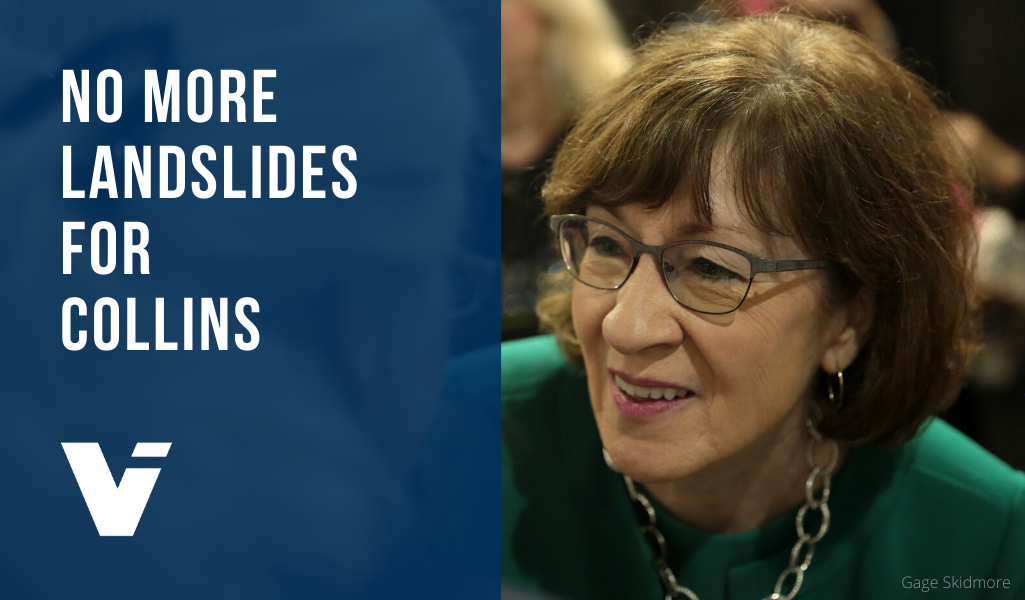 What does impeachment mean for Susan Collins?

The once-popular Maine Republican's vote to acquit Trump may be the last straw for Pine Tree State voters.

Nonetheless, as the Senate vote loomed, questions remained of whether the most conservative Democrats—namely, Joe Manchin (WV) and Doug Jones (AL)—would vote to acquit, or whether the less partisan Republicans would split from the party and vote to convict. In the end, Democrats voted entirely along party lines and the GOP suffered only one defection: Utah’s Mitt Romney.

Besides Romney, the two most likely GOP defectors were moderates Lisa Murkowski (AK) and Susan Collins (ME). But to the chagrin of Democrats, their willingness to buck party lines on pivotal votes from the confirmation of Justice Brett Kavanaugh to the repeal of the Affordable Care Act did not continue into the impeachment trial.

In her vote to acquit the president, Murkowski—a relatively unpopular Republican in a conservative state—may have dodged a tough 2022 primary challenge, while Romney’s vote to convict will likely be a distant memory by the time his 2024 reelection rolls around (although another term of President Trump galvanizing Utah conservatives could make for a different story).

But for Collins, the vote has deep ramifications for her 2020 reelection race, which is expected to be the most expensive in Maine history at around $55 million.

With a disapproval rating of 52 percent—the least popular Senator in the nation—in a state that narrowly voted for Hillary Clinton, Collins can expect November to be a nail-biter.

To be clear, analyzing the current state of politics in Maine is a tricky task. While the state tends to swing left, it is crucial to note that Clinton’s mere 2.9 point win in 2016 paled in comparison to Obama’s sizable 15 point victory over Mitt Romney in the previous cycle.

That alone could suggest that the GOP has gained ground in the state; however, 2018’s blue wave managed to sweep two-term Republican Rep. Bruce Poliquin aside in an impressive Democratic upset, and the Democratic presidential nominee is expected to gain traction in the state this year.

Pair these conflicting accounts of partisan performance in the state with the fact that Collins is reasonably unpopular with members of both parties and it becomes difficult to understand exactly where the senator stands.

Thus, the impeachment vote puts Collins in a precarious position. An October PPP poll showed that if the senator chose to support impeachment, she could expect to trail potential primary challengers by over 30 points come Maine’s Super Tuesday contest.

On the other hand, the same poll found that if Collins voted to acquit the president (as she did), she could expect to trail a generic Democratic opponent (most likely Maine’s Speaker of the House, Sara Gideon) by seven points. After all, following her impeachment vote, Collins’ deficit amongst Clinton voters—a narrow plurality of Mainers—is expected to grow to 83-8.

Regardless, as of the impeachment vote, the senator has no primary challengers, and thus, holds no stakes in defending herself in the March primary. Thus, her vote against removing the president means two things: one, she sees her path to reelection in the galvanization of GOP Mainers—no longer the loyalty of centrist Democrats.

Second, her conscious antagonization of a centrist Democratic base in a state expected to swing heavily towards the Democratic presidential nominee likely indicates that her vote to acquit was one of personal conviction and less of political calculation.

Looking ahead, it’s anyone’s guess as to who could win the seat come November. A poll taken shortly after Gideon’s entry into race last July showed Collins a substantial 14 points ahead, although more recent polling has shown a generic Democrat to be ahead by a mere three points. While her recent vote is expected to widen the deficit, it’s important not to discount the potential for centrist loyalty to the four-term senator and the GOP enthusiasm countering likely Democratic turnout.

Fundraising data shows Gideon to have matched roughly 75% of Collins’ $10 million piggy bank, although the $4 million CrowdPac fundraiser started after Collins’ vote to confirm Brett Kavanaugh that Gideon will receive (if nominated) could put her ahead of the senator.

At the end of the day, it’s clear that Collins’ defeat would be no surprise, although Democrats should be wary of underestimating the senator’s institutional loyalty, growing GOP enthusiasm, and strong fundraising. Regardless, it’s clear that while Collins called impeachment a “pretty big lesson” for the president, her vote may serve as the biggest lesson of her own 2020 reelection race.‍

New York Times - In Private, Republicans Admit They Acquitted Trump Out of Fear‍