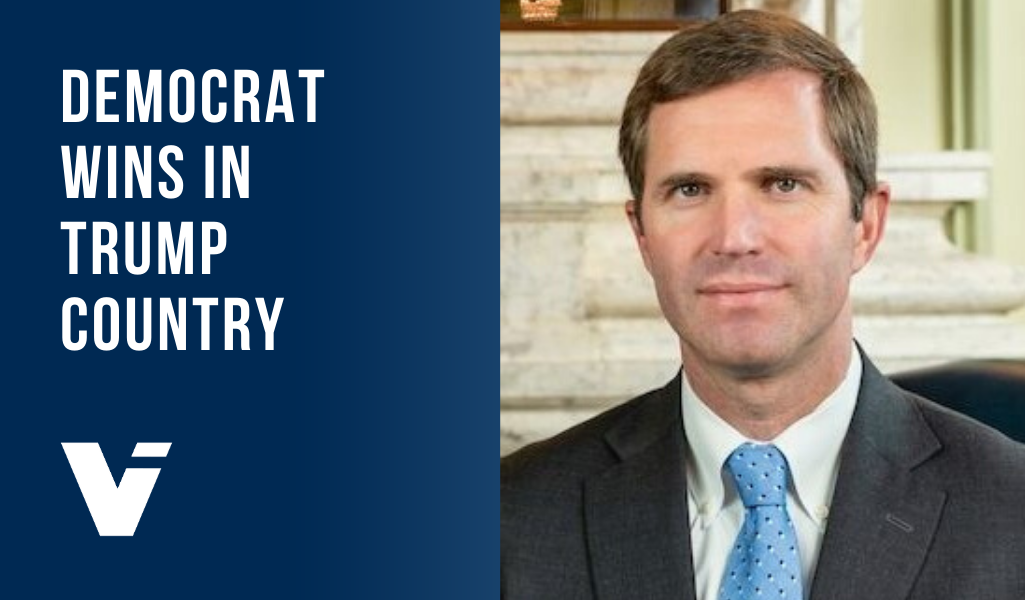 It’s puzzling that one of the most conservative states in the nation would have a hard-line conservative governor who is more unpopular amongst his constituents than nearly every other state governor. Then again, since his 2015 election, Kentucky Gov. Matt Bevin’s across-the-board budget-slashes and off-the-cuff remarks to the press have antagonized voters across the ideological spectrum.

In his four years as Governor, Bevin has declared the “Year of the Bible,” cut Medicaid coverage for over 460,000 Kentuckians, and claimed that teachers are responsible for children’s sexual abuse in response to a teacher’s strike.

So, when Kentucky’s Democratic Attorney General Andy Beshear jumped in the race for the Governor’s Mansion, he was able to quickly mobilize an impressive campaign in a once-solidly Democratic state that has recently grown hostile to the party.

Beshear’s common-sense platform, focusing mainly on local and state jobs, education, and pensions, largely eschewed the polarizing issues that managed to put Bevin so out of touch with a state that should have been in the palm of his hand.

The night before Election Day, President Trump filled Lexington’s Rupp Arena with supporters as he gave his final pitch for Bevin along with Kentucky’s senators, Mitch McConnell and Rand Paul. Turning the focus away from Bevin and towards himself in a state that voted for him by nearly 30 points, Trump explained that a victory for Beshear would send “a really bad message… you can’t let that happen to me.”‍

But despite the president’s impassioned home-turf plea, Election Day proved to be a nailbiter.

After all 1,440,000-plus votes had been tallied, Beshear led Bevin by a razor-thin margin of just over 5,000 votes—a mere 0.4 percent. As Democrats nationwide congratulated Beshear, whose campaign called on Bevin to exit gracefully, the governor refused to concede and requested a statewide recanvass, which began on November 14th.

But after the recanvassing showed the governor still trailing Beshear by 5,136 votes, he announced that he would not contest the results with the state legislature. After conceding, he added, "I appreciate the fact that his administration was already moving forward in a smooth transition.”‍

With only about a week until Beshear’s December 10th inauguration, it’s already become clear that his Kentucky will be a sharp departure from Bevin’s. In an undeniable snub of Bevin’s drawn-out hostilities with public school teachers following his decision to pursue pension reform, Beshear used his first inauguration announcement to declare that teachers will be the grand marshals of his inauguration parade.

And as part of his insistence on bringing decency back to Frankfort, the incoming governor has also stated his intention to nominate cabinet members on both sides of the aisle—a bipartisan olive-branch that would have been unheard of in the previous administration.

There’s no question that Beshear’s administration will have to rely on friendships in the GOP. With Republicans in the statehouse outnumbering Democrats by 20 and Democratic Secretary of State Alison Lundergan Grimes yielding her office to a Republican after eight years on the post, there’s little room for any liberal hardlining.

There’s no question that Beshear’s victory had more to do with Kentucky’s disdain for Bevin than anything else, but if Beshear sticks to his word, his time in the Governor’s Mansion could end up meaning the rebuilding of a burnt bipartisan bridge.

Only time will tell if Beshear will manage to achieve popularity as Governor, and just as importantly, if he will be able to stand his ground in 2023 against a Republican who isn’t hated by his own party. Nonetheless, the next four years in Kentucky will be well worth watching. ‍

Kentucky Herald Leader - ‘Tug of war’ over KY education. How the battle between Beshear, commissioner is shaping up‍

Washington Post - A Warning for Republicans: Trump Can't Win You Your Reelection‍