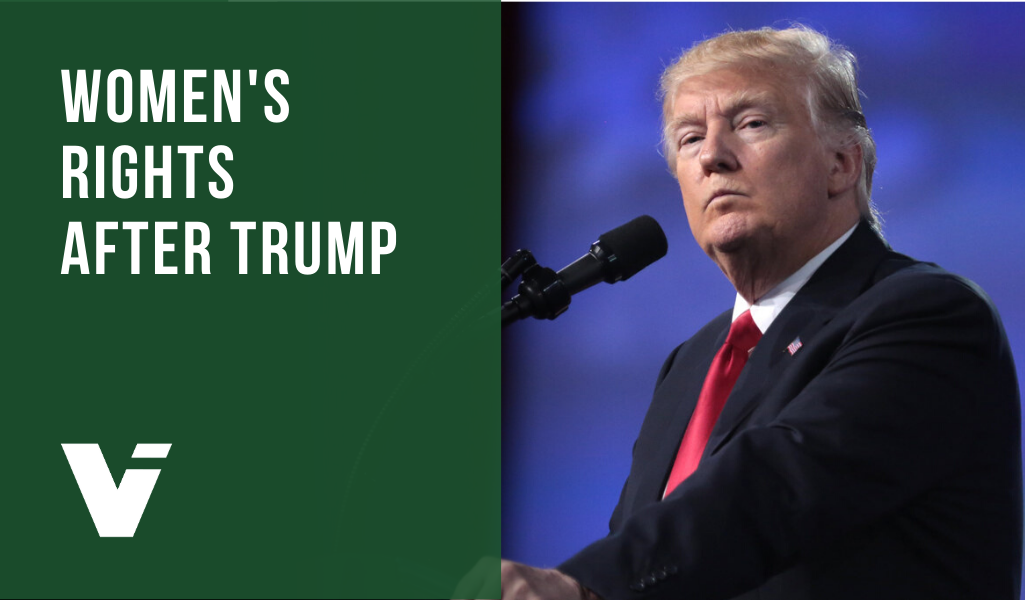 What would a post-Trump America look like for women's rights?

If in the unlikely event Trump was removed by the Senate and replaced with Mike Pence, what would that mean for reproductive rights in America?

January 22 marked the 47th anniversary of Roe v. Wade, the 1973 Supreme Court ruling that access to safe and legal abortions is a constitutional right. This year, as usual, thousands of anti-abortion activists participated in March for Life, a march from the White House to the Capitol to voice their disapproval of the historic verdict.

Inside the Capitol, President Trump, an outspoken supporter of the pro-life movement, is being tried for charges of high crimes and misdemeanors. The House of Representatives voted to approve both articles of impeachment in December, and the trial has moved on to the Senate, where another vote will soon take place.

In the event that two thirds of the senators vote to convict and remove Trump from office, he would be replaced by Vice President Mike Pence. Frank Bruni of the New York Times argues that having Pence as America’s Chief Executive might be just as undesirable as having Trump. He writes, “Trade Trump for Pence and you go from kleptocracy to theocracy.” Pence is also a staunch pro-life advocate; in his own words, “I long for the day that Roe v. Wade is sent to the ash heap of history.” As president, he would no doubt continue to push an anti-abortion agenda similar to or even more aggressive than Trump’s.

But Trump’s removal seems extremely unlikely, given that the trial is winding down and the majority of senators are Republicans. Many predict that the Republican-led Senate will vote along party lines, just as the Democratic majority in the House did. Trump will be acquitted and stay in office, and Pence will never take over.

In that case, what would reproductive rights look like in America?

It partially depends on the outcome of the 2020 election.  When President Trump joined March for Life protesters this year, he became the first sitting president to attend the rally in person. “We are here for a very simple reason: to defend the right of every child, born and unborn, to fulfill their God-given potential,” he said during his brief remarks. Under the Trump administration, states have been introducing tougher restrictions and passing “heartbeat” bills that ban abortions as early as six weeks into the pregnancy. A second Trump term would probably include more of this state-level legislation, spurred on by the president’s pro-life perspective.

Conversely, most potential Democratic presidents would try to codify abortion rights into law.

But regardless of whether Trump gets reelected or even makes it through his first term, he has made a lasting impact on the future of reproductive rights in this country. In January, 200 Republican members of Congress requested that the Supreme Court overturn Roe v. Wade. In some ways, this is plausible. Trump’s appointment of Justices Neil Gorsuch and Brett Kavanaugh created a conservative majority in the Supreme Court. Even if the justices don’t decide to overturn Roe v. Wade this year, they may uphold state laws that make abortion challenging to obtain despite being legal. Thus, women’s rights have already been potentially irreversibly endangered–even in the event of a Democratic victory in 2020 or a successful removal–by virtue of Trump’s transformation of the courts.

Elizabeth Stockton Perkins (’23) is a prospective Drama major from Wooster, OH. On campus, she serves as the piano accompanist for the Office of Religious and Spiritual Life and Contemplative Practice, and is pursuing her interests in writing, theater making, and vocal performance.