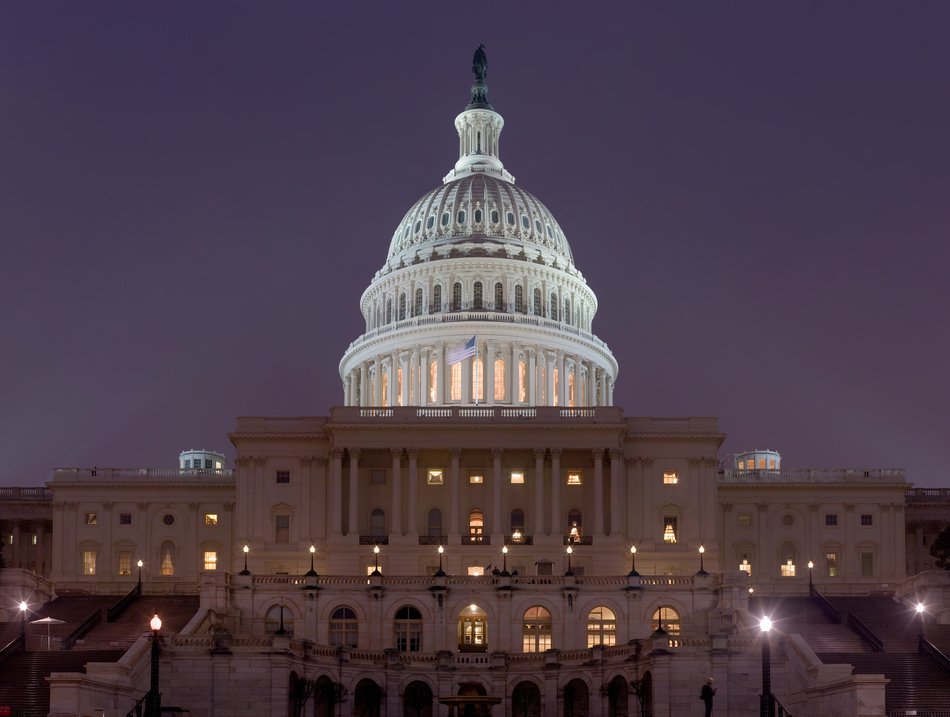 On the afternoon of January 6, 2021, shortly after a joint session of Congress had convened for the routine purpose of tallying the already-certified electoral votes of the 2020 presidential election, a mob of pro-Trump rioters broke through police lines and stormed the Capitol.

These domestic terrorists had been fed lies and conspiracy theories about a “stolen” and “rigged” election. Many among them were white nationalists and believers in the deranged internet conspiracy theory known as QAnon. This was an attempted insurrection – a coup to reverse the results of an entirely legitimate, fully secure election. It was an attack on democracy.

Even before the November election, and certainly since, Donald Trump and many of his powerful supporters had been conditioning their voters to reject the legitimacy of any election result that did not go his way. They spread lies and conspiracy theories – about malicious voting machines, forged ballots, foreign bribery, and more – and persisted with dozens of lawsuits lacking a singular scrap of evidentiary backing, refusing to acknowledge the results of the 2020 presidential election.

When these reckless delaying actions were rejected by responsible judges, dozens of members of both houses of Congress joined Trump’s inner circle and bought into their conspiratorial lies, pledging to object to the counts from several key swing states. While the Electoral Count Act of 1887 allows for such objections, it was passed at a time when some states sent competing slates of electors to Washington, and Congress was forced to decide which to accept.

The routine tallying by Congress of a unanimously certified election is not a venue for the federal government, at the behest of the executive, to overturn the results of that election, especially on the basis of lies. There is no such venue, or else any president could remain in power indefinitely, against the voice of the people and in contravention of the rights of the states.

These efforts were always bound to fail, and so, on the morning of the sixth, Donald Trump spoke to a large crowd near the White House. Having failed to force the vice president to do his bidding, Trump incited the crowd to march on the Capitol in order to prevent the democratic proceedings in which the will of the people would be confirmed and to keep himself in power. He sicced an armed and violent mob against the legislative branch, putting the people’s representatives in grave and immediate danger.

Reports from inside the White House reveal that Trump was initially excited and supportive when the building was stormed and resisted calls to deploy the National Guard. Every statement from the president, even if lukewarm and qualified, had to be forced laboriously out of Trump by voices both within the White House and without.

Yet, it could have been even worse. While the Capitol Police was woefully unprepared, and some officers even appeared to aid the insurrectionists, they were at least able to secure the House of Representatives chamber and evacuate all members of Congress and other officials to safety.

Harrowing photographs and video footage from inside the breached Capitol show at least one attacker carrying zip ties for restraining hostages and a mob baying for the blood of Speaker of the House Nancy Pelosi, Vice President Mike Pence, and other lawmakers. Around Washington, law enforcement has found pipe bombs and a cache of weaponry, molotov cocktails, and a homemade napalm-like substance.

Thankfully, congressional staffers had the presence of mind to take the certified receipts of each state’s electoral votes to safety, or they would almost certainly have been destroyed.

If foreign adversaries had embedded capable operatives in the insurrection, the death, destruction, and damage to our democracy could have been infinitely worse. Even if members of Congress had still been protected, foreign operatives, allowed to roam free in the seat of American government, could have taken unimaginable troves of information vital to national security.

The government’s response to this travesty must be resolute, united, and unflinching. With such a short amount of time left before Trump leaves office – as he has now, finally, agreed to do peacefully on January 20 – not all of these steps may be immediately, logistically feasible.

Nevertheless, the defense of our democracy demands that the following measures be taken to the fullest extent and with the greatest expedition possible. A numbing and, yes, refreshing normalcy in the early days of the Biden administration must not be allowed to push the effort to crush this insurrection to the backs of our minds.

First, the vice president must convene the cabinet and invoke Section Four of the Twenty-Fifth Amendment to remove Donald Trump from office.

Second, and concurrently, the House of Representatives must vote swiftly to impeach the president and the Senate to convict him and remove him from office. They must bar him from holding any public office again.

Third, the Department of Justice must prosecute everyone at the highest echelons of government found to be involved in inciting this insurrection, Donald Trump among them, to the fullest extent of the law, up to and including charges of Seditious Conspiracy (Title 18 United States Code, Section 2384).

Fourth, Congress must initiate a bipartisan commission to recommend to both houses which members of each house should be expelled for their complicity in instigating the insurrection, breaking their oaths to serve the nation and defend its Constitution. GOP Senators Ted Cruz of Texas and Josh Hawley of Missouri should be foremost in the commission’s considerations.

Fifth, law enforcement agencies – federal, state, and local – must use all legal means to track down, arrest, and charge to the fullest extent of the law every member of the mob who stormed the Capitol and who committed acts of violence inside or outside the Capitol.

Sixth, Congress must initiate a bipartisan commission to painstakingly investigate everything and everyone that led to or failed adequately to stop the attack of January 6. There are too many questions to list – and, doubtless, many more questions will emerge as time goes on – but among the topics of investigation must be: Why was the Capitol Police Department so unprepared? Why did some officers apparently aid the insurrection? Why were so few arrests made and so little force used against the insurrectionists?

The Capitol insurrection brought home to many Americans more viscerally than anything before in the Trump era how fragile our system of government can be when, for cynical political purposes, large swaths of the electorate are conditioned to believe that any election that does not go their way must be illegitimate, not to mention the danger of the cultish fervor with which many voters are devoted to Donald Trump.

Democracy relies on the trust of the people, and that trust requires the good faith of elected officials and all public figures not to undermine it. Democracy is not natural; the American republic is a two-hundred-and-forty-four-year anomaly in human history. Despite its many, profound, and continued failings, this aberration – with the unfailing devotion and sacrifice of those who believed in all that it was and all that it could and should be – has secured and expanded unprecedented liberty, prosperity, and opportunity at a larger scale and to a more diverse populace than could ever have been imagined, even by this nation’s own founding generation.

The insurrection emphasized that – beyond the immediate action that must be taken to punish those responsible for the attack – there are much deeper ills in our democracy that cannot be resolved by the justice system or by Congress alone.

The American people have been losing faith in their government over the course of decades, long predating the dramatic and explicit escalation of this distrust under Trump. The Biden administration must move decisively to pass necessary reforms on a host of issues – healthcare, immigration, and infrastructure, to name just a few – and patriotic Republicans must be willing to cooperate and contribute to this rebuilding effort. Obstruction is not an option if the Republican Party wishes to have any future.

Fortunately, and inspiringly, democracy prevailed on January 6. Despite the sinister goals of the attackers and five deaths, the nation’s strong democratic institutions were not in immediate peril. Congress was back at work in their chambers that very evening, and the results of the election were duly verified.

Even so, after they and their colleagues had been directly threatened by the attack, seven Senate Republicans and over one hundred Republican members of the House perpetuated the seditious lies that subverted faith in the results of the 2020 election that led directly to the attack on the Capitol. Their specious, gaslighting argument that they were merely voicing the concerns of their constituents – whom they willfully misled in the first place – cannot be allowed to stand.

There is no kind, gentle, democratic way to undermine democracy. These lawmakers should be expelled by the Republican Party, or – if the rot within that party is too deep to overcome – those Republicans loyal to the country and the rule of law above all should resign and form their own party. This step is not easy, and is perhaps not politically expeditious in the short term, but it is right and just.

In July of 1864, a Confederate army under General Jubal A. Early reached the northwestern outskirts of Washington, DC after a campaign through Virginia’s Shenandoah Valley and into Maryland. Encountering strong Union defenses at Fort Stevens, they withdrew in the face of a concerted Federal counterattack two days later.

The Battle of Fort Stevens was the closest an insurrection had ever gotten to the seat of American government. One hundred and fifty-seven years later, the Confederate battle flag – a banner of treason and slavery that stands manifestly against the highest American ideals of freedom – entered the Capitol and was paraded through its halls.

If nothing else does, this sickening display should force officials in every level of government to the realization that something needs to change. Just as loyal members of Congress led the effort to preserve the Union during the Civil War and endeavored to strengthen and expand American democracy in its aftermath, Congress must take action immediately to counter the threat of political extremism and the violence it inspires. The people’s representatives must work to ensure that their constituents trust in and believe that they have a stake in protecting their democratic government and its institutions.

To paraphrase a comment made by CNN political analyst Van Jones during the attack, let’s make sure this is the end of something, not the beginning.

Slate – What I Saw Inside the Capitol Riot

Foreign Affairs – The U.S. Struggle Proves That Democracy Is Priceless