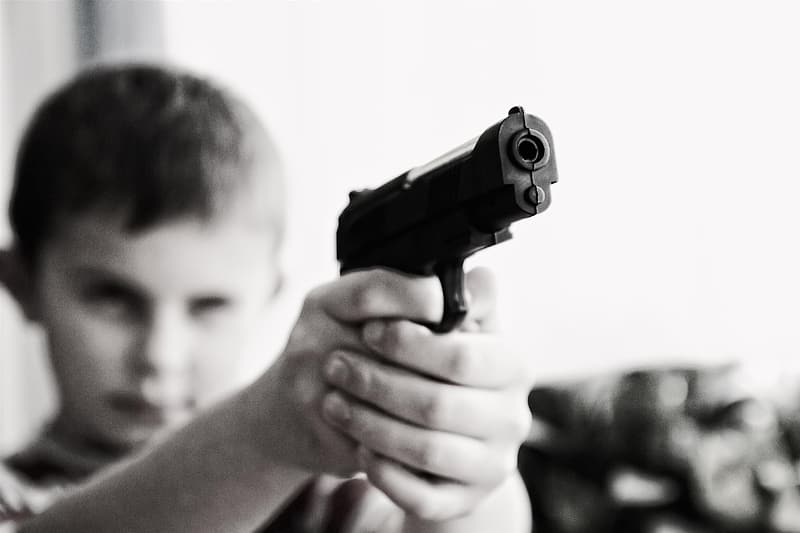 Lanza. Harris and Klebold. Purdy. Harper-Mercer. Cruz. What do these names have in common? They’re all male and all white; all are between the ages of 16 and 26. Five out of the six committed suicide, with the last and most recent, Nikolas Cruz, now on suicide watch. And as of February 14th, 2018, they’re all school shooters.

It’s no secret that the United States is experiencing a gun violence epidemic. In 1986, mass shootings occured in post offices, giving rise to the expression “going postal.” Briefly, it was movie theatres, including the Aurora shooting that killed twelve. Now, it appears that the new arena is schools. After all, if you have easy access to a gun and your mission is to hurt dozens of people, schools are a devastating but no longer surprising location.

Wednesday’s tragedy marked the sixth school shooting of the year–not the eighteenth, according to a false figure that has been circulating online. Still, the number of school shootings since Columbine in 1999 is tragic, with over 150,000 students having experienced a shooting on their campus. Concerning Wednesday’s attack, the New York Times shares what we currently know, but there remain questions on a broader scale. Why is it that white men, more than any other demographic, are responsible for mass shootings in the US? Why do most shooters fall between the ages of 16 to 25? Finally, what role does toxic masculinity and white privilege play in both the shootings and the way that they are portrayed by the media?

Since 1966, ninety-eight percent of mass shooters in America have been male. Given the way that guns are targeted toward men, that is no surprise. Young boys grow up playing violent video games and shooting toy guns at each other. Men are three times more likely to own a gun and of the women who own them, most only own one small handgun for protection (presumably as protection from a man who may pose a threat to their safety). Though the United States makes up only 4.4% of the world’s population, Americans own over half of the civilian-owned guns.

However, of these American gun-owners, just 3% own roughly 17 guns apiece. These people are often referred to as “super owners.” Super-owners are particularly likely to be white, male, conservative, and participate in aspects of “gun culture” such as hunting and watching gun-related television. The underlying message is simple: white male power comes through domination and violence. Guns have become such a staple of American culture that it is impossible to imagine the two as separate. There are now more guns in circulation in our country than there are human beings. Guns have become both a symbol of masculinity and a method of protecting it. And in this day and age, men, especially white men, feel an increasing need to protect that ideal.

The reasons manifest themselves in different forms. More women are in college and the workplace than ever before. There’s the overused claim that immigrants are stealing jobs. We had a black man as president and, slowly but surely, greater numbers of women, people of color and religious minorities are occupying elected offices across the US. It’s undeniable that white men still hold a majority of the power, but they are losing some of the security that used to be promised to them. No longer is it guaranteed that white men can easily go to college and acquire a job without a significant degree of accomplishment. They find themselves wondering what happened to the supposed American dream, and they look for a scapegoat rather than accept that a system which benefits white people or men at the expense of everyone else is inherently wrong.

Not only do we raise boys with toy guns, but we raise them with the extreme pressure to prove their masculinity. If upset, boys are told to stop crying by father-figures and other toxic male presences because crying is deemed too ‘feminine.’ Many of them instead handle their emotions through displays of anger and violence. In fact, men are more likely to engage in violent behavior if they believe they are falling short of such aspired masculinity. There’s a startling correlation between mass shooters and domestic violence- in 54% of mass shootings, the shooter also killed a family member or partner.

Comedian Michael Ian Black tweeted on Thursday in response to the Florida shooting that “if you want to hurt a man, the first thing you do is attack his masculinity. We’re terrified of being viewed as something other than men.” Men are dictated by society that, if they are to be considered truly male, they must be providers for their families. However, as of 2015 women were the primary source of income in 42% of American households. Men everywhere are less likely to seek help for issues such as depression and substance abuse, despite the fact that they are 3.53 times more likely to commit suicide than women. They are raised to not show vulnerability, and that means not seeking help for issues that potentially lead to suicide, homicide and mass shootings.

Be that as it may, it is a dangerous argument to blame all mass shootings on individuals with mental illness rather than an issue with society. Already, people are beginning to discuss how Nikolas Cruz, the shooter in the recent Florida tragedy, potentially has autism or a learning disability. Stephen Paddock, the man responsible for the Las Vegas shooting was suspected to have bipolar disorder, and Adam Lanza was said to have obsessive-compulsive behaviors. However, this paints the picture that individuals with mental illness are inherently dangerous and violent, when in reality most of them are just trying to get by in life and, in severe cases, are more of a threat to themselves than others. The American Psychological Association warns against blaming mass shootings on mental illness. In fact, mass shootings by people diagnosed with or in treatment for severe mental illness account for less than 1% of annual gun-related murders.

President Trump stated that he plans to “tackle the difficult issue of mental health,” but, he should be more focused on policies concerning guns. Furthermore, many are quick to turn to mental illness as an explanation for a shooting, but usually only if the shooter is white. When the shooter is Muslim, the crime is attributed to terrorism. When the shooter is black, the crime is attributed to race. In both of these cases, police respond quickly and the shooter is often killed on site. However, when the mass shooter is white–as they are in most cases–people immediately begin to discuss the role that mental illness played in the attack.

This rhetoric creates a baseline upon which these white shooters can then be classified as isolated incidents, rather than parts of a larger pattern in white society. The frequent NRA line “guns don’t kill people, people kill people,” flourishes when this reasoning is perpetuated. It allows pro-gun lobbyists to ignore the fact that guns are always the common denominator in shootings. When the shooter is Muslim or black, conservatives often propose an overarching and often authoritarian all-in-one solution (i.e. a Muslim ban and Stop and Frisk). When the shooter is white, suddenly the only solution becomes "thoughts and prayers."