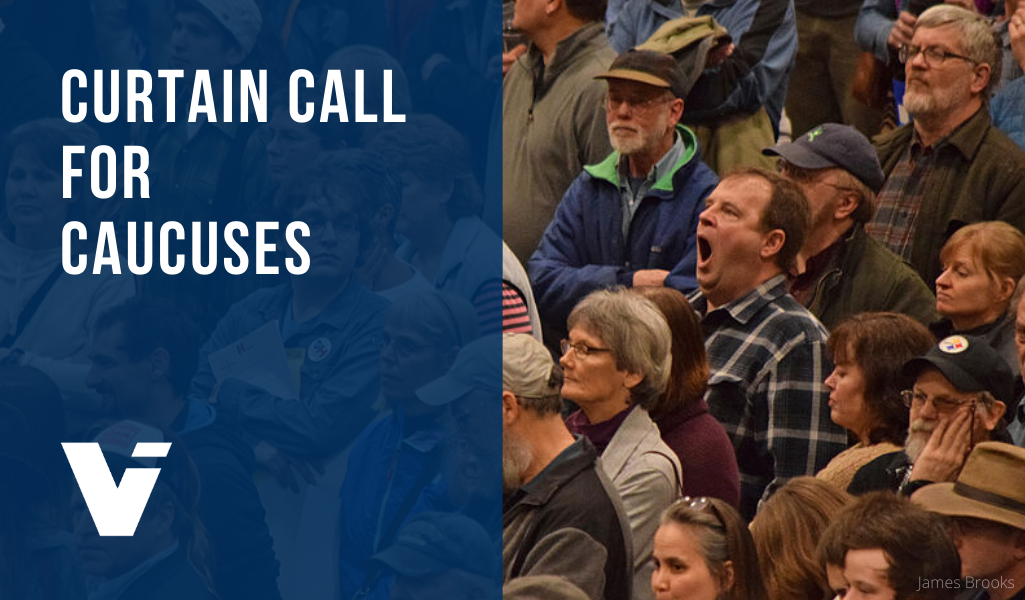 Why caucuses need to go

In the 1830s and 1840s, a political movement swept through the working class regions of England. Known as Chartism, it called for democratic reforms to the government of the United Kingdom, which at the time was dominated by the landed aristocracy. While it failed to directly achieve its demands, it left a lasting legacy that inspired future political reformers.

One of the primary demands of the Chartists was the implementation of the secret ballot during elections. Voting until then was open and public, and employers and landlords were often able to influence the votes of their employees and tenants with the threat of termination or eviction if they voted against their wishes. In addition, the practice of ‘treating,’ providing voters with food and drink to influence their vote, was common in both Britain and the United States. Even George Washignton bribed voters with free alcohol to win election to the Virginia House of Burgesses.

The secret ballot was eventually introduced in the UK in 1872, and implemented widely in the US in 1890. It has been so successful that most people do not even realize voting was ever done a different way.

And yet, the Iowa and Nevada caucuses, and their like in Wyoming and North Dakota, still harken back to this bygone era.

Of course, modern caucus-goers are not subjected to intimidation or bribery like voters in the 19th century. However, the public nature of the caucus means they are still liable to be influenced or otherwise coerced when attempting to cast their vote. As the Washington Post puts it, “the arcane process involves allegiance-switching and deal-brokering among different camps.”

Being forced to vote in front of the scrutiny of their friends and coworkers can lead to many participants feeling unable to vote for the candidate of their choice for fear of being judged. And, just as worrisome, such fear can lead to many staying home and not voting at all.

For example, at the recent Nevada caucuses on February 22, a Culinary Workers’ Union official observed the caucus site at the Bellagio resort in Las Vegas. Given that the union has criticized Bernie Sanders’ ‘Medicare-for-All’ plan, it is understandable that workers planning on voting for the Vermont senator might feel intimidated by the caucus.

Caucuses are not simply undemocratic because of their public nature, however. They are fundamentally inaccessible to many citizens. The caucus process can take several hours, often on a weekday evening, sometimes in the middle of winter. For many people, such as those who have to stay late for work or who have children to take care of, caucusing is unfeasible

The effect of these factors can be seen in the primary turnout numbers for states with nominating caucuses. And the differences can be shocking.

In Minnesota, which did away with its caucuses in favor of a primary after the last election, turnout for the 2016 presidential election was 74 percent. But for the caucuses? Just 8 percent.

More evidence can come from comparing the turnout from the first two nominating contests: Iowa and New Hampshire. In 2016, turnout for the New Hampshire primary was 52 percent of eligible voters. For the Iowa caucuses, it was just 15.7 percent.

The caucuses are an inaccessible, convoluted relic. If such states are serious about improving democracy, they should follow the example of states like Minnesota, Maine, and Kansas and do away with such an undemocratic practice.