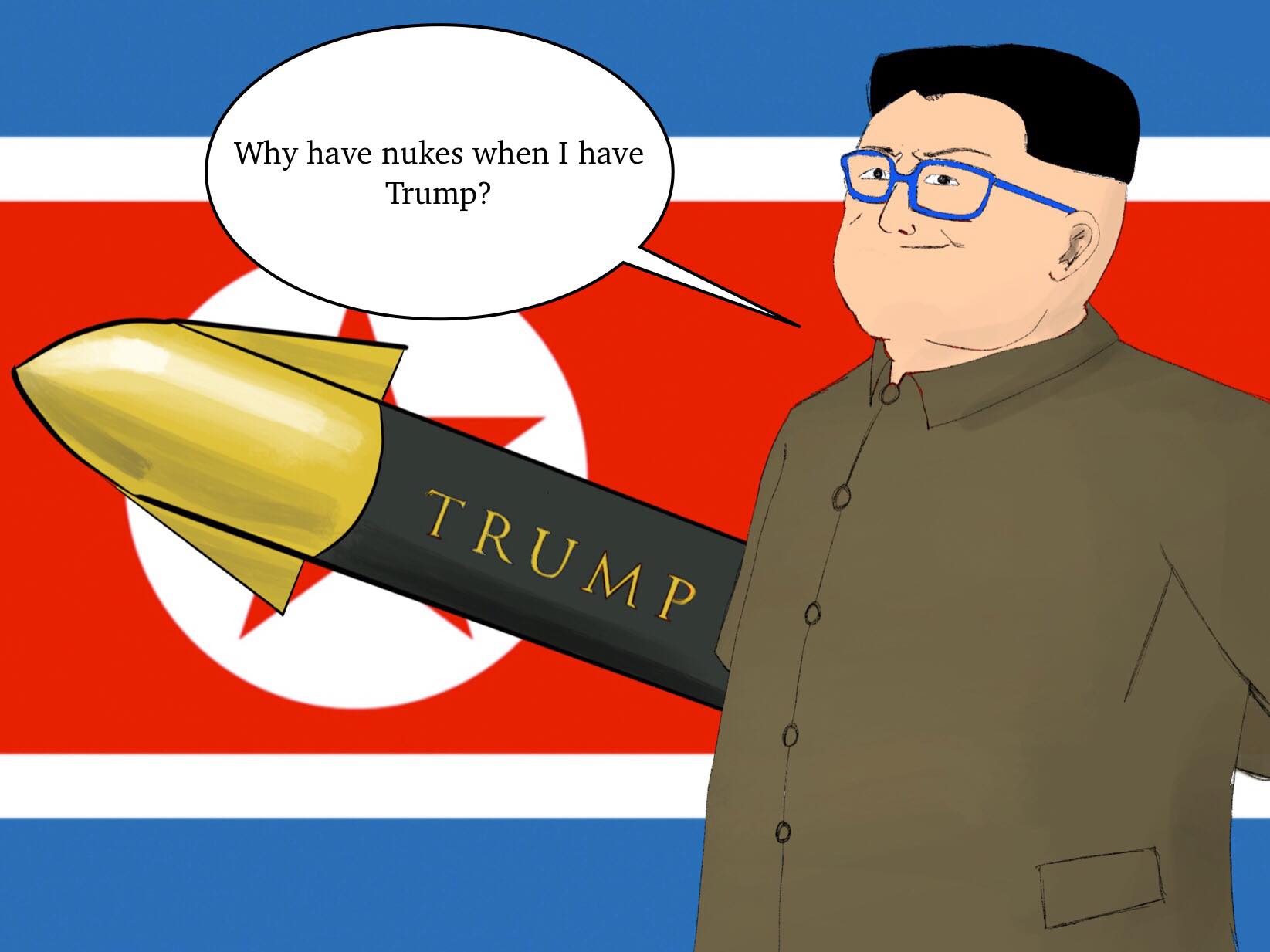 Why have nukes when I have Trump?

To what can we attribute Kim Jong Un's sudden willingness to compromise with the US and South Korea? While some point to brutal American sanctions and a lack of Chinese support bringing to the regime to a breaking point in support from the rich ruling class, there is another theory. Some people believe that Kim Jong Un views Trump as more vulnerable and easy to manipulate than Obama and that by denuclearizing now while Trump is President, Kim Jong Un would be able to get more concessions from the US. This opportunistic theory was proved somewhat circumstantially sound when Trump praised Kim Jong Un's treatment of three Americans he had kidnapped, calling the dictator "excellent." Only time will tell what may come of Donald Trump and Kim Jong Un's negotiations.

Telegraph - Kim Jong-un is not crazy but a 'rational actor', CIA officials state